Witnessing a cloaca of immaturity in Prague

Cross-posted with Daiva.Repeckaite.com - feel free to comment the post there. Prague is probably by far the most known and popular city in Central and Eastern Europe, with hordes of tourists and large numbers of exchange and full degree students. Some people know Prague as a city of sophisticated culture, the birthplace of Franz Kafka. Others associate it with nightlife and youth.

It appears that Prague fell victim of its own success. The city is continuously being reshaped and damaged by the flows of tourism, and locals are losing a sense that the city belongs to them.

My first acquaintance with Prague started on a Friday night – this was perhaps a mistake and I strongly discourage everyone to start exploring Prague from its weekend nightlife. I met some international students using CouchSurfing. Having asked one of them if he would consider staying in Prague, I heard that there was no way he would stay there. He found locals too materialistic and used to viewing foreigners as walking piles of cash. I thought to myself that it’s probably not difficult to get this kind of experience, but still, everything depends on the contingencies of experience.

We went to a club called Chapeau Rouge – an awful, awful place even to someone as tolerant as I am. Apparently, many foreigners develop a habit of going there, alhough I don’t see a reason why they would. The place had boring music, and one of he two DJs looked like she was dead-bored, just like I would have been if I hadn’t been in a nice company. We did dance, and we stayed there for quite a while, because the people were fun to be with, and the whole night was comparable to some of my Erasmus memories, when we would dance to trashy music as if it was the best match to our taste when we were with the great friends we had there. A more unpleasant thing was that here were many people on drugs, with their eyes crossing and rolling, and, even worse, lots of easily identifiable sex tourists. Their looks felt sticky, and in no other club I’ve been to it appeared to be accepted to grab someone’s elbow supposedly in order to start a casual chat on the way to the toilets (people do that on dance floors, but not restrooms). Those are situated along a narrow corridor, not segregated by gender. Having in mind that the typical visitors of that place were quite an unpleasant crowd, it’s better to keep visits to toilets to a minimum.

As I was observing people, I was thinking, what exactly is wrong? They do he same things as others do in clubs around the world (and I’ve been clubbing on three continents and in lots of places in Europe, from Istanbul to Gothenburg). But there was an aura of cheapness and immaturity. Later days in Prague made me think that the poor pretty city is a victim of its popularity among relatively average travellers, who are interested in going somewhere cheaply and letting their destructive energy out. 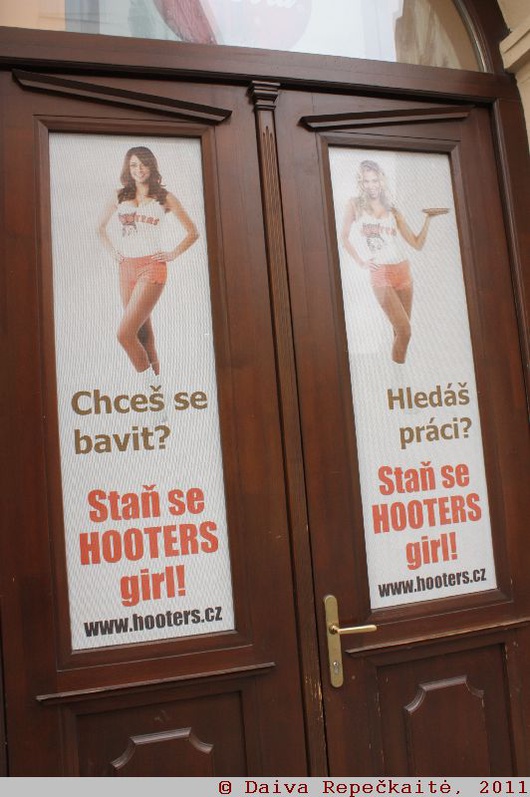 According to this Prague tourism website, which even gives potential sex tourists tips how to avoid being ripped off (come on, they deserve it!), 40% of such tourists come from Germany. Overall, the industry employs 10,000 workers and generates over EUR 400,000 in Prague alone. Male and female sex workers are recruited from among troubled orphans and runaway children, as Czech Radio reports. Most start very young and get absorbed into the world of drug addiction, disease and social exclusion.

Prague is, clearly, a popular destination for British stag nights. Those used to make clubbing in Vilnius a rather unpleasant experience sometimes. Basically the idea is that a bunch of men, one of whom is getting married soon, travel to a place they don’t care about and immerse themselves in cheap pleasures. They have no respect for the country and its culture, so many of their adventures are all about showing that disrespect, such as getting on stage to disturb a performance in a bar or peeing on the walls of public institutions. I’ve heard there were pubs in Tallinn who don’t allow groups of British men to enter at all – quite regrettable, as most generalisations are. Behaving with local women as if they were consumable objects is also a part of the ‘party’.

The factors that attract sex tourists to Vilnius and to Prague are rather different. Both places offer very cheap alcohol. But the types that are mostly attracted to Vilnius were those who shun direct pragmatic transactions and enjoy the aura of romance. Those are, as a rule, Southern Europeans. Many young women seem to be interested in getting experience with Southern European men, therefore the transaction involves cocktails, presents, etc, but not cash.

Meanwhile, Prague is known for legal prostitution (whereas in Lithuania buying sex is a criminal offense, following the Scandinavian model). It was quite clear from the first sight, and later confirmed by some I talked to, who has worked in several clubs of Prague, that such tourists would prefer to get what they want for free, but they are ready to pay in case of failure to do so. I instantly remembered a story of two young men from different EU countries trying to get an adventure in Kiev and being told by the women they hit on in a bar how much exactly it would cost. Yet, looking around at Chapeau Rouge, I didn’t see this sobering pragmatism in women.

Something very interesting and worth a compliment is that the industry is at least more gender-equal than in most places. Options are available for women and homosexuals. There are special nights for older women in some clubs. Guess, where do most female customers come from? You are right, Scandinavia.

Yet in any case, this is not about playful liberation of human desire. The reputation of Prague seems to attract frustrated and disrespectful individuals. When I went out of the club, to my horror, I saw that the centre was full of equally distasteful people as in Chapeau Rouge. A young blonde woman was vomiting on the street. A group of drunken American tourists were telling each other about their other parties so loud that one could have taken notes two blocks away. Some women were stumbling ob their high heels just like in London. Like in Tokyo, African men, employed to advertise clubs on the streets, were looking at passers-by and trying to judge whether those can be easily seduced by their club or not. I don’t remember hearing a single word in Czech even once. Sounds, bodies and liquids were flowing in the streets, polluting the serenity of all the old-town buildings, which have seen a lot. 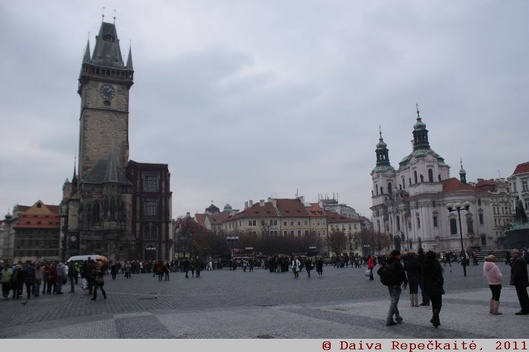 The next day, having constantly bumped into crowds of daytime tourists and kitschy shops designed for them, I had a dinner with a young Czech translator. ‘How do you feel about tourism in your city?’ I asked. He was very polite and started from saying that it was good for the economy and so on. I asked him whether he felt the city still belonged to the locals. Sensing my sympathy, he was now more open and said that most locals simply learn to avoid certain parts of the city at certain times of the week. A typical Czech party would consist of a drink in a bar and a home party.

In the following days I met some totally amazing locals and was indeed invited to a home party. As Friday’s flow of bodies and sounds makes many personal things overly public, social life of the locals has become private. On the other hand, the person I met on Saturday explained that the crisis has reduced some types of tourism, particularly stag nights, so the city can feel a little relieved. 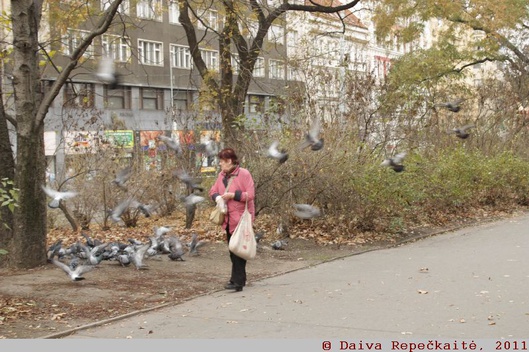 Only when I took long walks on weekdays I realised why so many people in my life are fascinated with Prague. On Mondays and Tuesdays, when booze-and-sex tourists are probably writhing in their hangover, you can see young artists, families with children and senior citizens confidently walking in public spaces that should always belong to them. Prague, the home of one of the best Central and Eastern European universities, lots of creative people, outstanding architecture and the ghost of Franz Kafka, becomes the city that inspires and welcomes people who respect it.