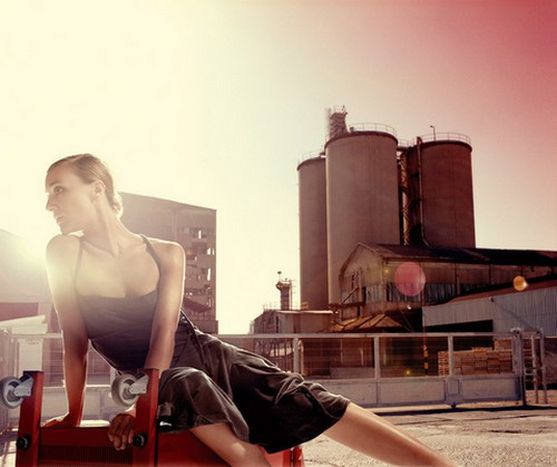 The EU's chemical regulation - at a glance

'Registration, Evaluation and Authorisation of CHemicals' (REACH) will be monitored from one central point, the newly created European Chemicals Agency (ECHA) in Helsinki. It's described as the 'public face' of the new REACH system 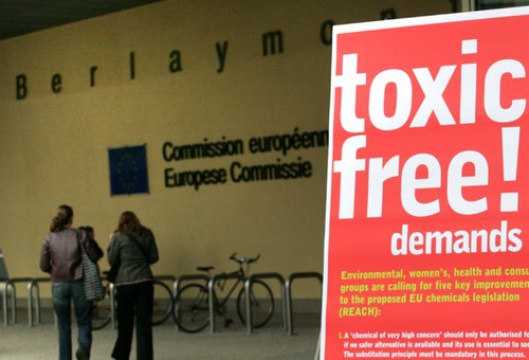 REACH was formally adopted on December 13 2006, and is due to take effect on June 1st. It's a regulation - not a directive - replacing forty pieces of existing legislation 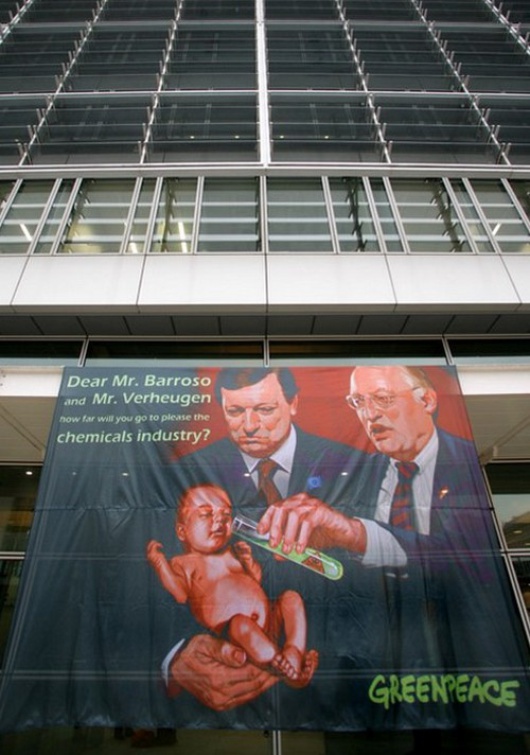 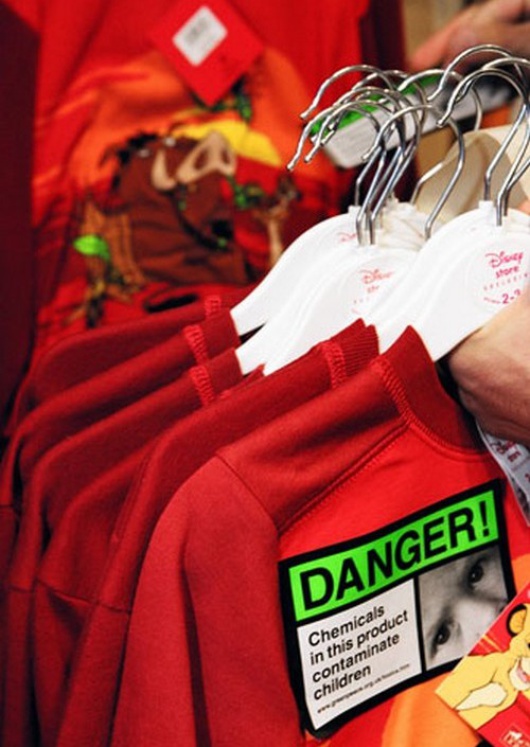 The Greenpeace campaign showed how hazardous chemicals exist in a wide range of products, including cosmetics, DVD-players and shower curtains. Not forgetting in the clothes we wear everyday: here, Greenpeace volunteers defiantly put warning stickers on Disney childrens pyjamas 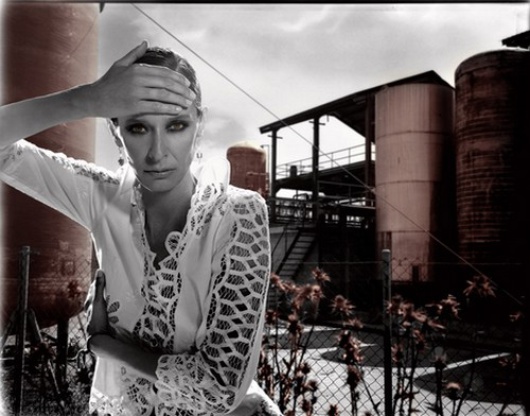 30, 000 chemicals in everyday household products will be regulated through REACH. But the chemical safety bill has its loophole; it legalises a formal filing of paperwork, namely supplying data on actual chemicals. It doesn't stop hazardous chemicals from being used, or necessarily safeguard European public health the best it could. 'Certain common chemicals such as PVC, plasticisers, flame retardants and others have been linked to the serious long term decline in human fertility over the last few decades' (Greenpeace report) - and this merely in the textile sector 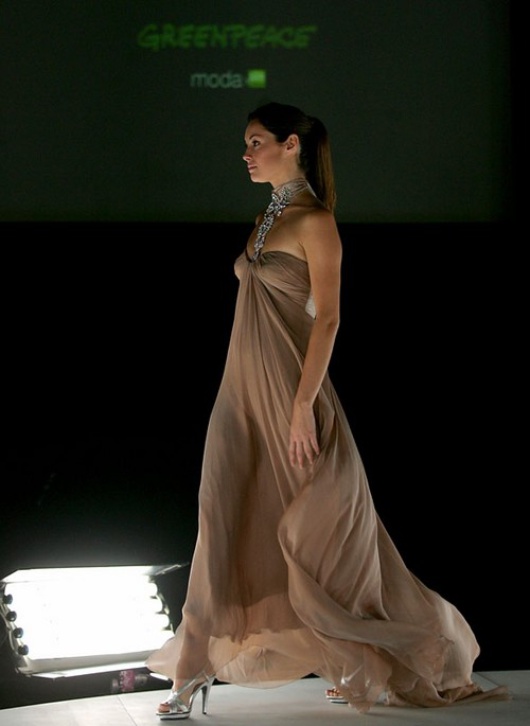 In Madrid last summer, designers lobbied the issue in a catwalk show hosted by an array of MEPs: the Dane Dan Jorgensen, Italian Umberto Guidoni, Belgian Frederique Ries and Italian MEP and leader of the European Greens, Monica Frassoni