Will memes decide the next president of France?

PoliticsThe Funny Side of the 2017 Elections

The presidential campaign in France is reaching its final stages. In the deepest and darkest parts of the Internet, from Reddit and 4chan to Discord and an old-school video game website, it’s starting to resemble a total war.. A beginner's guide to politics in the Deep Web.

Before January of this year, few people were aware of Discord’s existence. The voice and text communication app was tailor-made for gamers, but anonymity and usefulness turned out to be appealing to political activists, especially the ones on the far-right of the political spectrum. Finally, mainstream media started to show interest in the community after BuzzFeed broke a story about Donald Trump voters using Discord to support the presidential campaign of National Front (FN) leader Marine Le Pen. Using fake Facebook and Twitter accounts, and Google translate, alt-right activists tried to give a helping hand to a candidate most likely (in their view) to make France great again.

While the actual influence of American trolls on French political campaigns may be negligible, it brought media attention to another Discord channel dominated by FN supporters. It's called "The Tavern of Patriots" (La Taverne des Patriotes), and it's the command centre of the FN's digital campaign. Heated discussions gather hundreds of people, especially late at night. Most of the activists concentrate on spreading "patriotic" material all over social media: everything from official party brochures, to videos of campaign meetings, to memes.

That’s right. Memes. The essential means of communication for Internet "patriots." Some are copy-pastes of Donald Trump’s campaign rhetoric. For Reddit and 4chan regulars, the depressed frog Pepe is immediately recognisable as a symbol of the alt-right. Any differences are cosmetic: Donald Trump's trademark mane was replaced by Marine Le Pen's blonde mop. The memes are invariably ironic, usually aimed at one of Marine’s fiercest opponents: the European Union. Anti-Islamic propaganda is popular, of course, with an occasional pinch of anti-Semitism. All in line with the struggle against the spectre of "political correctness."

How to become a patriot?

Finding the Tavern of Patriots is quite simple. A few months ago, obtaining an invitation link required some digging; today it’s widely shared, even in the comments of "patriotic"  YouTube videos. After joining the server, there is one more test to go through before you can access all channels: you have to disclose your political sympathies. A declaration of support for Marine, followed by a more detailed reason, should be enough to gain the moderator’s trust.

What to do next? The answer can be found in the "Patriot’s Guide," a document attached in one of the channels. First, you have to create accounts on Facebook, Twitter and YouTube, if you don’t have them already. Then you should share content from enlisted accounts on social media, run by veteran "patriots." Another field of activity is recruitment of new Internet warriors. And while you’re at it, why not engage in a discussion with an "enemy of the cause?" You don’t have to convince your opponent – it’s the opinion of spectators that counts. To make things easier for you, the Guide links several handy sources for arguments. You can easily find the most "violent" verses of the Qu'ran, a list of Islamic terrorist attacks in Europe, an archive of patriotic memes and the Réacothèque – literarily a reactionary library, a thread about right-wing and conservative ideas on a computer games forum JeuxVideo.com. 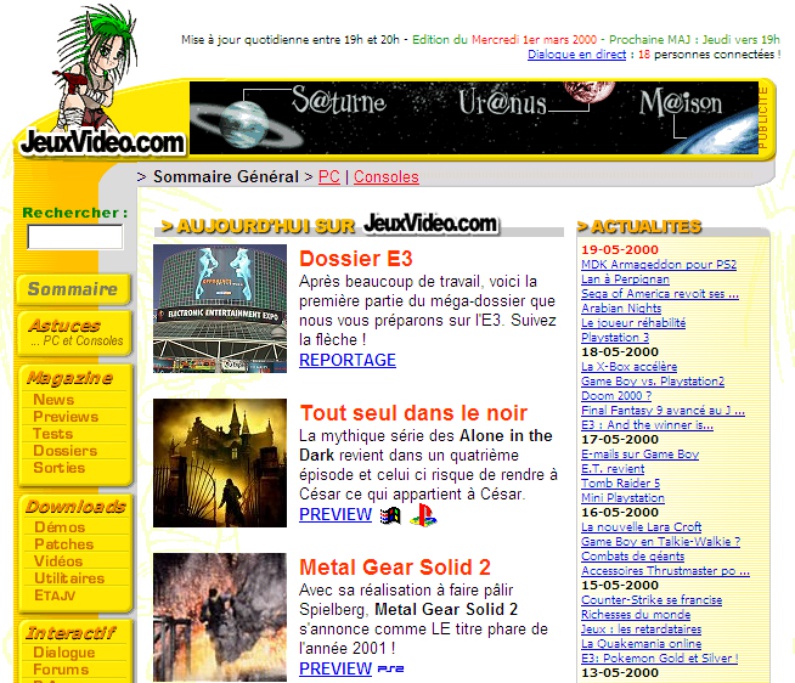 Museum of the Internet

Wait, what? What do computer games have to do with the far-right? Surprisingly, quite a lot; especially in France. JeuxVideo.com is a phenomenon of the French Internet. This website, dedicated to computer games, has been online since 1997. From day one, its main feature was a discussion board, where users could talk about games – and everything else.

With the dawn of the Facebook era, most forums became obsolete. However, JeuxVideo.com survived against all odds. Not only survived – today it’s one of the most popular websites in France, with millions of unique visitors each month. Complete freedom in creating new threads, anonymity and lax moderation – all of this appealed to young users. Several political figures in France found their place on the forum, and not just on the right. But as with similar English-speaking websites – Reddit and 4chan – the nearly absolute freedom of speech had its downsides as well. Recent cases of harassment of women decried as "feminazis" by the website regulars even led to a police investigation.

From alt-right to hard-left

JeuxVideo.com is a diverse community; it would be a mistake to label all of them as fascists. The forum is frequented by militants of all political parties, from communists to neo-Nazis. As always, the extremists are simply the most visible. Their influence is recognisablein the real world, too. Jean-Luc Mélenchon, presidential candidate of the radical left, was the first to openly acknowledge the JeuxVideos.com community, thanking them for their support. Shortly afterwards, the FN's number two Florian Philippot followed suit.

As for Discord, the app witnessed a similar slew of extremist views. On 15 March, another channel took off on the site: Les Insoumis (The Unsubmissives). Taking the name of Jean-Luc Mélonchon’s movement, La France Insoumise (France Unbound) as inspiration, the channel profited from a surge in popularity of the candidate in the last few weeks. The copy surpassed the original: while The Tavern of Patriots comprises few hundred virtual activists, The Unsubmissives boasts thousands. The structure and organisation is similar – both channels include a handy archive of memes and other social media materials. Of course there are important differences: the leftists refrain from sharing hateful content. Their usage of memes and multi-level irony is also much more restrained. 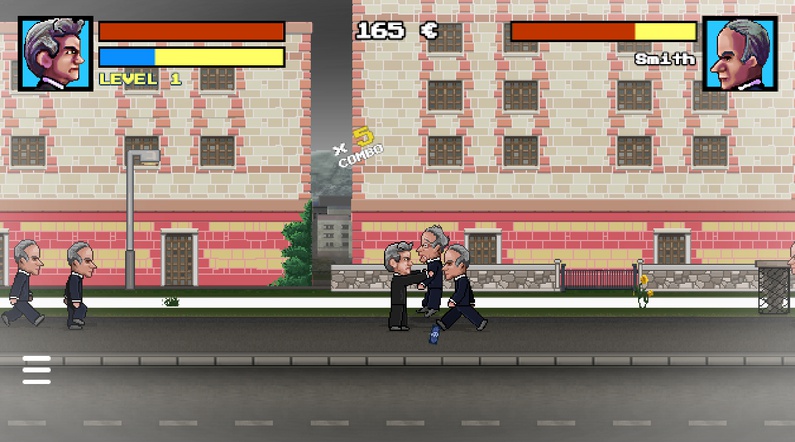 Less than a week before French elections, four candidates stand a real chance of making it to the second round. Anything is possible; especially if, as has been suggested, this year's turnout is particularly low. In these circumstances – who knows? – maybe the next president of France will be elected on the back of a cartoon frog.