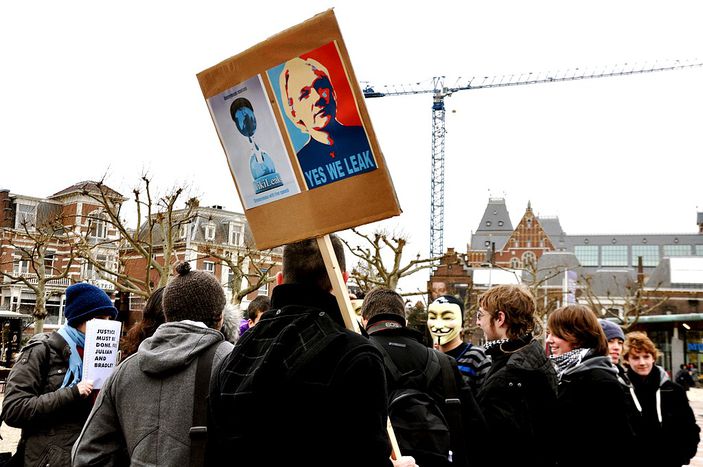 WikiLeaks: ‘poked’ by Unesco but not ‘liked’

The united nations educational, scientific and cultural organisation constitution states that it is committed to promoting the 'free flow of ideas by word and image'. Should we be surprised that in 2o10 Unesco did not declare on which side of the fence it sat in the WikiLeaks affair? A media expert and Unesco employee explains the reasons behind this silence

cafebabel.com: Why hasn’t your organisation voiced its opinion on the WikiLeaks phenomenon?

Unesco is an intergovernmental organisation, a secretariat which must serve its member states and try to keep abreast of their political positions. Obviously, the leading countries, which are permanent members of the UN security council, will have a stronger influence than those countries which are less advanced. While the more powerful states condemn and accuse WikiLeaks, Unesco, for diplomatic reasons, has refrained from comment. Yet the international federation of journalists, an official Unesco partner which champions freedom of expression, gave their opinion on the affair in a recent statement.

cafebabel.com: Why wouldn't Unesco have been able to publish such a statement?

Making this kind of statement is diplomatically speaking a very delicate issue. It’s extremely difficult to take the side of freedom of expression in the face of the most powerful member states. Unesco experienced a very difficult, negative period when the US and the UK withdrew from the organisation. It lost an enormous amount of its budget, but also intellectual, scientific and cultural resources. These hindrances have not only caused damage to the organisation, but moreover to the states which should have benefited from its expertise in the area of foreign aid. It’s a balancing act.

cafebabel.com: Given this silence, much importance has been placed on WikiLeaks. Why is this scandal so troubling?

This scandal marks an extremely important step in the history of the world. There are no more secrets. For the first time, buried secrets that the government has tried to cover up have been uncovered in this way. This fact shows that there are always people looking for social and moral justice and who challenge the actions of governments.

cafebabel.com: What’s your personal opinion on the WikiLeaks affair?

It’s a complex affair. We don‘t know the exact motivation behind publishing such information. Several scenarios are possible. Firstly, have WikiLeaks and Julien Assange been manipulated? Imagine that a country’s secret service or a powerful lobby group had wanted to test a new technology for manipulating public opinion, or for disorientating potential terrorists. Personally, I don’t believe it, but we can’t exclude this possibility. Regardless of the motivations for publishing these diplomatic cables, the public have learnt something. That’s what I like about this story. Those who try to protect Assange and don’t join in with the ‘hunt’, do so for the same reason.

cafebabel.com: This ‘hunt’ as you put it - do you see it as a form of censorship?

Yes. They can’t get him for distributing this information, so they have found another reason. I don’t know, but in my opinion, this rape – in reality not even a rape – is only a pretext. Unesco aims to 'empower people through the free flow of ideas and access to information and knowledge'.

In your opinion, does the transparency created by WikiLeaks contribute to reaching this objective?

WikiLeaks contributes to what’s undoubtedly a positive transparency. It also supports what’s written in Unesco’s constitution; the free flow of information. Citizens, taxpayers and consumers have the right to know what goes on at the heart of their governments.

cafebabel.com: Do we risk seeing the responsibility so far upheld by journalists, disappear with the rise of the web and new media?

I hope not. In every profession you come across people who work well and others who don’t, competent people and some less so, ignorant people who are dangerous and threaten the safety of others, who don’t respect the ethical code. It’s for this reason that pluralism within the media is so important, and new online media contributes to this pluralism.