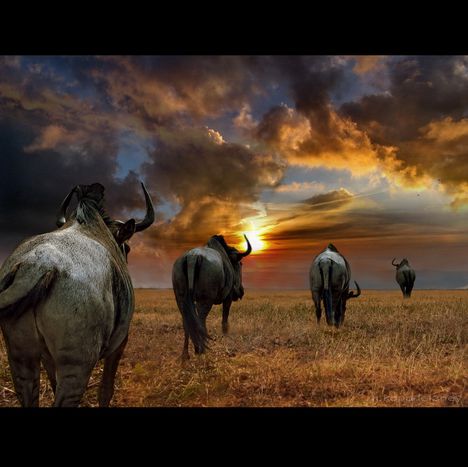 The whistleblowing site has turned the skin of international politics inside-out so people can see its capillaries, arteries and cartilages. This bloody network - 250, 000 documents have been taken from the American state department - includes natural portrayals of many European leaders.

From the complex and absolutist Sarkozy to Berlusconi’s hangovers, a review of Europe through Uncle Sam’s eyes

Nobody knows exactly how the biggest leak in history happened, although there are some clues. After 9/11, the white house developed a type of governmental internet to speed up official communications with different grades of confidentiality (none of the leaks has a top secret status). Between diplomats, politicians and security services, it’s estimated that approximately 3 million Americans had access to the documents obtained by the site Wikileaks (whose procedures remain a secret). That’s why the pentagon has created a special department consisting of 120 people dedicated exclusively to cushion the impact (the latest being hundreds of thousands cables about Afghanistan and Iraq). In this particular case, the white house has been already preventing their allies in order to palliate the shock.

Apart from the lack of principles (espionage to senior members in the united nations (UN), including the secretary general) and the more serious subjects (conversations with arab countries about a possible invasion of Iran), the cables reveal the obsessive precision of the American diplomacy, a machine aware of even the way that those who take decisions look and speak.

In Spain the portrayals are quite dull. Jose Luis Rodríguez Zapatero would be an opportunist politician more concerned about the polls than the common wellbeing. However the king of Spain is well looked upon (the leaks even give each other advice on how to get on with him). The volume of information generated by the American embassy in Madrid grows when the 'old-fashioned and romantic' left take power in 2004. According to them, that was down to the poor management of the conservatives during the 11 March terrorist attacks. There are secret conversations, surveys and pressure on influential Spaniards (businessmen, home secretaries) with various objectives (the economy, judicial issues). Except for the retreat from Iraq and external relations with Cuba and Venezuela, Spanish foreign affairs is not a cause for concern.

Nicolas Sarkozy at first was perceived as the most pro-American French president since the second world war. He was keen on jogging, Ray Ban sunglasses and George W. Bush, for whom he declared his admiration in person before he officially visited France. However certain tics flourished over time. 'Authoritarian' and 'touchy' are some of the most recent adjectives which have described the French leader, a 'naked emperor' and leader thirsty for being at centre stage and worth to watch his movements.

Silvio Berlusconi is 'irresponsible, vain and inefficient as a modern European leader'. He is 'weak physically and politically', someone who 'doesn’t rest enough after his constant parties'.

The German chancellor Angela Merkel has an 'aversion to risk', is 'little creative' and lacks determination. The American diplomats also reflect on the internal tensions in the German government, especially between the minister of defence and the foreign secretary, when confronted with delicate issues such as Afghanistan.

At the ends of Europe, Russian president Dmitri Medvedev is seen as 'Robin, partner of Batman Putin', a 'vague and doubtful' personality who is still under the command of his predecessor, the 'dominant male' and true ruler of Russia.

With one foot in Asia, the Turkish prime minister Recep Tayyip Erdogan is stubborn, hyperactive and arrogant, a workaholic with an unclear project that could comprise the compulsory conversion to islam of the country (there is 'circumstantial evidence', according to the embassy in Ankara).

Most governments seem to have reacted to WikiLeaks with composure, condemning  it and playing down the issue whilst positioning themselves on Washington’s side. However, it is more than likely that some people will be feeling the heat. After Iraq, Afghanistan and the espionage, what will be next?