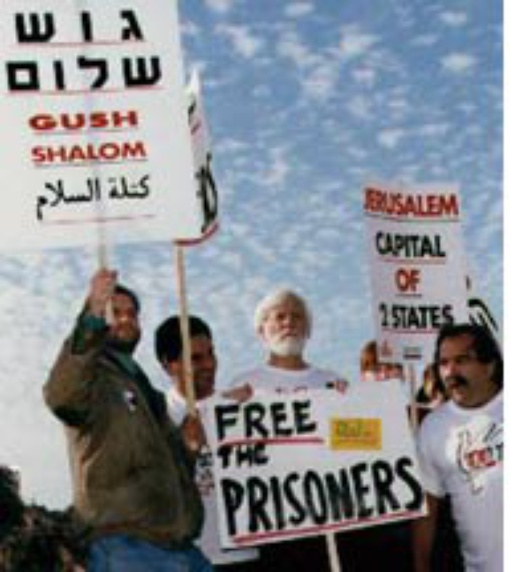 In his 45 years as leader of the struggle for liberation, Yasser Arafat largely succeeded in maintaining the unity of his people, a nigh on impossible task. Many had predicted that after his death the nation would break into a hundred splinters. But the consensus that has grown up around Mahmoud Abbas, the new chairman of the Palestine Liberation Organisation, has – at least until now – confounded these hopes (or fears.)

A partner for peace

Past disunity among Palestinians provided a pretext for the enemies of peace within the Israeli and American leaderships, who exclaimed with great joy: “See? There is no one to talk with!”. It is important for the Palestinian people to show the world that now there is indeed someone to talk with. And since both President Bush and the Israeli Prime Minister, Ariel Sharon, have already declared that Mahmoud Abbas is “moderate” and “pragmatic”, they will be hard put to go back to Ehud Barak’s mendacious slogan “We Have No Partner!”

Therefore it is important that Mahmoud Abbas be elected, and elected by a large majority. He has to be given a chance. As does his belief that, without suicide attacks and the armed Intifada, Palestinians can achieve their minimal national goals: a Palestinian state in the West Bank and the Gaza Strip, the Green Line border (with possible small exchanges of territory), Jerusalem as capital of the two states, evacuation of the settlements and an agreement on a practical solution to the refugee problem.

Perhaps that is a naive belief. Perhaps it has no chance at all. Perhaps it is actually the Palestinians who “have no partner”. But it is important for the Palestinians – and the entire world – to put this belief to the test. After a year, by the end of 2005, it will be possible to draw conclusions. If Mahmoud Abbas is able to show impressive achievements, he will have won. If not, the Third Intifada will probably break out.

However, Sharon’s announced plan to withdraw Jewish settlers from Gaza provides hope. His new coalition with the Labour Party, coupled with the support of some ultra orthodox parties, means that his “disengagement” plan should go ahead, but it will be the start of an obstacle race. Will the government succeed in mobilising the public for a withdrawal from the whole of the Gaza Strip? Will it be able to remove the settlers without bloodshed? Will it agree to the reopening of Gaza Port and the airport? Will it provide “safe passage” between the Strip and the West Bank - a main plank of the Oslo agreement, which has been consistently violated by all Israeli governments since it was made?

Optimists believe that the withdrawal from Gaza – if it does indeed take place – will engender a dynamic of its own, creating a window of opportunity for lasting peace. After Sharon and Bush demonised Yasser Arafat for years and exploited the orchestrated hatred in order to sabotage any step towards peace, this alibi has now disappeared, along with the Palestinian leader himself. Also, Bush will want to use his last term of office to achieve something significant, as will the Labour leader, Shimon Peres. World public opinion will demand it. Europe will get involved. Sharon may be swept along by the current he himself has created.

Others are much more pessimistic. It is an open secret that Sharon concocted the “disengagement plan” not only in order to rid himself of the responsibility for the million and a quarter Palestinians in the Gaza Strip, but mainly so he could quietly annex 58% of the West Bank. Will he give up this dream? He has already postponed talking about the West Bank until after the implementation of his Gaza plan, which will bring us to the end of 2005. The year after, 2006, will be devoted to the Israeli elections. And so forth.

Who are right, the optimists or the pessimists? In truth, nobody can foresee today what will happen. It depends on many factors, including the Israeli peace camp. It goes without saying that we shall cooperate with any Palestinian leadership elected by its people, and it is not for us to interfere in this process. A year will pass before we will know whether there is indeed a “window of opportunity” – or just a widow of opportunity.