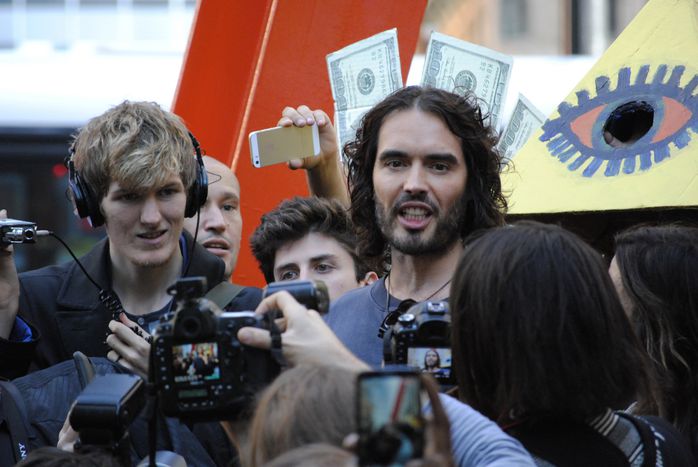 Why We Need the Russell Brand Revolution

Russell Brand is that guy who turned from drugs to yoga. And now he even preaches Revolution down from Beverly Hills. Why we should still listen to him.

Revolution by Russell Brand only just came out in the UK and a lot of angry people are already telling us how bonkers it is. The anger towards Brand’s new ideas is striking. I started wondering why and had a look at what the 'anti-revolutionists' had to say. But who is Russell Brand to begin with? This Willy Wonka double is a fairly witty, outspoken guy who has a knack for pointing out things that other people feel too bothered to talk about (for example, when he reminded us that Hugo Boss produced Nazi uniforms). He also relates almost anything to his troubled past in Essex: drugs, no money, no fame. This side of him becomes a bit worn out the more you watch his videos on YouTube. Let’s leave that aside for a moment. 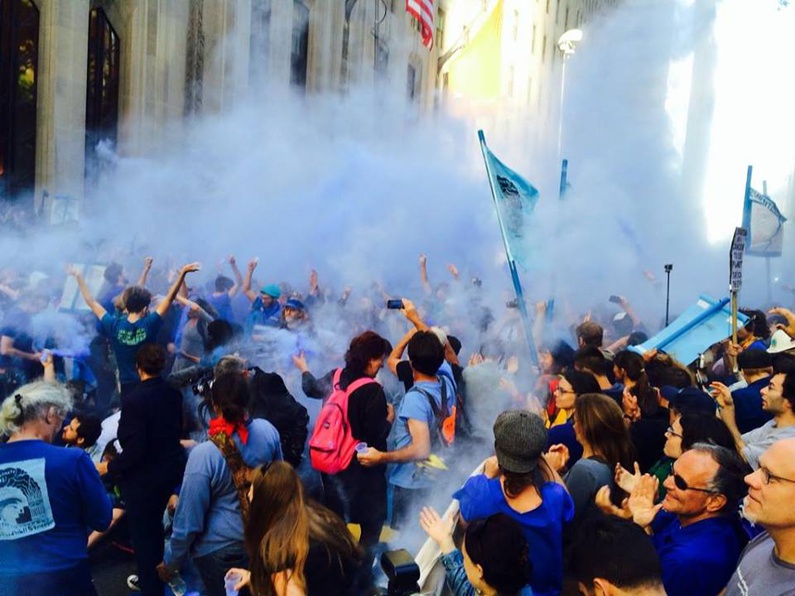 Even if it’s a piece of shit

I am not interested in the proper contents of Revolution. I simply listen to what other people have to say about it before Revolution is in the bookshops. Even if it turns out to be just a pretentious piece of shit written for rather therapeutic satisfaction of the author, I am angry at the ridiculous criticism that accumulated recently.

One thing that comes across when Brand usually talks about politics is that he thinks that voting is an act of conformism to a system that doesn’t work. Especially the underclass is completely forgotten by politics in parliament, says Brand. As long as representatives do not become more environmental friendly, more egalitarian and more democratic in their policies, Brand recommends not voting.

“The most idiotic thing”

Former Sex Pistol singer John Lydon actually agrees on one thing with Russell: “You are given lousy options” – between Labour and the Conservatives (and now the glorious UK Independence Party). So if that is the case, Brand concludes, simply don't bother to vote. On the contrary, Lydon tells us to still vote and says that Brand’s proposition is “the most idiotic thing” he’s ever heard. But at the same time, he says that people should vote to “make a change”. Hang on Lydon! In the face of “lousy options”, how is that even possible? In a two party system, as we find in Britain or the United States, we see that Labour can often be worse than the Conservatives. It is simply impossible to predict before you vote which of the two will cut more on social welfare or will call to arms more frequently. If this is the case (and Lydon would agree on that), people cannot make a change by the act of voting.

I feel Russell Brand’s call for absenteeism is not a call for laziness, as Lydon puts it. Rather, it is pointing at a real problem that Lydon seemingly wants to ignore and seeks comfort in voting every now and again. Someone that once sang Anarchy in the UK could be less conformist, one would assume.

You might still think that voting for the lesser evil is the better way to go. And I wouldn't necessarily disagree. But, what I hear from people like Lydon is that they simply lie to themselves if they go to vote and ignore the rest.

David Runciman a political theorist from Cambridge who wrote in the Guardian suggested that Revolution arrived too late. “A year ago we were living in Russell Brand’s world. Now we are living in Douglas Carswell’s.” What is that even supposed to mean? Douglas Carswell has just been elected in the British parliament as the first UKIP member. This really does not change anything for the moment. It basically only means that there will be a guy in Westminster who makes obnoxious comments once in a while. If last year was Russell Brand’s year, this year could be even more so. People are angry with all sorts of things: banks being bailed out by tax payers, cuts on the welfare system (just say the word austerity in a pub and you will see what I mean), tuition fees and many more. As much as these angry people don’t always show up on the street at a demonstration, the lest they forgot. Sometimes, it only takes a spark to start a fire.

Russell Brand is pretentious. Hell yes! But does that mean he shouldn’t address the grievances that a lot of people feel? Simply saying that he’s an idiot or that the book comes at the wrong time is too cheap. People like John Lydon or David Runciman really make me feel like we need the Russell Brand Revolution.