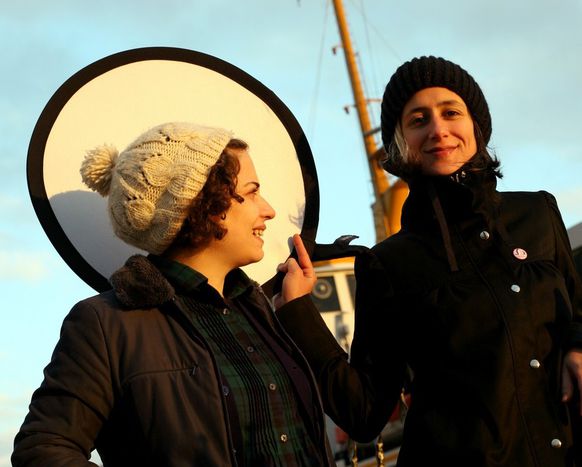 BrunchCultureBalkan eye in the sky

The Swedish pop elite love them, but EU bureaucracy is preventing Ekin Sanac and Berna Göl from breaking Europe. In Istanbul, music is an unstable bridge between east and west. Part one of a special feature

Istanbul is the world’s only city situated on two continents. The guidebooks describe the metropolis as a city of contrasts, where centuries-old mosques stand wall-to-wall with modern nightclubs. Here in Istanbul the most conservative and the most liberal ride on the same trams. In one way the books are right; the Bosporus Strait makes the division between west and east as concrete as it can be. But the water is no barrier; thousands of people commute back and forth over its waves each day. Travelling from Asia to Europe, between Kadıköy and Karaköy, costs TRY 1.30, approximately 60 cents (37p). The border in the other direction, towards the rest of Europe, is more difficult to cross. 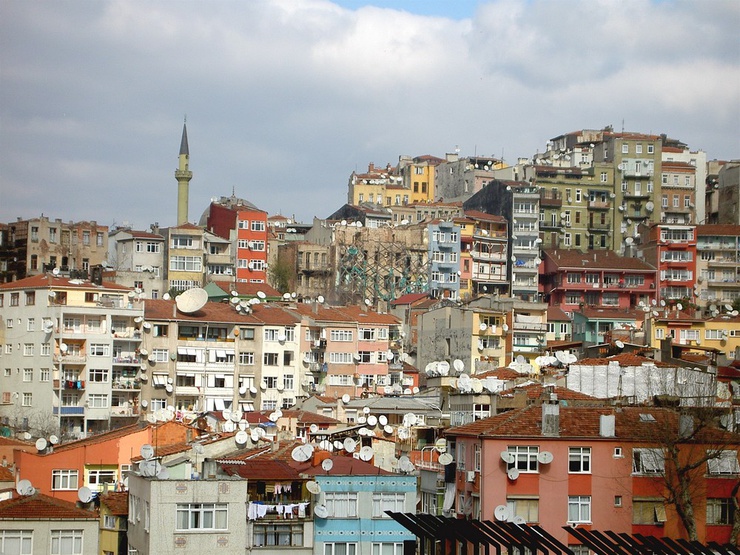 ‘Are we going to miss the French gig, too?!’ Ekin Sanac has a worried look when she opens the door. Berna Göl’s sigh can be heard echoing between the hall’s marble walls. We are in Göztepe, a quiet quarter on the Asian side. It is Tuesday afternoon and Ekin and Berna are meeting in a mahogany-toned living room for a final rehearsal before Thursday’s concert, which is also the dress rehearsal before their European tour with Jens Lekman. The mutual sighs pertain to an email from the concert organiser. There are complications with the visa for the tour. Again. Now that they had found a way to enter France it is suddenly illegal to appear on stage. It qualifies as work and according to the visa they are tourists. They were already forced to cancel their performance in Switzerland. ’We don’t even need to make money, can’t we say that?’ Berna exclaims, lighting a cigarette at the dining table. It sounds as though it is Ekin that she has to convince, but she knows that the bureaucracy is more complicated and drawn out than that.

Five minutes later they are laughing again. The nicotine has had its calming effect. Ekin and Berna are drinking tea from tulip-shaped glasses and offer Ekin’s engagement chocolates. They explain that they are still happy, that being able to get going at all is enough. Now they have two weeks left. But first there is a concert at home where they are the opening act for Lekman. It is an opportunity to convince him that he made the right choice by inviting them along on the tour. ’It’s harder to find a good band mate than someone to marry. We are each other’s opposite, but we each understand the other in a special way,’ says Ekin. She is calm and taciturn, but not particularly shy. It is just that she would rather write than talk, working as an editor for a cultural magazine as a day job. She is comfortable at home in Goztepe and dislikes the chaos on the European side. This summer she moved away from home for the first time. She and her boyfriend, Baris, have decided to marry.

The only sensible reason for getting married, actually, is being able to combine music collections

’The only sensible reason for getting married, actually, is being able to combine music collections,’ says Berna. She grew up on the European side and is currently living with her older brother since her return from studying in Holland as an exchange student a few weeks ago. She dumped her boyfriend at the same time. She talks a lot and is very engaged, joking and gesticulating when words do not suffice. They’d rather describe each other than themselves, but also allow for weaknesses in a way that only old friends can: Ekin gets to hear jokes about her lack of height and iron will, while Berna hears about her big mouth and constant bewilderment. But it always ends in laughter.

They met in Istanbul’s American high school when they were eleven years old. Their parents had encouraged them to study, and anyone who had high enough marks for the American private school could not let the opportunity slip by. The school environment was creative, but hierarchical. They were taught critical thinking while dressed in proper school uniforms. The English students in the school, however, opened up the world of western popular music. Albums were difficult to get a hold of, but effort paid off. Wearing Doc Martens and remaining up-to-date with bands meant new, older friends and many parties. It was all fun. But in class they were considered increasingly strange, rebels who did not eat meat or wear makeup. The boys in the class had plenty of material for teasing them. 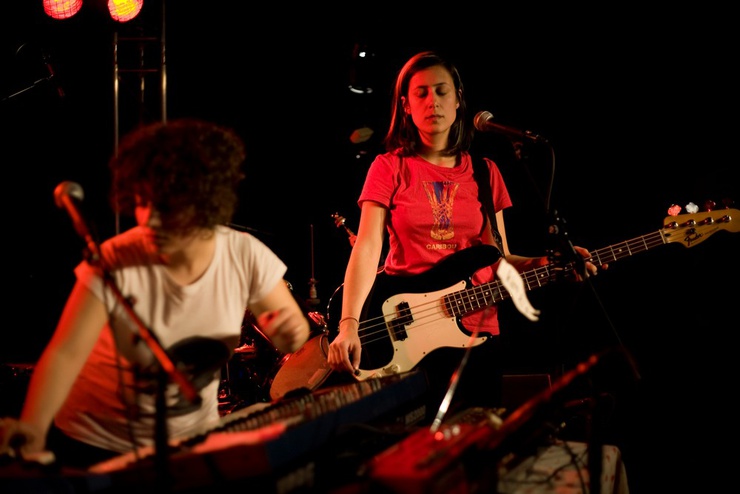 After their exams were over, Ekin and Berna lost contact with each other. Typical teenage drama came between them. Then about two years ago they began meeting at various clubs and concerts, realising that they had developed the same way. They exchanged telephone numbers, and Ekin called a few days later and asked if Berna would like to start a girl band with her. Within a week they had gathered all the necessary musical equipment. Ekin had already convinced her parents that rehearsing in the living room would not bother the neighbours any more than her father’s constant film viewing. Kim Ki O was formed.

A shortcut to Europe

For Kim Ki O the melancholy pop songs were a shortcut – and an attitude – to Europe. Writing songs in Turkish is a challenge, but for Ekin and Berna it seems important to really try. The difficulties lie in the language’s grammar. A combination of many cases and different rules make it difficult to divide words into syllables. In order to get the message across, one must keep it as simple as possible. In many people’s ears the lyrics seem to be only about broken hearts. But relationships can take on many guises. Kim Ki O plays with words in a way that conveys views that are normally difficult to articulate. Like the depressing state of Turkish politics.

'Our mothers usually say that they are thankful to be able to live such a free life, but it’s going to be worse for us.'

Berna asks if I have seen Marjane Satrapis’ film Persepolis, and explains that she thinks the country is in a similar position to that of Iran before its 1979 revolution. Paranoia is spreading and voting ballots can do very little. Their parents also have the feeling that something is going to happen. But no one knows what. 'Our mothers usually say that they are thankful to be able to live such a free life, but it’s going to be worse for us.' When they speak of politics, their hopeful voices are replaced with muted, cautious ones. They talk about the situation in vague terms, as though the factual circumstances only lead to frustration. Questions about respective problems are met with silence and shrugs. They are knowledgeable, but the hope is gone. It may possibly emerge after a few rakis with friends, but otherwise very rarely.

Read part II of this article, where the girls discuss Turkey’s political situation, consider the EU as a solution and play their last concert before – visa permitting – hitting Europe