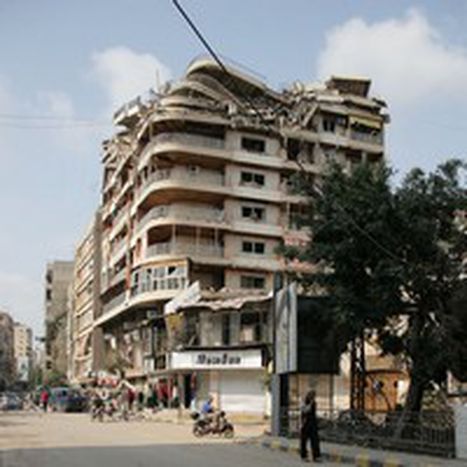 Why Resolution 1701 fails and must be rejected

Passed unanimously, UN Resolution 1701 aimed at ending the conflict between Israel and Hezbollah in Lebanon. The Scottish Palestine Solidarity Campaign says it will add fuel to the conflict and tells us why

The international community of nations is itself acting as a handmaiden to Israeli imperialist expansionism through the office of the United Nations. This can be clearly seen in the wording and implications of United Nations Resolution 1701 – which forms the basis of a proposed resolution to the current crisis in Lebanon.

The resolution calls for the immediate release of the two captured Israeli soldiers, but does not demand Israel to release the imprisoned Lebanese. The text of the resolution merely encourages Israel to address the issue of the prisoners. Additionally it also fails to deal with the more than 9,000 Palestinians and Lebanese imprisoned in Israel.

Resolution 1701 seeks to portray the side with tanks, destroyers, submarines, F16’s, chemical and nuclear weapons as the victims. 1300 innocent victims were indiscriminately and barbarically killed over the last month. Israel bombed schools, residential blocks, hospitals, sewage treatments works and has left a deadly legacy of unexploded cluster bombs across Lebanon, which will kill and maim for decades to come . The people of the Lebanon are the victims.

Resolution 1701 says that an international force should be sent into Lebanon to “keep the peace”. However, the people of Lebanon will never accept occupation by foreign troops. Such a force would be unacceptable to the Lebanese, as it would consist of troops from former colonial powers Italy, France and the heirs of the Ottoman Empire. For Lebanese who have a strong sense of history this would not be an option.

There is a rank hypocrisy behind Israel’s’ strategy to build international support for their military policy of expansionism. They call for the UN to intervene, yet Israel itself is in violation of some 70 UN resolutions including 242 which tells Israel to withdraw from the West Bank to the pre 1967 border.

The UN cannot preach to Lebanon about violation of UN Security Council resolutions, when Israel itself is the biggest culprit of this crime.

Peace in the Middle-East will only come about when foreign occupation forces leave. However, Resolution 1701 will reverse this trend by sending more foreign troops to Arab land and, prolong the conflict in the Middle-East.

In order to have a viable peace process within the Middle-East it is vital that progressives within Europe make common cause with groups inside Israel who oppose the actions of the Israeli state. Support must given to those inside Israel who seek to reform Israel from a highly militarised outpost of US imperialism, to a viable state which can co-exist peacefully with its neighbours. The state of Israel is a reality and, any solution which does not take this fact into is doomed to failure

Although Europe can’t stop Israel aggression it can make sure Israel pays an economic price for what it does. This is the least we owe the Palestinians and the Lebanese