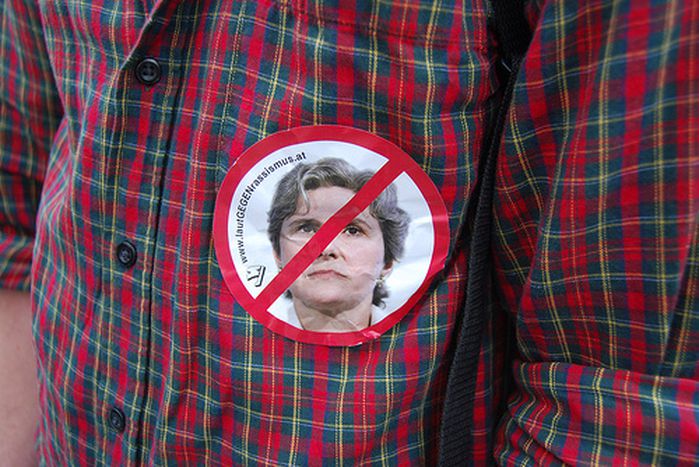 Why one third of Austrians back the far right

Votes dropped from 30% in the 2008 legislative elections to 15% in the presidential elections in late April. For many however, 15% is still too high. Is there really a lack of alternatives?

The far right is more than normalised in Austria. In the past they have formed part of the government and still remain one of the most popular parties. In the early elections of 2008 the two far right parties, FPÖ (freedom party of Austria) and BZÖ (alliance for the future of Austria) received approximately 30% of the votes. However, in the presidential elections which took place on 25 April, the far right, represented in this instance by FPÖ candidate Barbara Rosenkranz, had to make do with only 15%.

These elections were in no way typical. Only three candidates stood. An all-time low of voter turnout was recorded; only one in two (53.6%) Austrian voters went to the ballot boxes. Of those, 79.3% put their trust in the current president and SPÖ (social democratic party of Austria) member Heinz Fischer. The third party to field a candidate was the conservative Die Christen (christian party of Austria), represented by Rudolph Gehring, who managed to scrape 5.4% of the vote. 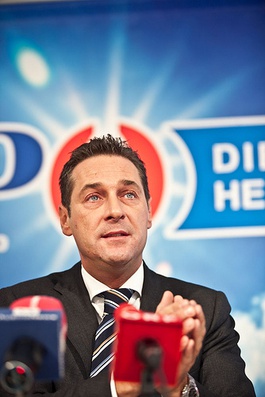 Why so passive? Perhaps it is because in Austria the presidential role is more symbolic than influential. Perhaps it is because the results had already been predicted, in addition to the fact that one of the major parties, the centre-right ÖVP(people’s party) did not even put forward a candidate. Political analyst Thomas Hofer believes that a large majority of Austrians who usually vote for the ÖVP found no suitable alternative amongst the 'socialist' Fischer, 'the extreme' Rosenkranz or 'the fundamentalist' Gehring.

Thomas Hofer doesn’t doubt that the FPÖ erred in nominating Barbara Rosenkranz as it changed the party’s course from Heinz-Christian Strache’s populist stance to an extreme position. Too extreme, if you examine certain elements of her discourse. In her manifesto, the 'Reich Mother' defends the abolition of the nazi prohibition act of 1947 (which criminalised holocaust denial) and also cast doubt on the existence of gas chambers. This stance, too extreme even for the far right, led to their most powerful supporter, Die Kronen Zeitung (the most widely read newspaper in Austria), turning its back on the party.

As the third biggest party in Austria, the FPÖ counts on the support of young people, an important demographic amongst their followers. Specifically, they target first-time voters - those between the ages of 16 and 25 - as Austria changed legislation in 2008 to lower the voting age to sixteen. Heinz-Christian Strache is capable of identifying with them. The 40-year-old speaks their language and even resembles them (an interview in Britain's The Telegraphreports how his election campaign consisted of rap CDs, endorsing Red Bull and making nightclub appearances). Something which Rosenkranz cannot do.

cafebabel.com blog 'epolitik' on how Austrian politics attract the young

Hofer calls attention to the fact that when the far right achieved 30% of the vote in 2008, it was the first time that young people aged sixteen were able to vote. Reinhold Gärtner, doctor of political science at the university of Innsbruck, considers that it is an overly superficial analysis to hold young people responsible for this outcome. 'In 1999 they were unable to vote,' he explains. 'The FPÖ still received 26.9 % of the votes.' It was specifically young people who went out into the street on 30 April to protest against Strache, the FPÖ and the entire far right in general. The purpose of their gathering was to make their demands known and demonstrate that the Austrian youth is not behind these parties’ successes - at least, not all of them. Hundreds of young people coursed through the streets of Vienna, shouting 'No to the FPÖ'. Many were united in the belief that 15% of the vote was 15% higher than it should have been. They confirmed their hopes for a balance between the two extremes and their desire for another option. Sharing these opinions, they all declared that 'fighting against the far right is a duty'.

No left to vote for 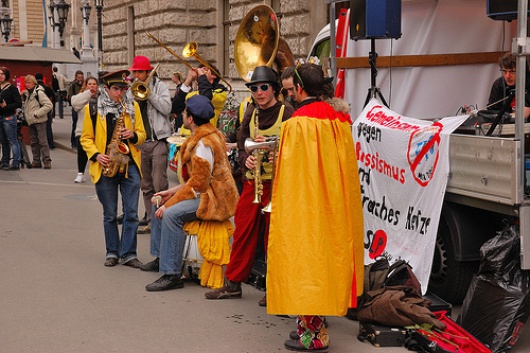 Tobias Boos, a politics student at the University of Vienna, clearly sees through FPÖ’s strategy. According to him, the party is taking advantage of some young people’s 'lack of perspective'. Regardless of being engaged in higher education, young people are frustrated with the prospect of not finding work. 'In addition to this, they take advantage of the fact that neither the SPÖ nor the ÖVP can provide them with clear solutions to these problems.' Several sociologists factor into this equation the fact that many young people do not identify Austria as their home country and therefore are attracted to extremist groups. 'Young people feel accepted, integrated and feel as though they belong to a popular movement,' explains Reinhold Gärtner.

We need to add to this the opinion of those that believe that Austria was not 'Hitler’s first victim', but instead that the nation contributed to the genocide. 'For a long time in Austria only the first section of the 1947 Moscow declaration was acknowledged, in which Austria appears as a victim. The second section, in which the country’s participation in the crimes is elaborated on, was ignored for a long time,' observes professor Gärtner. The feeling of national guilt, so powerful in Germany, is lacking here in Austria. On the other side of the border everything is seen differently and there are no answers. 'How is it that a far right candidate such as Barbara Rosenkranz can compete with the current president?' asks Dr Georg Spitaler, politics professor at the university of Vienna. 'In Germany her nomination – not to mention receiving 15% of the vote - would have been entirely unthinkable.'

The feeling of national guilt, so powerful in Germany, is lacking in Austria

Tobias Boos offers a third and last theory, accusing the main problem in Austria of being a lack of left-wing alternatives to the right-wing extremism. 'In Austria there is no left-wing alternative to the SPÖ. In Germany you have Die Linke (the left), who, although they are heavily criticised for their communist leanings in the past, at least offer another left-wing option in addition to the social democratic party of Germany (SPD).'

Many thanks to the local cafebabel team in Vienna