Why ‘new’ Europe is not anti-American

Europe is not homogenous and not all of its countries are anti-American. What accounts for the differences in attitudes towards America? 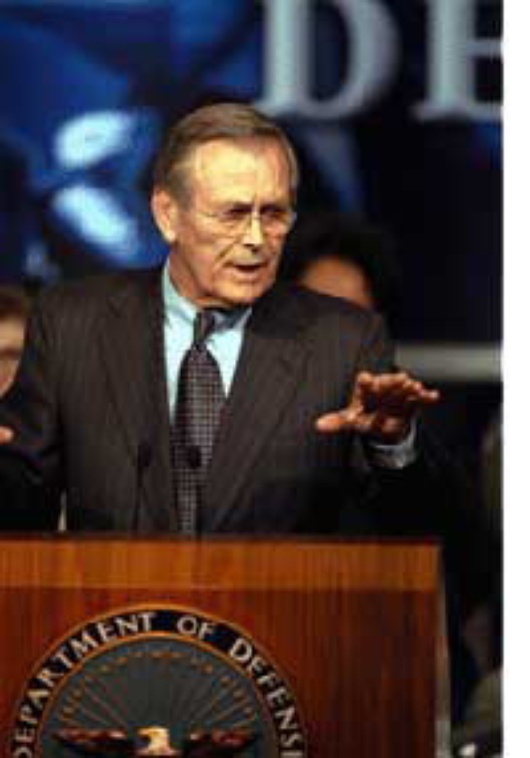 Donald Rumsfeld, US Secretary of Defence, has managed to apply the classical imperial rule of divide et impera (divide and rule) to Europe. In January 2003, referring to European opposition to American military action in Iraq, he said: “you look at vast numbers of other countries in Europe, they're not with France and Germany… they're with the US (…). You're thinking of Europe as Germany and France. I don't. I think that's old Europe”. Thus he successfully divided European states into “new” and “old”, “pro-American” and “anti-American”, regardless of the fact that most of European society actually opposed the war in Iraq no matter what their governments claimed.

But, to a certain degree, Mr. Rumsfeld was right. Although Central and Eastern Europe is not “new”, it is more pro-US than Western Europe. Why is this? In order to analyse this situation correctly it is necessary to go back nearly 60 years; back to when the US helped win the Second World War and introduced the Marshall Plan, which helped to rebuild the ruined Western European economy. The US strongly supported European economic initiatives of the late 1940s and 1950s and went on to protect Western European countries against the Soviet threat during the Cold War. To cut a long story short: the US beat the bad guys (Hitler’s Reich), liberated the good guys (the Allies) and then protected them against the new bad guys (the Soviets). During the course of the Cold War, the relationship between Western Europe and the US gradually changed with the increase in pacifist movements on this side of the Atlantic and the decrease of the imminent Soviet threat. Since the end of the Cold War, Western Europe and the US have not found a new reason to remain close allies.

Meanwhile, in Central and Eastern Europe the mood was quite different. For those countries, the Second World War, which officially ended in 1945, lasted until at least 1989. Take the Baltic states (Estonia, Lithuania and Latvia) for example. All three of them were small (but beautiful) independent states before World War Two. But in 1939 the Soviet Union invaded them, incorporating them the following year. How can you tell the Estonians that the Second World War ended in 1945 when they only regained their independence from the USSR in 1990? For over 45 years, the Central and Eastern European nations lived the nightmare of totalitarianism, all the while dreaming of a free, just, peaceful and wealthy world. This idealised world was the West, which included both Western Europe and the US.

In this lies the answer to the differences in attitudes between Western and Central/Eastern Europe: a society which regained its liberty in 1945 is more certain of its security and stability. Such a society no longer needs a strong ally across the Atlantic; it believes it can manage its security on its own and in close cooperation with its neighbours. However, a society which regained its independence in 1989 is far less certain of itself and does not want to stay in any grey zones. This is particularly true when the society feels threatened by its own neighbours, as is the case in countries bordering Belarus, Ukraine or the Balkans. Central and Eastern European states, being much weaker than the Western European ones, look for strong allies who could defend them, just in case. This is why all the Central European states are now in NATO: they seek a military ally in the US. They believe that the US is the only world power who could, and would, help them if a problem arose. NATO and the US give them security. None of the Western European states can do the same.

Within this framework, a number of new links between the US and Central Europe have been created since 1989, including American sponsorship of non-governmental organisations. The US has also supported the transition and liberalisation process, introducing democracy-related mechanisms, just as it did in Western Europe 45 years earlier. However, it is not fair to claim that Central European countries are more pro-US than they are pro-EU. For Central Europeans there is no contradiction in being pro-US and pro-EU at the same time. As one Polish MP said: “We don't see the need to choose between Europe and the United States. That's like having to choose between your mother and your father”.