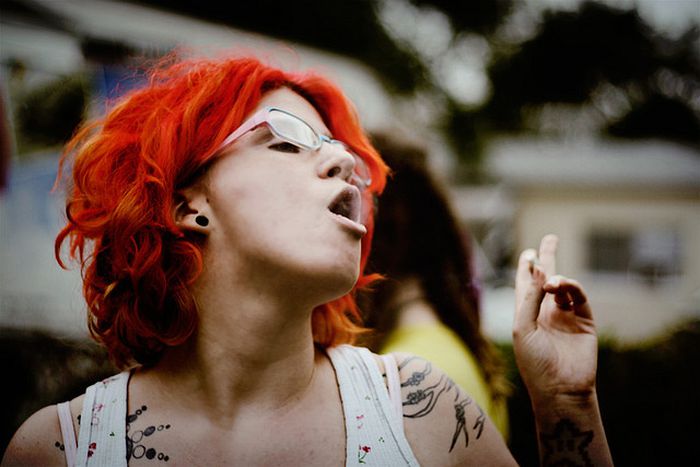 In the discussion about where the boundaries between sexism and flirting lie, one thing is often overlooked: flirting is a game. As a result, men are more expected than women to make the first move. If you don't respect the rules, it's game over. But why do feminists and confident women get kicked out of the game?

According to the British Flirting Report, 64% of women surveyed had never addressed a man because it's "not appropriate for a women" to do so, or because "a man will address a woman anyways, if he's interested." And it's just as well that a woman doesn't take the initiative; after all, women who address men first are usually deemed to be more promiscuous than the rest. Strangely enough, it's not just men who think that the initiative should be taken by the stronger sex; according to a survey from Elite Partner, 50% of women between 17 and 29 years old believe that a man should be the first one to address a woman.

"You know, there are some very clear rules!"

Oh, I think to myself, I never really thought about that. My feminist mum taught me that as a woman I should speak up when I want something. And that's how I am when I flirt. If I see someone interesting, I talk to him. If I'm in the mood to meet up with someone, I ask him if he's got the time. If I like someone, I say so. Just like that. Without ulterior motives. And if I really think about it, I'm pretty, well... unsuccessful. Am I too emancipated to flirt? I ask Tom, a flirt who like all the rest became not a lover, but a buddy of mine, why I keep failing. What am I doing wrong? "You know, at first I thought you only wanted sex because you were so direct. Then I thought you had really fallen in love because you started to take a legitimate interest in me. Then I was just confused. But you know, a lot of girls here are like that. You simply don't hold yourself to the rules. My tip: A guy wants to hunt! Just be the charming little girl and you'll get anyone you want."

So it's really that simple? I throw my emancipated mum's lessons over board, become the charming little girl, and Bob's your uncle, men are crawling at my feet? In any case, female emancipation doesn't seem to have penetrated the flirting world. After all, the rules that Tom explains to me are, to put it roughly, sexist clichés in the purist sense. The hunter (Man) sets his sights on a goddess (Woman) and seduces her. He proceeds tactfully, unfolding his "ploy." If a woman is interested, she'll eventually give him her number under a pretence. The man calls her after a specified amount of days (2 1/2 to 3 days). The woman can just innocently wait and hope that the man will "take" her.

Demureness? No thank you! 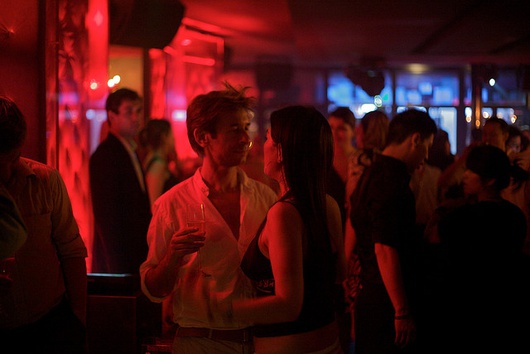 "Just always keep in mind to hold yourself at a distance. Then you'll come across as more interesting! But definitely stay relaxed and amiable, never too confident. That unsettles men." Hah! This relationship between gender role clichés and rules of engagement seems really exhausting. Should I really take these rules seriously? Are they possibly even founded on biology? Hunter and gather, etc.? Their roots probably lie in sociology more than in anything else. At least that's what Eva Illouz claims in her book Why Love Hurts: A Sociological Explanation (2011). While it was trendy for men in the 19th century to commit themselves to women, men today have only one thing: a fear of commitment. Thus, they've become a scarce commodity for women on the relationship market. Men are in control and can choose who they are or are not interested in. Or as described above: if he's interested, he'll talk to me. And even the Flirting Report claims for exactly this reason, that it's more effective for women if they remain passive, even when other studies attest to the fact that 72% of men wish to be addressed by a woman. Okay, well then how does any of this make sense? So men prefer emancipated, confident women? In my opinion, flirting is still informed by archaic sexist clichés about men and women, which can only be dissolved once you finally emancipate yourself from the perceptions of what a 'successful flirt' is. It all sounds way too calculated to me. After all, if you break down flirting to a staple of the relationship market, in which you should act in the most effective way, then the balance boils down to one thing: negative numbers for magic moments. Because I'd have to ask, where can the feelings of excitment and fun be found? Maybe we should rethink our lives and not take it so seriously: flirting is a game! And it's precisely because of this that there aren't any rules. Therefore, guys and girls, do whatever you want!

German's can't flirt? A prejudice as old as a civilization, yet it still remains to be cracked. Cafébabel steps up to the plate to finally obliterate the miser of love. If you think you've found the ultimate flirting strategy, then send us an email at berlin@cafebabel.com!