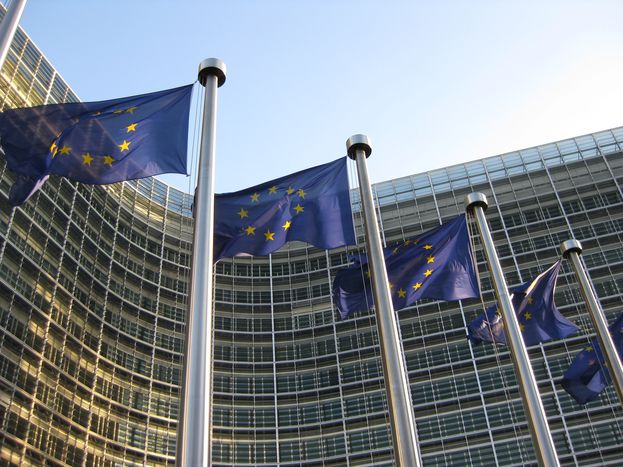 A 29th state* is emerging within the EU. What is driving this phenomenon?

This article will take a critical look at the prevalent mindset of the Old Continent’s youth, and is the first in a series focused on the disturbing absence of entrepreneurial spirit among them.

Every so often, Commission's trainees are being flattered to as the elite among the European youth. Every so often, this proves to be an overstatement.

On a Wednesday afternoon few weeks ago, some four hundred plus of the Commission trainees gathered in Alcide de Gasperi amphitheatre on the 2nd floor of the Charlemagne building. It was a farewell conference for those who spent last five months of their lives in the Eurobubble, working at the Commission. For some, this traineeship presents a pinnacle of their formative years, after which, they will return to their hometowns. The great majority, however, will try and stay in Brussels a bit longer, trying their luck on a seriously competitive and rather small EU-policy-centred job market.

At some point during the Q&A session with a representative of the European Personnel Selection Office (EPSO), which is in charge of recruiting new EU officials, one of the trainees, whom, for the sake of the article we can name Stacey, raised her hand. What followed afterwards was a good 15 minute long and tiresome exchange of emotional finger pointing and polite responses between obviously distressed Stacey and the EPSO official. Focal point of the criticism was the fact that the Commission accepts ~1300 paid trainees annualy, while at the same time, less than a 100 new job placements are offered through EPSO competitions. According to Stacey, there is absolutely no reason for the Commission not to offer many more jobs, therefore accommodating the growing demand for safe and well paid “euro jobs” among the skilled but unexperienced youth.

If only she knew better.

Already nowadays, the Union is under constant pressure from Member States to downsize its bureaucracy, to cut budget expenditures and even to re-nationalize some of the powers attributed to the EU’s exec. The Commission is in its first of the five year plan to cut the number of employees by a 5% annual rate. This is a huge commitment, unseen in any of the national administrations across the Union. To accommodate Stacey’s wishes would mean to serve on a silver platter a reason why the self-absorbed Union should cease to exist, or at very least, should return to some ancient, inter-governmental times.

Unsurprisingly, poor Stacey ended up being ridiculed among her peers as she found herself isolated in criticising the Commission in this matter. The hall was filled with success hungry young people who became aware that there cannot be a job waiting for all of us in the public sector.

One of them, a native Bruxellois called Donatien, revealed to me in a recent conversation we had how he did the traineeship at the Commission’s Directorate for Entrepreneurship only because he knew he would be able to learn about the various financing opportunities offered to small and medium enterprises (SMEs). This insight is important for him, as he recently started a company offering exactly that to numerous SMEs – a help to secure loans and to kickstart or expand their businesses. This was entrepreneurial spirit at its best.

If only Stacey knew better.

* reference to President Juncker's Opening Statement of July 2014 in EP.