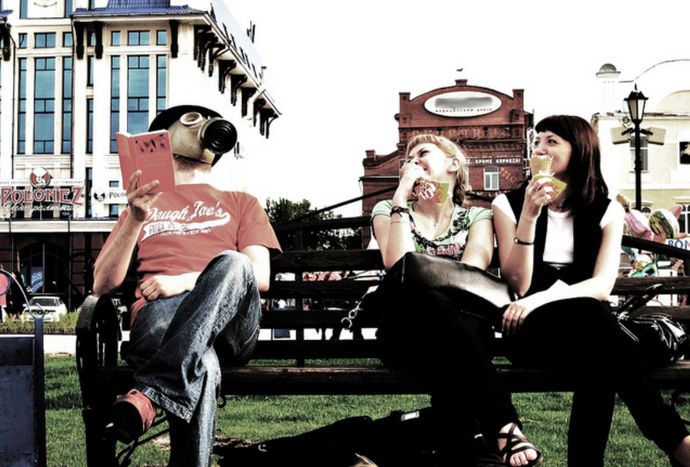 A few days ago I came across an article online by a young British girl who describes her experiences with men in Germany. I often stumble across articles from women who claim Germany to be a developing nation with respect to flirting. Yet why is this the case and where are all the emancipated women?

When you think about the media landscape, it does actually look quite grim between the two sexes in Germany because they simply don’t really have much to do with one another anymore. You often hear and read the statement ‘There are more single people today than ever before’. Of course, this is not completely accurate, but when you pay a bit more attention to life in a German city, then you can let this sentence through on the nod.

Being single is not really in itself a problem. Those who love freedom, and for whom the responsibility of a relationship would be stressful, appreciate the modern single life. If you believe the media then this is apparently the case but for most singles in Germany this isn’t so. What’s really absurd is that men want women, women want men – there are more singles than ever before – so where then, does the problem lie?

The female perspective on this problem is often, and very accurately, discussed in the media – just like the above quote from the young British girl in Berlin, who simply wasn’t approached by any German man during her stay in the country as part of a student exchange programme. Make no mistake about it – she’s right! Lots of men have absolutely no imagination anymore as to how to approach a woman.

Since we men like to be pragmatic, it would actually be in our nature to go up to an attractive woman and simply speak to her. Yet most men would prefer to juggle with a chainsaw than say ‘Hello’ to a woman they didn’t know. We have to put up with this criticism from women as well. Couldn’t the source of this problem perhaps lie partially with feminism which depicts us men as warmongering, thuggish and insensitive neanderthals? It’s constantly assumed that we see women as mere objects of lust. The woman is depicted as the infallible goddess, opposite whom the man is already burdened with guilt from birth.

Men: work on it

Admittedly, I am an industrial engineer and no psychologist, but I could imagine the following: if you were to take these accusations and correlate them into an innumerable media form and then constantly confront a population with them, then that could, theoretically, lead all too easily to asexual and intimidated behaviour in men toward women. This bold theory seems to have already proved popular. 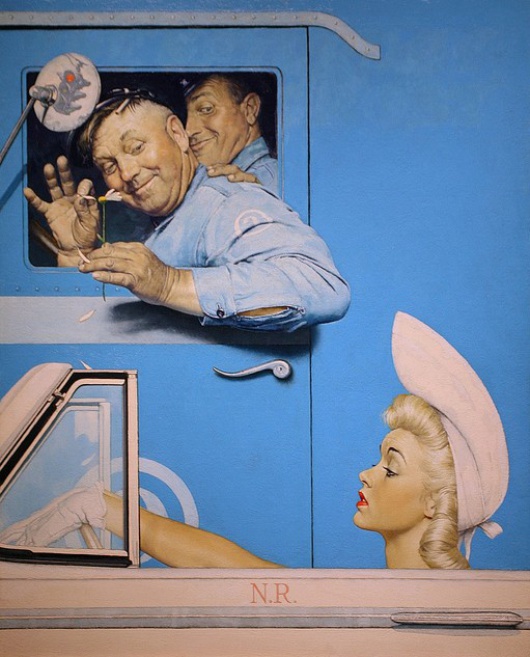 Then there are scores of ‘flirt seminars’ in which the recipe for success is effectually and plainly named as ‘masculinity’. It has little to do with war and sexual harassment; instead the curriculum is based around self-awareness, openness and respect. The crucial point here is not that masculinity should be in accordance with the representation of feminism. What’s important is that men work on the problem. They invest a lot of patience and often also plenty of money in order to be open and affectionate when approaching the opposite sex. However, what actually happens on the female side of things? Has the state of emancipation here not matured enough that the ‘new alpha-female’ has enough self-confidence to approach men? Apparently not, since out of the scores of confident and successful women who I know none dare approach men.

Emancipation or not, SMILE!

The female side of things is still ruled by old fashioned ideals – the initiative to flirt must come from the man. It sounds like there is little approach from the female side. Yet well – that’s the way it has always been and it’s worked well so far. Instead of this approach, it seems that women are more and more removed from men. Before a woman would at least show her interest in a man through subtle gestures – today it is up to the man to give a furtive glance at most to suggest to the woman he likes her. The fact that it’s almost always overlooked or ignored is hardly surprising. Thus the emancipated woman remains passive and receives little attention from men that she’s interested in, apart from those who have drunk enough to have the courage to approach women despite all the feminist accusations.

When a woman asks me again why she’s never approached, I give her a tip that the author and seduction coach Maximillian Pütz gave a female caller once on the radio. ‘It may not be the task of women to take initiative and smile.’ It must work a trick because both the caller on the radio and also the woman to whom I gave the tip were then completely surprised by how many interesting men approached them straight away. That the majority of German men have a hard time approaching women is a criticism that we must have inherited from women. In this sexual game of cat and mouse, women, despite all their emancipation, are still distant but yet it’s still thought they’re being ‘chased off.’ Although it might be typically German to find fault here in the other party, this will not reunite the sexes. It’s a question of self-criticism and self-development. Lots of men in Germany have already begun with this. Perhaps there will be a time when women also start to do this.