Why are the plates broken? (video)

What kind of family does Lithuania need, what strategies does Europe suggest, and how should we evaluate them? Those were the questions analyzed by the discussion of the association Babel Lietuva. At the beginning of June, Seimas (Lithuanian Parliament) obtained the national conception of the family politics.

Its goal – to reveal the exceptional value of the family, to bound its functions and to increase the birthrate in the country. Nonetheless, the conception created only confrontation in Lithuania, as sharply remarked the representative of Tolerant Youth Vytautas Valentinavičius, or it became the grounds to split the society, as the president of Fathers' forum Šarūnas Bagdonas expressed. 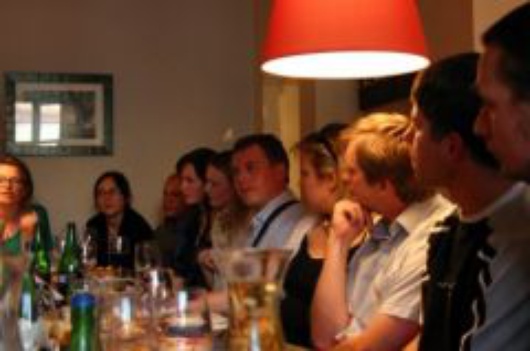 The supporters and the opponents of the Conception agreed in the unison that everybody's goal was to raise happy children in a family. Still the biggest confrontations were about the concept of the family. According to the Conception: "The family is the married couple and their children (or adoptees), if there are any". In Lithuania, the other lawful form of living together, the partnership, is possible, but it is not taken into the family Conception.

As one of the supporters of Conception, the representative of the organization "Geros Naujienos Centras" Remigijus Gucevičius said :"The conception does not take anything away from anyone, further, it adds more". In other words, it lawfully establishes the positive discrimination. He and Emilija Pundziūtė, the president of the youth politics council of Young Christians Federation, argue that the safest environment for a child is a married family, as with their commitment the wedded take the duties to one another.

On the other hand, in the present 30 percent of children are born to the couples not based on marriage. "The number of married couples is decreasing, the society is going to the bottomless pit". The supporters of the Conception are questioning: if you love a person, why not to make the relationship legitimate by publicly swearing? Because, as a member of National Families' and Parents' association, teacher Rūta Šalkauskienė has said, while the marriage does not occur, the relationship between partners can be called the building site. 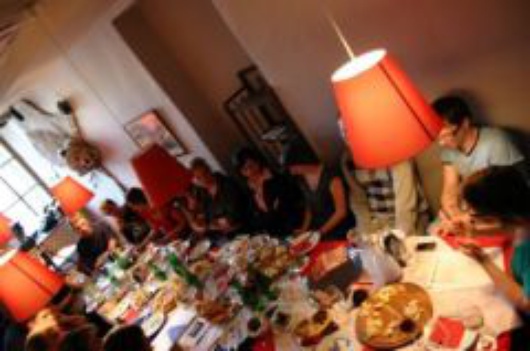 As Tolerant Youth representative Vytautas Valentinavičius said, there are no statistics about the exceptional value of the marriage-based families comparing to the other ones; however, it is noticed, the children that have social problems are mostly from marriage-based families. So, according to the Conception, would a family of alcoholics be valued better than alone father or mother?

The supporters of the Conception declare, not any married family is better than non-full family (the family where the children lost one or both parents) – the family also has to be healthy. Who could state whether the family is harmonious or not is unclear. In the Conception, the opening of new ministry and new council in Seimas is suggested as one of the ways to solve all the problems.

The sociologist who participated in the discussion noticed, the small number of the marriages and a large number of the divorces  (about 58 percent of the married couples divorce) show that the family transformation is proceeding. Also, one of the problems in the country is a small birthrate. Yet, as a present example from Germany showed the conservative methods are not increasing the birthrate, so there is a switch to social-democratic methods.  The best environment to raise a child, according to a sociologist, is in Scandinavia, where the sum birthrate is the biggest. 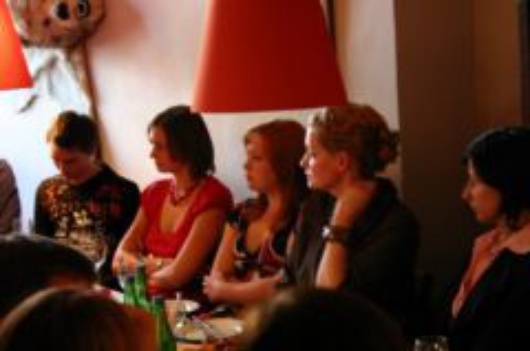 Equal Possibilities Expansion Center projects' director Margarita Jankauskaitė also agreed on more liberal point of view about the marriage, by stating that the nations with more liberal opinion to a family, has lesser social division and bigger birthrate. That is why in Lithuania the conception of the family must be created while paying attention to broader goals of the social development and seeking consonance.

She suggests that according to European Union lawful practice, the family is specified as one by a fact – this is a kind of family where people live together, have a common house sharing, raise children. Also, according to Europe Human Rights and Main Freedoms Convention article No 8, the families are not differentiated to marriage and non-marriage based ones. There is a risk to abuse United Nations Child Rights convention, according to which all the children must be equal. Universal EU policy is also clear: to decrease the discrimination and increase the tolerance.

The supporters of the Conception have a different point of view towards liberalism. According to R.Jucevičius, in Europe the diversity dominates and each country has its own identity: "One can go to Holland to smoke marihuana, to Spain – to get married with a same sex partner. So if you want to smoke or arrange such a marriage, with a respect to this country you will go there".

R.Šalkauskienė agreed with him: "If we would say that the family is anyone who can live together, then, I am sorry, we would have a situation when two homosexual individuals will adopt a girl – this is a problem of personality development and sexual identification".

Š.Bagdonas expressed his astonishment to the members of the discussion about the attempt to legally determine the worldview subjects that in the West are separated from the law. However, the teacher debated that the values, like the family that entered the marriage, are common to all mankind.

These harsh discussions were accelerated by two sentences from the Constitution: "The family is the foundation of the society and country" and  "the marriage is made by freewill agreement between a man and a woman". The supporters of Conception are convincing that according to them the family and the marriage is the same; the opponents fierily contradict. In Lithuania, it is only The Constitutional Court that can explain the Constitution. In its practice, the question "what is the family" has not been examined yet.