Why are politicians such messy eaters?

Politicians on the campaign trail are desperate to be seen like normal, everyday people - and what could be more everyday and normal than enjoying a bite to eat? Unfortunately, since eating is also rarely dignified, many politicians find themselves the subject of very unflattering pictures.

Theresa May’s campaign trail visit to Cornwall has been poorly received by the British media, not least because she locked journalists in a cupboard and refused to let them ask questions while she toured a factory. But the coup de grâce may turn out to have been a small slice of fried potato. Photographers snapped the prime minister in the middle of eating chips from a traditional Cornish chippy, with a bizarrely aggressive expression on her face. Maybe she was imagining that the chips were all tiny versions of Jean-Claude Juncker.

May is not alone - being caught with an awkward facial expression mid-meal is quickly becoming a campaign tradition for British politicians. In 2014, then-leader of the Labour Party Ed Miliband was caught tucking into a bacon sandwich with gusto: 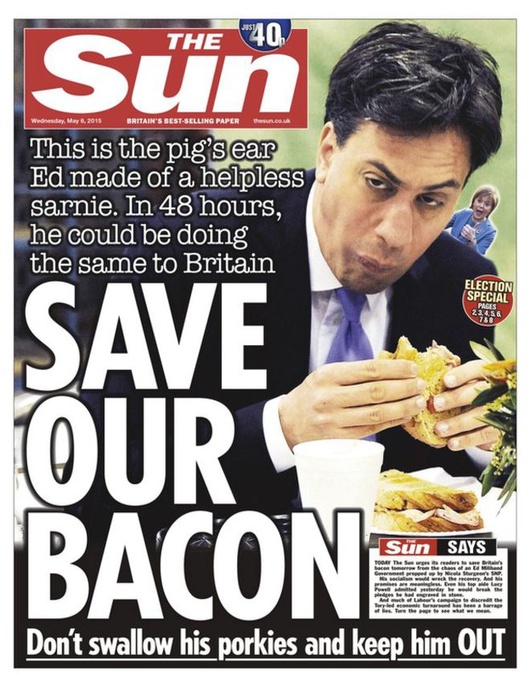 The Sun newspaper ran the photo on their front page the day before the May 2015 election, with the legend: “This is the pig's ear Ed made of a helpless [sandwich]. In 48 hours, he could be doing the same to Britain.” It was part of an ongoing narrative to paint Miliband as a hapless geek, and sadly, it seemed to work: Labour lost 26 seats in the election, and Miliband himself resigned as party leader.

Obviously a good leader needs some table manners, but going too far can cause problems, too. Just a month before that ill-fated front page, David Cameron was pictured at a barbecue eating a hot-dog with a knife and fork:

He still seemed more normal than Donald Trump, however, who was widely mocked when he tweeted a photo of himself using cutlery to eat a bucket of fried chicken in the luxury of his private plane:

Of all the foodstuffs politicians are thought stuffing in their faces, perhaps the worst is ice-cream. Spanish prime minister Mariano Rajoy demonstrated as much when tucking into this cone: 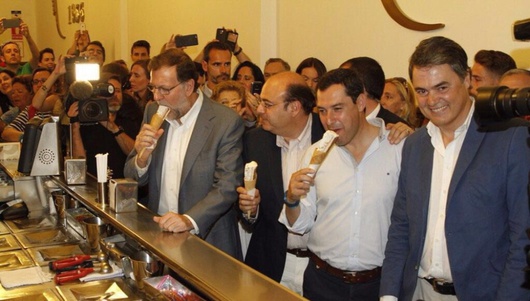 And the less that’s said about this picture of former Italian PM Silvio Berlusconi, the better… 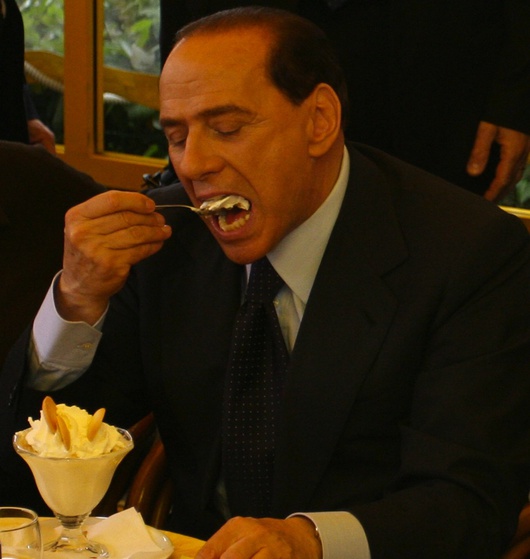 What’s perhaps most baffling about the majority of these photos is how little the subjects seem to be enjoying her food. At least smile, like French president François Hollande: