"It’s a self-perpetuating cycle," says Benjamin Fearn, who was 19 when he stood as a councillor in Manchester at just 21 when he was officially selected to run as a Member of Parliament for his constituency, Derbyshire Dales. "Not enough young people are getting engaged in politics in the first place. Politicians don’t pay attention to young people’s needs because they don’t vote, and young people don’t vote because politicians don’t pay attention to their needs."

The feeling of under-representation lies at the core of the astonishingly low number of young people on the political scene. If only politicians were to gear their political projects towards a younger demographic, this demographic would be more motivated to vote. But simply because of this gap, along with the fact that the majority of politicians are over the age of 30, young people get pushed to the sidelines. The danger here is disassociation: the illusion of there not being enough space for youth in politics. 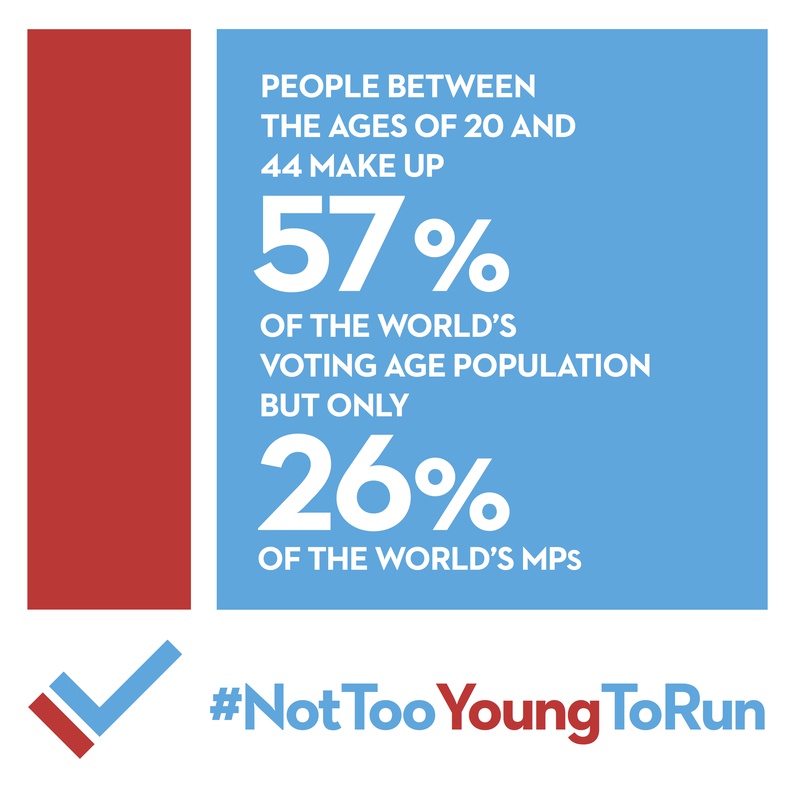 This could easily be mended through making politics a more accessible and integrated part of our everyday lives, starting at a young age. According to Benjamin, politics should be introduced through education: "[Politics] has to be taught better in schools. When I was at school there was nothing of the sort. I got into politics through history lessons. There could be a politics lesson once a week for example, to give young people a background on what it’s all about. Unless you really go for it yourself [after high school], you won’t know what it’s about. You can’t blame young people for that." And although some schools have introduced citizenship lessons, many professors are afraid of being biased in the classroom.

But unfortunately this is just one side of the coin. Even when a young person manages to leap over the initial hurdles preventing them from getting involved in politics, they still face age discrimination when they are in the game.

Werner Latournald is 27, and currently running as candidate for the 577 Party in France. He’s frequently called out on his young age. When asked if he ever felt discriminated because of it, he replied: "Every day, I can assure you. From the banker who opened my campaign account, to people that I talk to about my political project, to volunteer donors. It is constantly something that people put forth as if it were a flaw… But if we are going to be a truly representative democracy, then there must be young people in the national assembly."

What this dreadfully small percentage represents is both reluctance on the part of young people to join politics, but also prejudice on the part of their elders if they choose to do so. It all starts with education. From there, the possibility of being encouraged into politics should be more prevalent. If being a politician continues to be seen as a daunting task for (white men) of an average age of 50, then it is time to break that stereotype. Take Mhairi Black, the "baby of the house of Commons" and youngest Member of Parliament. She has been representative of the Paisley and Renfrewshire South constituency since the age of 20: that’s two years after being given the right to vote, and by any standard you care to name she’s owned her role. Adding a young (and female) soul like Mhairi Black to the equation has a domino effect – it will encourage others to voice their concern and eradicate the stereotype of the old, white, male parliamentarian.