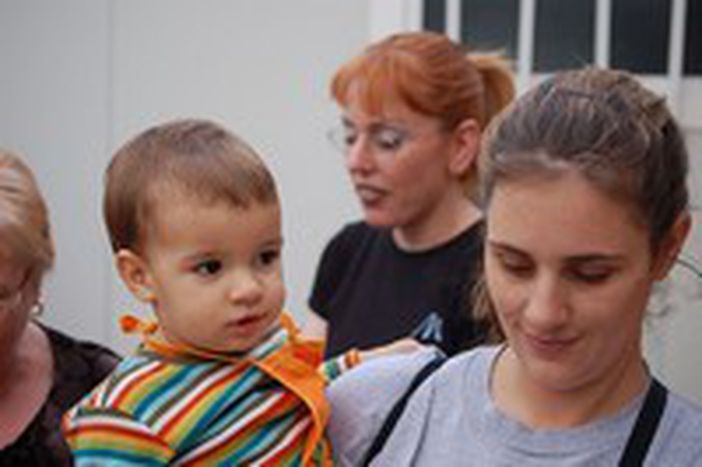 While France and Finland are miles ahead in childcare in Europe, Germany is still struggling against old role models

Europe is getting older and the world is getting younger. Governments cannot reverse this trend; only weaken it. They can do this by addressing three areas: retirement age, immigration policy and birth rate. The latter is closely connected with national care options for children. Increasingly more women are deciding to start a family later. According to Eurostat (see here in German), there are clear differences in the age women first give birth. What possibilities exist for parents who want to work and have a family in Europe today?

In Germany under-threes can attend crèches, while children aged 3-6 can attend kindergarten before they begin school. After this, however, the search for day care is not over. For most young school goers the school day ends at 11:30 and not all parents have access to day care facilities. Often the geographical location of the parent’s house decides whether or not the offspring will be entitled to day care.

In Baden-Württemberg, next to Bavaria in the south, there are only 23 crèche places for 1,000 children. On the other hand in Sachsen-Anhalt (around Berlin) there are 566. The new Bundesländer (federal states) still benefit from a well-structured childcare system in the former east Germany. In general, childcare for over-threes is easier to find, while there is a shortage of options for under-threes. However, recent legislative proposals from Ursula von der Leyen, minister for family affairs, promise more state support in the future. Under the new childcare bill to be decided on in early September, a third of under-threes are expected to have access to a crèche place by 2013.

Alongside Scandinavian countries, France has one of the best childcare systems in Europe. Its hallmark is the various players in the system. Towns, communities and the CAF (state family assistance fund) as well as private bodies and associations are all involved in providing care facilities. Particularly plentiful are the options for under-threes. These range from full-day childcare and public crèches (crèche collective) to the halte garderie, at which children, according to need, are taken care of for a few hours. Then, the young children attend kindergarten (école maternelle), which is generally open from 8am to 4:30pm (also during holiday periods). Young parents use the option a lot, not least because it is largely free of charge and is widely accepted by society. Compared with other European countries, France is one of the few countries to have an increasing population and rising birth rate. The reason: parents-to-be – or more frequently mothers-to-be – are not forced to choose between a part-time job and staying at home.

Finland: Equality all the way

Combining work and bringing up children is an important theme in Finnish family policy which is characterised by its equality between the sexes. In the north, mothers and fathers-to-be already have a right to childcare. They can choose between a place in day care centres (päiväkoti) and care from a babysitter in a family day centre (perhepäivähoito). If one of the parents chooses to take a career break in order to devote oneself wholly to raising the children, the state pays.

Regardless of which model Europe chooses to follow, politicians should be aware that a well-structured care system is an excellent investment in the future. While the model is likely to tip the scales a woman's decision to have or not have children, the social model will play a deciding role for children from less well-off families, offering everyone an equal chance. Europe can simply not afford not to care about our future generations.