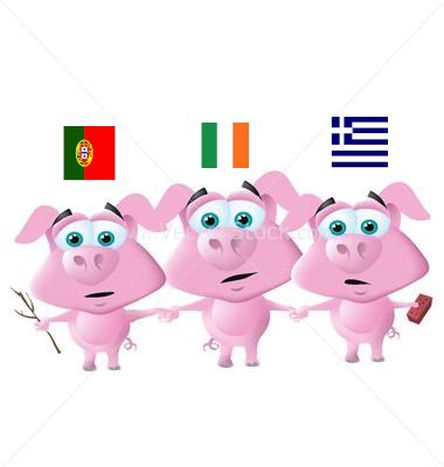 Who is the big bad wolf for the Euro-PIGS?

Honestly, those guys in Europe are insane! Some days before Frau Merkel says to the Christian-Democrats that it was a great mistake that they allowed Greece to join the Euro and yesterday the German chancellor actually...eulogized the efforts of Greece to achieve financial stability!

"Although Germany is the" standard "of strict budgetary discipline, Greece is an example of what a country should make in order to return to the path of virtue, namely financial stability" said yesterday the German Chancellor, leaving us...speechless!

But what is actually her goal? I mean ok, now we have Greece, Ireland and Portugal, the three little pigs but in this story who is the big bad wolf? Is it Germany? And why?

What Berlin really wants is a permanent mechanism for those EU members who do not follow the rules. However, it seems that Merkel wants the private sector to be a partner in this mechanism. What this really means?

Well on the one hand, the markets will be assured that no EU country is going to bankrupt and this will prevent the EU countries from ''attacks'' against their bonds. On the other, however, investors will never buy second-class bonds from those country which are under the mechanism, since their value in the markets will be smaller. So are the markets the big bad wolf?

In Berlin they believe that under this pressure, the PIGS will actually accept the changes they propose, something which justifies a bit their ''hard'' line.. 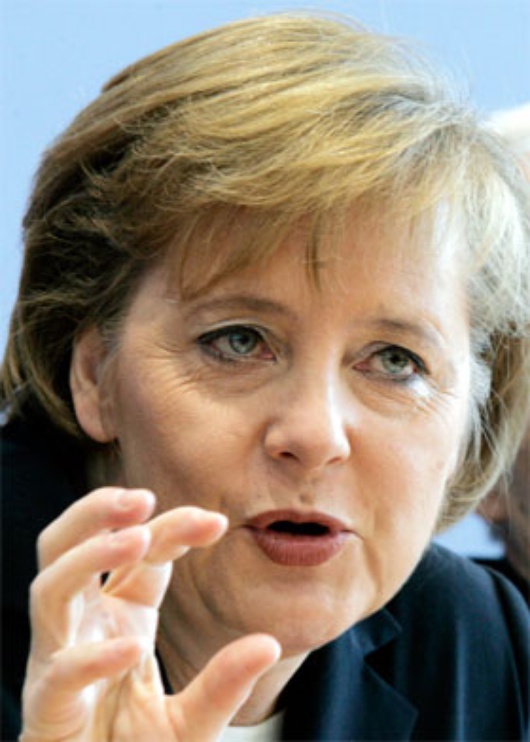 Yesterday, the EU Parliament tried to adress the issue, with the President of EU and Jose Manuel Baroso to be optimistic that a formula will be found in the December summit. Also, Guy Ferhovstand leader of the Liberals and ex-prime minister of Belgium, proposed to issue Euro-bonds as the only solution to the problem.

Is she the big bad wolf for our Euro-PIGS?

What we have to see is if Berlin they have a ''hard'' line indeed, or whether they are just bluffing in order to lead the negotiation to the German proposals.

The thing is that the PIGS have not a common alternative to propose, and I am afraid that indeed the big bad wolf, whether it is Germany or the markets, will finally tear their houses down..