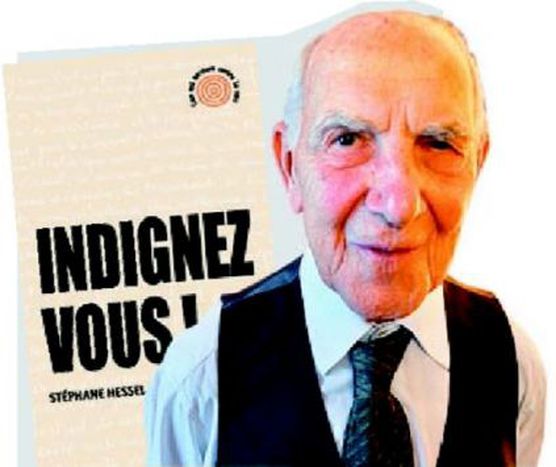 Who is Mr. Stephane Hessel ?

Who is mr. Stephane Hessel and why is a trend in France, despite the fact that he is 93 years old? Mr Hessel is a retired diplomat, who wrote a booklet of 32 pages which is priced only..3 euros! In this ''manifesto'' Mr Hessel calls the French citizens to react and resist in order to re-invent the society. «Ιndignez-vous!

» (React) is the name of the book, which today is No1 best-seller in France, breaking every record in sales during Christmas.

The book attacks corruption,poverty and the power of money which makes us socially callous and leads to tremendous inequalities. The aim is trying to lead towards a revived French society where the state will support the people and where pensions and social gains will not be attacked for the sake of profit.

Publishers are stumped. Within a month the book has sold over 80,000 copies alone in Paris! Across France 600,000 readers have bought the book since last October when Indigene, a small left-oriented publishing house released it.

Outrage! Rebel! Resent! This proposal-invitation mady by Mr. Hessel, made him a ''saint'' for the French Left who is trying to face Sarkozy 's austerity measures and gain the Presidency in the following elections.

Despite French politics however, dont you think the Mr. Hessel's invitation has something to tell to all Europeans? Why the welfare state has to collapse in order for the banks or the enterprises to get profits? Why do we allow this ultra-capitalism to prevail without any return to the society? Interestingly enough, what many people expected from the youth of Europe, it is now presented by a 93 year old man and proves that being young is primarely a matter of the spirit..