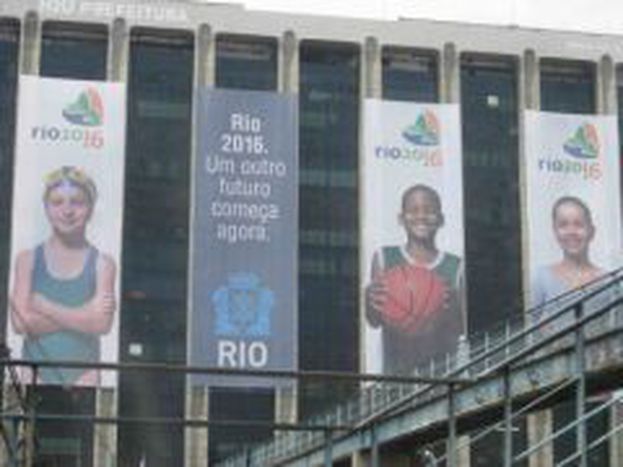 Who decided that the North was up?

I was in Rio de Janeiro the other day (yes). It was shortly after the International Olympic Committee announced that the Cidade Maravilhosa would host the 2016 Summer Games - the first ever in South America. It made people merry, and rightly so. (Especially companies specialised in printing large banners like the one I photographed.

Santiago de Chile could be a candidate for some fancy winter games, I thought. First-rate ski resorts in the Andes, good infrastructure and safety, reasonably reliable institutions, what else do you need? The world-class venues and facilities, you can improve or build later. You sure need a vision and a kick-ass project, which Santiago could also provide with political will, good planning and a talented team on board.

Oh, and you need winter in February. D'uh.

The summer games have already been hosted in the southern hemisphere and could be held in any country lucky enough to be warm year-round. But the winter olympics - together with their wealth of opportunities for "development", will stay in the rich hemisphere for ever.

The South is used to being "upside down" anyway. Upside down from where, though? Who decided what's up and what's down?