Who cares about politics?

What are the chances of young people getting involved in politics? Is it boring? Or interesting? Only those deal with it who are really passionate about politics? Or should we all be interested because it is our responsibility? Questions like these were answered by our French and Belgian guests on the last day of Sziget. 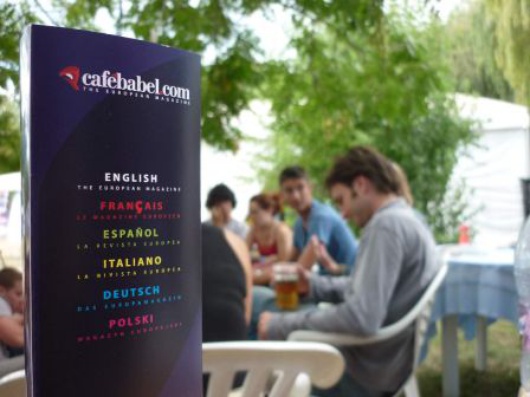 We return right back to the starting point: what is politics? If it is what it is, why does not everyone take part in it? Why does not everyone have an opinion, take a stand, debate or have a say in public affairs?  Vincent, a PhD student at the University of economics of Budapest, says that the society was push to become apolitical. For example, he mentions the alienating techniques of the Kádár era to depoliticize the society: "don't care about politics, we will provide you what you need" . This depoliticization was accented with the false illusion of individualism promoted by capitalism and consumerism.  According to him, we manage to make the people, in particular the youngest, to believe that politics only consists on elections and the party system. Despite this he thinks that the Hungarian youths can be and will have to be repoliticized soon considering the upcoming crises.

Our conversation turned to other delicate matters like the failure of the EU constitution (we may have heard about know France’s „non!”, Holland’s „no!”) or the participation in the elections and legitimacy problems in connection with it. Of course it does not apply to Belgium. Not only did they not have a government for 15 months but despite all the rumours the country thrives and they do not even consider splitting up. It would be an expensive act anyway, says Charline, journalist from Brussels. In Belgium the vote is compulsory. The message is clear: everyone should have an opinion and grow awareness. In other words everyone should grow awareness if he/she wants to form an opinion – could some say referring to the Hungarian situation. 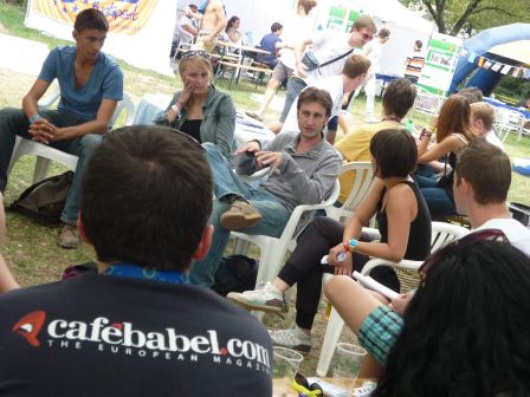 We could not help but relate to Hungary from time to time. This is how it goes in our European family. The original subject of our conversation, Francois Hollande crops up, who is "the minister of the youth" and won the French presidential elections after 15 years of right wing regime. Although 55% of the youngsters supported him, it is still unknown what percentage of the country's population voted for him and for what reason. (Let us think of the Romanian situation where 3 million people elected Basescu president then recently 8 million people wanted him to leave in a referendum which finally turned out to be invalid.) It is interesting that we talked at least that much of Sarkozy's rhetoric having divided the French into good workers and lazy ones. After all we could say that it is the same as good and bad Frenchmen, but we do not say such a thing.

In the end our big audience had a chance to fill in a questionnaire developed by a research group made of politologists who are on tour across Europe. The questionnaire asked the member states's youth about their European identity. We can not wait to see the results.

The debate was put down by: Endre Orbán, Photos: Dorottya Egres, Translated by: Mária Ballai