Whistleblowers: Rudolf Elmer, the inside man (2/2)

An external auditor, a major employee in the biggest Swiss bank handling security management and then a administrator in Mauritius… there were no alarming signs that Rudolf Elmer was about to blow bank secrecy wide open. Nevertheless, in 2009 he started, in collaboration with Wikileaks, a fierce crusade against his own industry. Portrait of the orchestrator of a "leak in paradise".

"Dear journalists, my fellow whistle-blower friends don't like you so much," was the title of the French independent media Rue89 on the 14th of March. It denounced the frequent carelessness with which the press were betraying the sacred principle of the "protection of sources" by putting whistle-blowers at risk.

Rudolf Elmer has had a hard time because of the tax office first and foremost, but the media after that. David Leloup – director of the documentary A Leak in Paradise about Elmer’s crusade – testifies: "It's very interesting – and I show this in the movie – just because of one CD, Swiss journalists will not write the same story as The Guardian. In Switzerland the story was 'data theft in the Julius Bär bank' [the bank where Elmer used to work. ed.], whereas in the Guardian it was more along the lines of: significant customers, politicians and military officials fraternising with drug dealers in Mexico own secret trusts in the Cayman Islands."

Moreover: "[Rudolf Elmer] has been criminalised from the beginning. Journalists said the same thing about Rudolf as the bank did to defend itself – that he was mentally deranged, that he was not of sound mind – and journalists just reported that as gospel, without even using quotation marks. That raises major ethical issues on the part of the press!"

The importance of protecting whistleblowers

In spite of harassment, months in prison, an outrageous media lynching and his deteriorating physical and psychological state, Rudolf Elmer talks about this time in relative terms: "The way they all treated me is significant; it sends a message to society. I'm one of the people who came back home, who came back to Switzerland when I could have stayed abroad. But I'm provocative; I push them out of their comfort zone. By reacting, and mostly by reacting in this way, they allow me to convey my message!"

Could it be that the sacrifice a whistleblower makes is a prerequisite to raising awareness about such abuses and having them abolished? It seems that is true in Elmer's case, he claims there is a "need for rules which do not yet exist. Be that in Switzerland or Europe". 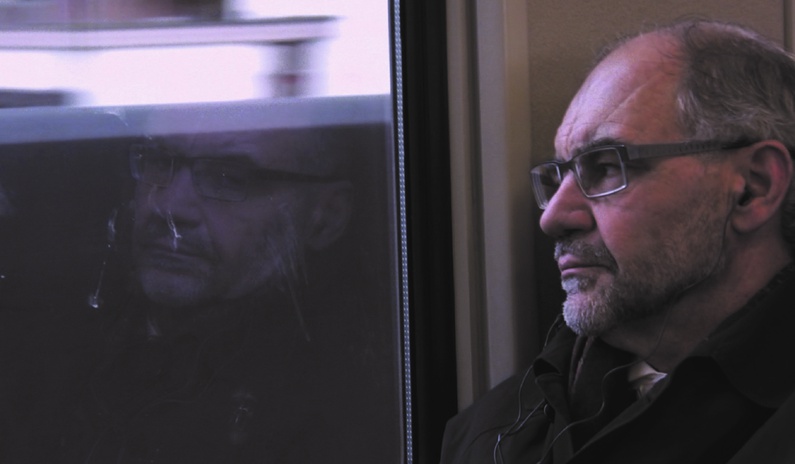 "There are always those people who know, but don't say anything fearing the consequences. They're right to be scared; the follow-up is often extremely violent," he continues.

In every recent corruption case – from Volkswagen, to FIFA or the Panama Papers – the "Insiders" could have informed on and denounced people if they were promised protection. But until then, the director says that "there is no existing specific directive regarding the protection of whistleblowers in the European Union".

However, Transparency International – among others – has carefully worked on drafting precise guidelines. "To me it looks as if they are the most advanced," says Leloup. "At least, the European directive could be – I think – written in one afternoon, using these guidelines and a few readjustments. If you read carefully the Whistleblower Protection Act in the United Kingdom, it's the first real European law protecting whistleblowers, and its recognised by all associations interested in such matters."

Stay in the shadows

In the wake of his misadventures, Rudolf prescribes the following: "A kind of universal council of specialists that we could go to as whistleblowers, knowing that we could talk to them without it leaking. In my case, for some clients it was neither right nor fair to leak their data. We need someone, or several people, to analyse the data. We need experts who are truly honest. Of course, they should be elected, but I do not know by whom yet. Should it be directly by the people or by an indirect secret ballot?"

In general, journalists are the first point of contact for whistle-blowers. David Leloup, himself a journalist, thinks that it's "a good filter because an honest journalist normally writes in the collective interest, but also because they can analyse the data revealed and see if it's really relevant."

In spite of this privileged status, journalists are singled out for their lack of attention to the security of their whistleblowing counterparts. Last month in Berlin, the Foundation Logan and the CIJ (Centre for Investigative Journalism) organised the Logan Symposium. Big names in investigative journalism denounced the way whistle-blowers are put at risk and called for their immediate protection.

Jacob Appelbaum, the journalist who revealed that the NSA had tapped Angela Merkel in 2013, regrets that some of their whistleblowers were labelled "cyber activists", firmly placing them outside of journalism and away from any form of protection (however ineffective and fragile). This could result in a situation that "puts them at risk of going to prison". Julian Assange and Edward Snowden are proof of this: because of their status and precarious situations they could only attend "as computers on a desk".

In this context, Rudolf Elmer considers that "it's essential that real whistleblowers are protected, so that they can show themselves in public, faces unveiled". Currently, we talk the talk but don't walk the walk.

Trailer of A Leak In Paradise by David Leloup.