The future of Tűzraktér and Trafó is still in question Written by Ráhel Németh, translated by Mária Ballai Ruin-pubs are indisputably among Budapest’s biggest tourism attractions which often serve as cultural workshops too. Many institutions of this kind are nowadays in danger of closing.

Certainly everybody has heard about the story of the popular in Terézváros in the last few weeks, but few people know that in the 9th district is also in peril. The causes of these two situations are similar: the present owners of the buildings need returns.The Hungarian capital city would like to nationalize the building of Trafó (and the Budapest Operetta and Musical Theatre too). According to an article on Index news portal BKV (Budapest Transport Company) gets 19 million forints (about 70 thousand euros) from the state, but the capital city should renounce the ownership of the two real estates in return. This money would only partly and temporally save the transport company from the crisis, its long-term existence would not be ensured. To pay the debts it would need further state intervention. 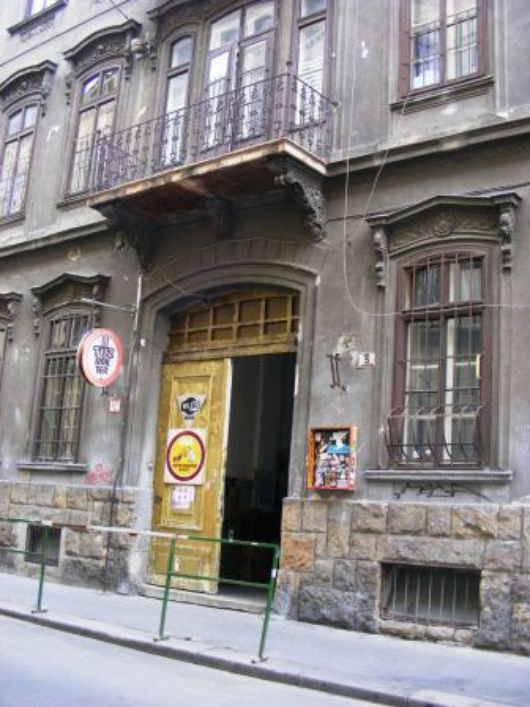 The news that the employees and artists of Tűzraktér Independent Cultural Centre and Artists’ Retreat have to move out from the building till 31th March 2011 came as a bolt from the blue for them. They have worked in that building in Hegedű street since 2008. Of course the management already knew that despite of the monthly 150 thousand forints (about 550 euros) rent, the self-financing full-scale fire prevention system and the expensive sound engineering the local government would ask for much more rent. Therefore they had to make new contracts from time to time usually for only a few months period, but from 31th March the local government did not want to rent out the building to Tűzraktér. The recent tender for renting the place is about more than 3 million forints (about 1100 euros) monthly and the renovation of the deteriorating building would also be the new tenant’s responsibility. The local government gave the cultural centre the opportunity to bid on the building but it did not give more advantage to the Pro Urbe Budapest prize winner Tűztaktér, which has occupied the building for years. In 2010 Tűzraktér was honoured with this prize by the capital city, which is given annually to communities or persons for carrying out outstanding cultural activities in behalf of the capital city. Since Tűzraktér is maintained by donations, tenders and of course incomes from catering that has hitherto provided for the rent and the high service charges of the enormous four storey building, it is not possible for them to pay the costs assigned by the new tender. Before the moving deadline there were no parties, nor was the bar open in the cultural centre. On the night of 24th March instead of the usual partying, drinking audience, only the theatrical company and a few disappointed employees were in the completely empty building. The employees did not consider the local government’s decision absolutely illegitimate, but they knew well enough that before they moved in the building, it had been almost constantly empty since 2002 when the Theresa-town Bi-lingual Primary School and Teaching Centre moved to the opposite building. Both in the case of Trafó and Tűzraktér the same question arises as to whether the closing of the cultural centres is the most prosperous decision. If the capital city hands Trafó over to the state in return for the huge amount of money, still it is a favourable solution not to rent the building out or use it for other purposes, so the House of Contemporary Arts could be open untroubled. 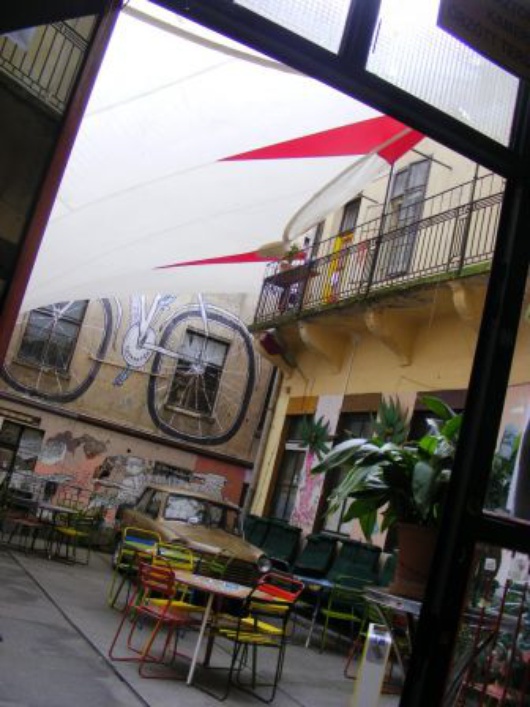 Presumably Tűzraktér would not be rented easily because of the reasons mentioned above. If the cultural centre has to move after all, the Theresa-town Local Government’s income would decrease by 150 thousand forints per month and the building would not be maintained, not to mention renovated. Considering the tender announcement the local government would benefit more if Tűzraktér remained at its current place. Because instead of being an empty unprofitable building in Hegedű street it could remain a culturally diverse institute that yields definitely more than nothing. On the other hand the trouble the cultural centre would have to face if loosing the place must also be taken into account. Many people like Tűzraktér, it has more than six thousand fans on its Facebook profile. Most people choose the place because of the company or concerts it provides. Apart from the audience we should not forget about another group. Tűzraktér gave work and opportunity to young artists to show and make use of their talent. The 19 years old Norbert Nguyen Tran studies applied graphics and has been working for Tűzraktér for half a year. According to him the place’s biggest attraction is the artists’ retreat. “I am interested in all fields of art from street art to photography and painting. I have been long looking for the place where I can create something while getting to know others and feeling good. I have been spending all my afternoons in Tűzraktér for half a year. I think if someone strays in here for a coffee or beer he sees nothing of what is happening right there. While X is drinking his coffee Y paints the work of his life. This building is also an artists’ retreat where there are wide possibilities for young artists and not just for famous ones. ” Despite of the approaching deadline the artists, employees and fans of the cultural centre did not give up the hope to reason with the local government, on 25th March they organized a protesting march in the afternoon, and a big party with the concerts of previously performing bands in the evening. The local government held out the prospect of reconsidering the rent if the tender is unsuccessful and making other conditions for using the building. At the end of March it turned out that nobody wanted the building. Nobody could pay 10 million forints for the rent and the renovation. Tűzraktér did not apply for the tender but handed in its future economic plan to the local government. Two days earlier the most disadvantageous pictures of untidy rooms and dirty toilets in Tűzraktér were presented on the homepage of the Theresa-town Local Government which showed nothing about the actual activities of the Artists’ Retreat and the ateliers full of paintings. However on 31th March the decision-makers of the local government reconsidered the building’s situation on the evening board meeting. Considering the circumstances they decided to discuss the case in the following month, till then the artists’ retreat remains open. The management of the Tűzraktér published the favourable developments on its Facebook page and thanked the support of the fans as well. On the grounds of Thursday’s decision there is still hope that the Theresa-town Local Government would support the cultural activities in Tűzraktér instead of pursuing the highest possible income which seems temporarily unsuccessful anyway. The 18 years old high school student Zoltán Buka is one of the optimists. “As a matter of fact, I have been in Tűzraktér only for a few times but I know what attracts so many young artists here from every corner of the city. The artists’ retreat is a great example of the modern self-organizing art life in Budapest and that is why it would be a shame if it closed. I have pleasant memories of the place: one of my writings was published here for the first time.” 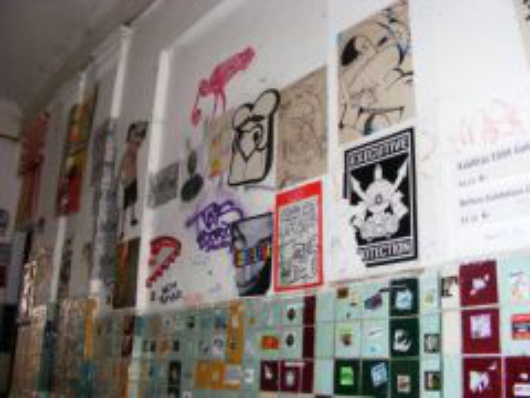