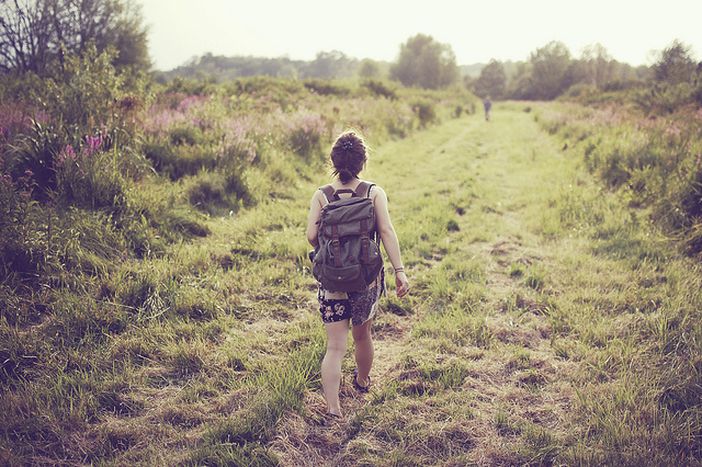 Where The Wild Beavers Dwell

Germany? Oh, you mean the overpopulated country in Central Europe where neither gnats nor leaves can be found...If you think German flora and fauna are boring, you should take a look at Ralf Stork's new guidebook "Deutschlandsafari". Against all expectations, wild animals still exist in Germany, and this summer we're going on the hunt.

Wild elephants? Lions? Or even giraffes? Germany may not fill expectations of the African Big Five, nor of the Great Barrier Reef or Gobi Desert, but by no means does that mean that the entire country is only made up of small towns and autobahns. In the hikers' guide Deutschlandsafari (2014), Ralf Stork does away with such prejudices: "We simply don't believe that somewhere out there life still exists. But in fact, the animal world just outside our homes is more spectacular than we would think possible. Animals live among us that one wouldn't even suspect can be found in Germany." My squirrel, the alien? 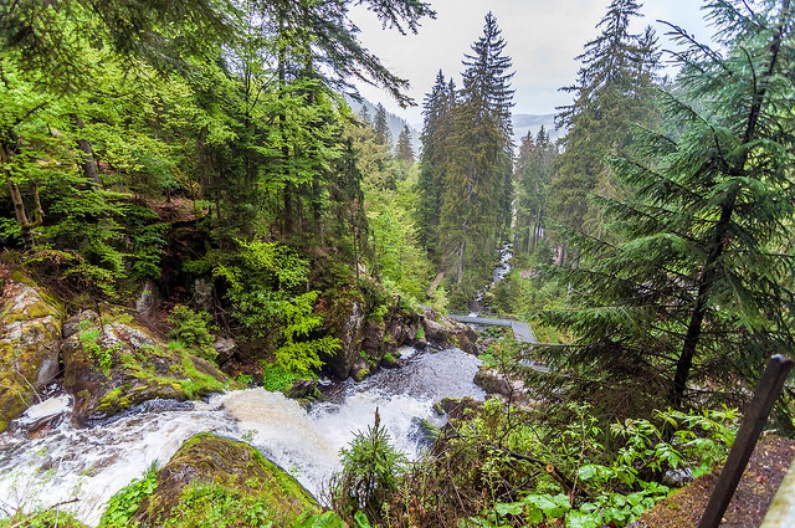 Okay, so probably not elephants. But instead, there are starlings, seals, storks, beavers, bison, deer, toads and of course squirrels that can be marveled at. In Deutschlandsafari, Stork presents 15 undiscovered natural paradises, six of which are just a little further away than Berlin's outskirts. So why go to the Wannsee or gawk at bunnies in the Tiergarten for the hundredth time? A tour through "Biberland" (land of the beavers) is surely more exciting: sounds like a fairy tale? Get ready for prehistoric riverside dwellings and filthy rodents with bucked teeth! Luckily the Havelland is just a stone's throw away from Berlin and, according to Stork, is so populated with beavers that you will be sure to spot a couple of the colossal rodents. After all, the days in which Germany was "beaver-free" are over. For the author, those gnarled trees are "evidence that Germany is becoming just a little more Canadian, and that nature is finding its way back to us, despite autobahns, monocultures and rivers that have been straightened by man".

It's been a while since Germany was "beaver-free" 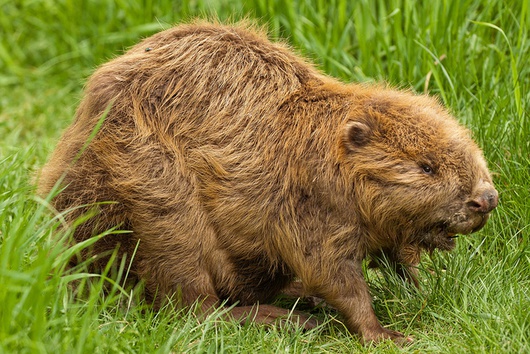 With cheerful words, Stork describes how he goes on a beaver hunt in his canoe, not having to give much effort to track examples of the genus Castor fiber, which apparently looks like a duck without a neck. In passing we learn that beavers, which are considered the largest rodents of Europe, can weigh almost as much as a deer; that for a long time Catholics enjoyed them as a delicacy during Lent; and that if they are unlucky, they can get crushed by the very trees they cut down. Stork doesn't just explain when and where you can best spot these fat little swimmers, but also in which hotels you can eat well, sleep and further educate yourself. Although it is the author's goal to bring city slickers out into nature, he still knows that they usually like to sleep on soft matresses, and that they don't like to curl up in the wet underbrush. In that respect, Deutschlandsafari is more of a cushy nature guidebook; not everyone has to be Heinz Sielmann, after all. 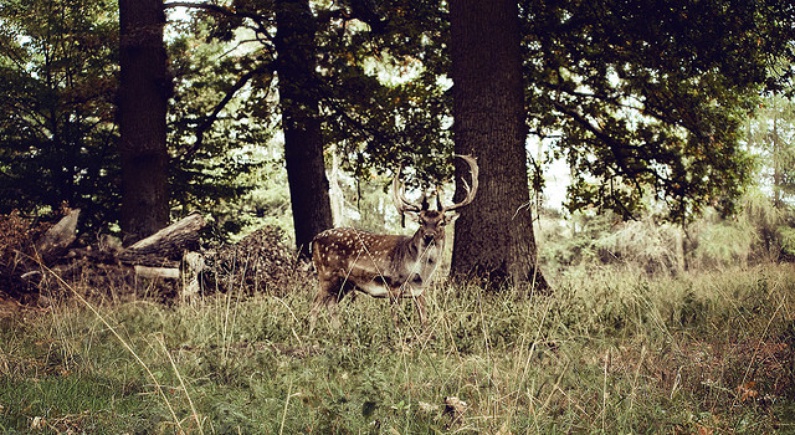 So that we can at least imagine ourselves to be a mental match for Germany's most famous wildlife documentary filmaker, Ralf Stork answers all possible questions you might have: how much does a family of six stork eat? What's a "megaherbivore"? What kind of relationships do Ciconia ciconia prefer? Where can I spot wheatears? Some facts seem rather depressing: how can it be that the Döberitzer Heide just west of Berlin remains so untouched, all because it has served as a drill ground for the military as far back as anyone can remember? Why did the Przewalski horses have to die out in the wild, prompting modern animal researchers to try returning them to the wild? Why, oh why did we place Europe's natural environments in such heavy chains?

Encounter with the marmot 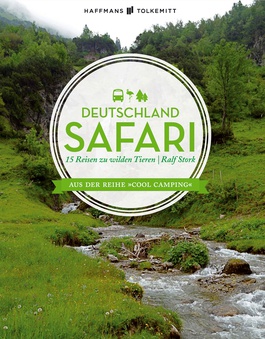 To turn Germany back into a wild primeval forest is of course as impossible as it is pointless. That's why the central European safari fan contents himself with the best of what is left in the remaining green areas. How about a hike into the "land of the marmots"? The Allgäu may not lie in Berlin's immediate surroundings, but when you think of the safari distances in Africa, China and Australia, the time it takes to travel by car between the capital and Bavaria at least feels like less than 2.5 hours. And in the end, the Alps offer the best of Germany. "Because of the short distances we were able to watch a large number of marmots doing a number of different things, and found them...well, ...kind of cute. For a nature lover who wants to precisely observe and describe animals, this is a rather embarassing confession to make," admits Stork.

Considering the general absence of brown bears, wildcats and wolf packs in German forests, you won't have to be embarassed to have a preference for marmots or grey seals. They may not be part of the Big Five, but that is no reason to be lazy and keep your hiking boots tucked away in the closet this summer. And if you live in Berlin, you no longer have an excuse either. 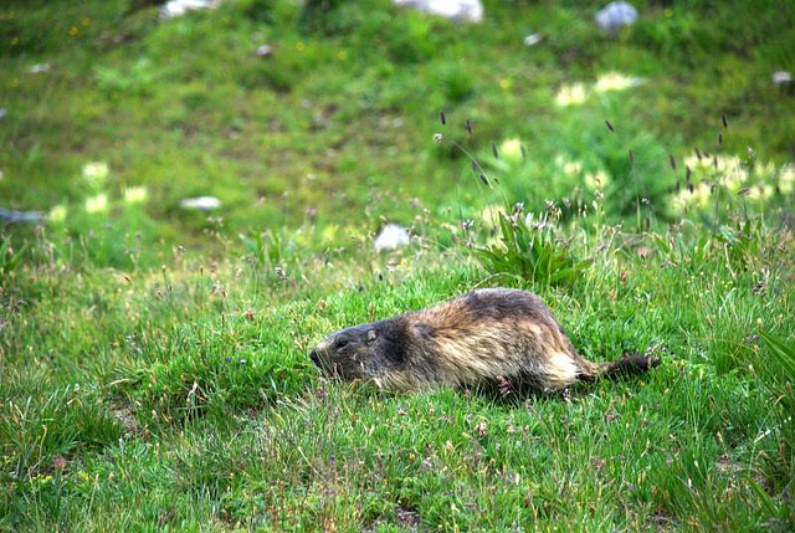 Hurrah, hurrah, the summer has come! Even if the parks in Berlin have been transformed into recreational zones since June, the month of August remains the highlight of the hot season. In the coming weeks, Cafébabel will gather the best summer impressions. For more information, find us on Facebook and Twitter.