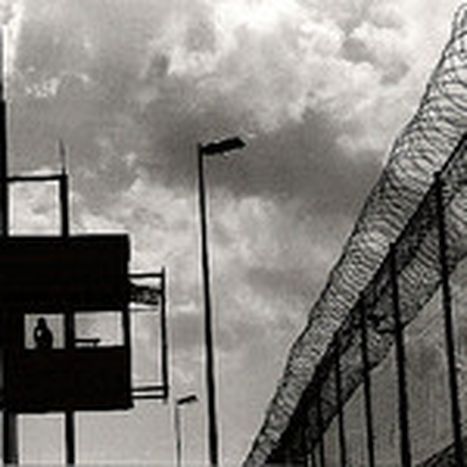 “Where are the European legislators?”

By Marnix de Witte Last week, Amnesty International and The European Group of Progressive Alliance of Socialists & Democrats co-hosted a meeting to question Italian pushback practices in the Mediterranean. The event was well-organised, interesting and eye-opening, but the "debate" that followed was, sadly, characterised by an absence of engaged dialogue between European legislators and NGOs.

On Thursday the 25th of October, Amnesty International and The Group of Progressive Alliance of Socialists & Democrats in the European Parliament (S&D) co-hosted a gathering in the European Parliament called ‘S.O.S Europe: The Human Cost of Defending Our Borders’. The topic: the bilateral Italian-Libyan agreement concluded in 2007, when Silvio Berlusconi and Muammar Gaddafi were still ruling their countries.

The agreement led to numerous pushbacks of asylum seekers since the full implementation of the agreement in 2009, the year the Italian army intercepted 800 asylum seekers at high sea before they could reach Italian soil. All were sent back to Libya.

Libya is an example of a country that has not recognised the right to asylum. Asylum seekers cannot lodge applications, they are often imprisoned in horrible conditions and torture and ill-treatment are common. The treatment of asylum seekers in Libya does not comply with the most basic fundamental human rights as enshrined in international human rights and refugee law. Numerous reports, such as those by The United Nations High Commissioner for Human Rights (UNHCR), The Council of Europe Committee for the Prevention of Torture, and those by respected NGOs such as Amnesty International and Human Rights Watch repeatedly warned of the dangerous nature of such bilateral agreements.

These two points sum up the dreadful consequences of the bilateral Italian-Libyan agreement. At the S.O.S. Europe event, the award-winning documentary Closed Sea was screened, and director Stefano Liberti was present. An impressive documentary, which showed - by filming one of the crossing boats and interviewing the survivors of the push-back and ill-treatment in Libya - the brutal and inhuman treatment of migrants.

The movie also includes justifications by the Italian government for implementing such policies and the ruling of the European Court of Human Rights in Hirsi v. Italy. The applicants in this case concerned 11 Somali and 13 Eritrean asylum seekers who were intercepted at high sea and sent back to Libya before they could reach Italian soil.

The final ruling strongly condemned the Italian practice of pushing back unidentified asylum seekers to Libya in breach with rights enshrined in the European Convention on Human Rights (ECHR). The Court recognised that Italy had breached non-refoulement obligations. Moreover, the Court extended the applicability of the principle of non-refoulement (arising from The 1951 Geneva Convention on Refugees , as enshrined in Art. 3 ECHR), to the high seas. A landmark decision and an important way forward in the protection of asylum seekers.

Abu Kurke, a 23-year-old refugee, push-back witness and boat survivor also attended the event and told his story. Watching this man in search of his rights and for the recognition of the maltreatment of asylum seekers, I realised how strange it must be for him to suddenly sit in the European Parliament and hear mobile phones going off while he tells his story. His story did not leave anyone untouched.

The debate was disappointing. Diana Elthahawy, the excellent Libyan researcher of Amnesty International and translator of Abu Kurke, proved extremely knowledgeable and interesting to listen to. I was ready to listen to an interesting discussion on how to prevent such bilateral practices in the future and how to guarantee a fair treatment of asylum seekers.

Amnesty set the basis for a critical and in-depth discussion, to which Ana Gomes, the EP’s Standing Rapporteur for Libya and member of the organising S&D party, responded with almost automated policy responses. She had no time for discussion and only stayed shortly before she had to leave to catch a plane. No-one could argue with her or ask her a question: clearly a missed opportunity.

She must have not realised that the room was filled with people committed to the issue. All major NGOs working on the issue were probably present. Staff of small NGOs which do invaluable work in support to asylum seekers. Interested students who are committed to dedicate their time to learn more about the issue. The setting was interesting and the organisation was fine. But there was no debate. The absence of representatives of the European people and the European legislators could clearly be felt. Only two MEPs (of the organising S&D) stayed for the debate. No members of other political groups of the European Parliament stayed. No representatives of other European institutions. Even though the S.O.S. Europe event was held on their ground- the European Parliament - the ‘debate’ was more an exchange of NGOs findings.

Politicians (and MEPs in particular) may face evident institutional restraints in turning these humiliations into policy responses. Still, the real disappointing issue is their apparent disinterest in cultivating a more sustained, in-depth and detailed cooperation with the NGOs and their employees. Especially because they can share invaluable insights from the day-to-day challenges faced by these migrants. The S.O.S. to Europe did not receive the response it deserves.

The movie Mare Deserto, produced by Emiliano Bos and Paul Nicol, is now freely accessible on the Internet. The movie documents the failure to rescue 63 migrants in the Mediterranean Sea in March 2011. All of them died. Watch the documentary here. Please also have a look at the S.O.S. Europe petition of Amnesty. It calls on the “European Parliament – and the national parliaments – to fulfil their “watchdog role” and hold European governments and EU institutions accountable for how they treat migrants, refugees and asylum-seekers along Europe’s borders!”