When Opera Met Hockey in the Czech Republic

If you were going to see an opera about hockey, would you dress for the opera or a hockey game? A look at a newcomer on the Czech opera scene. 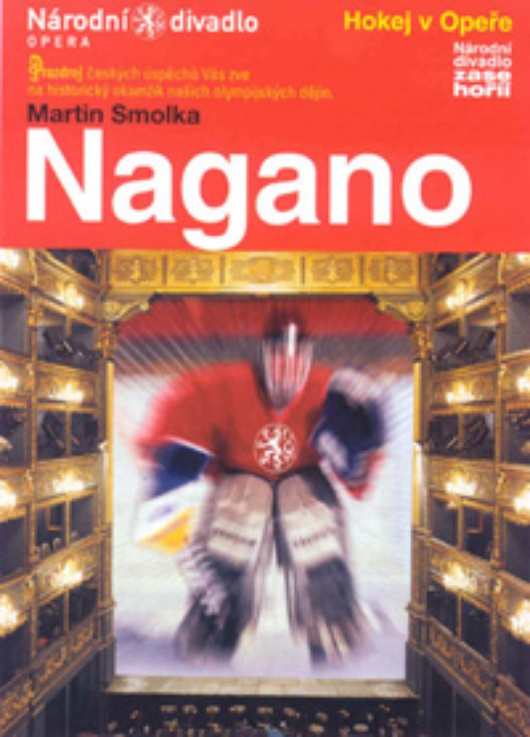 Nagano is something new for Czechs but also for opera audiences abroad. It is a modern work by Jaroslav Dušek (Czech actor and co-producer with Martin Smolka), Boek Šípek (Czech performer and architect) and Ondej Havelka (Czech actor and singer, stage-manager of the opera). The Nagano opera should remind Czech people that their hockey team won the Olympic Games in 1998 in Nagano. It should be celebration that even a small nation in the middle of Europe can win not only in the world of sport, but in other fields too.

But a humorous script and good production alone have never been enough to guarantee an opera success. Putting hockey in an opera has created a lot of interest among the public and the media. But they seem distrust this new style of artistic production. New operatic projects are always something of a risk but it seems even more hazardous to choose hockey as the topic rather than, for example, the life of Karel IV. However, Nagano is managing to stay afloat at a time when respect for the hockey players’ feat is mingled with the absurdity of their position as modern national heroes.

It is true that there are some rude words in this opera and it could be argued that it does not belong on the Stavovské or National Theatre stage. Maybe Mozart or Dvoák are turning in their graves because there aren’t any long or complex melodies but the music is like a mosaic taking the best from current compositions as well as from musical traditions further back in history. It is not accidental that the performers appear to both like and attack their lines. Smolka contributes with a wide gamut of vocal instruments, from singing to speaking. The result is a clever piece of theatre.

Reconnecting with a new audience

But does this sort of artistry belong on the modern opera scene or have its creators made a mistake and written a musical instead of an opera? It is true that it has rung the death knell of classical operas. Works such as Aida, Tosca, Madame Butterfly or Prodaná nevsta are no longer composed. Opera is no longer taken from history and ancient myths but rather from current issues that could interest as many people as possible - even the younger generation which connects opera with anachronisms rather than with current cultural experience. Young people seem to want to have fun more than learn so this original project may interest them. Maybe this new Czech opera will become a part of current Czech national identity.

Everybody can form their own opinion but if you are a fan of Mozart’s Magic Flute go and see Nagano instead of turning on the TV at home.