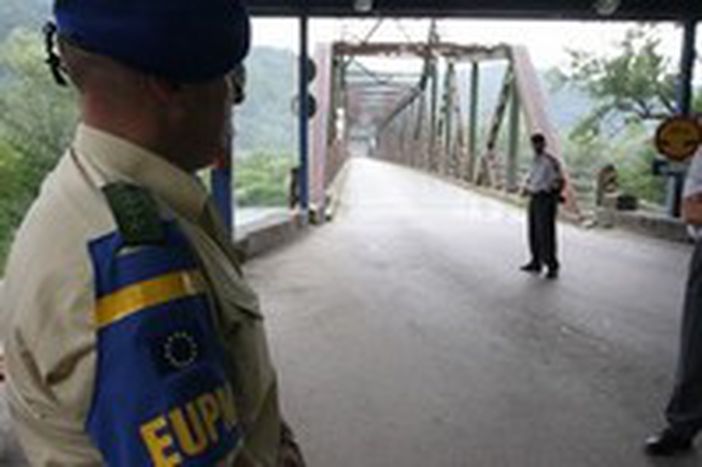 When Europe exports its police

Brussels is no longer reluctant to invest in the promotion of justice across the globe. Today it is participating in the process of reforming the judicial and policing systems of countries in the difficult transition to democracy

Efforts by the EU to encourage justice and stability across the globe are not limited to its support of the International Criminal Court. Over the last few years, the Union has been progressively increasing its civil capabilities to manage crises within the framework of its European Security and Defence Policy (ESDP). This new breed of 'European armies', essentially composed of judges and police, are sent to failing states or those undergoing democratic reconstruction, with the aim of spreading European conventions of justice and security.

Success for justice in Georgia

One of the greatest successes of the EU is without question the EUJUST THEMIS mission led by Sylvie Pantz in Georgia. For one year, a team of around ten European judges and magistrates worked in partnership with Tbilisi institutions to work on reforms such as the reduction of remand periods and the decentralisation of Georgia's judicial system.

Once established, these transformations should bring the legal system further into line with international democratic criteria, but equally, they should allow improved cooperation with EUROJUST in transborder affairs such as organised crime and terrorism.

Fighting against organised crime in the Balkans

A rather more sober example is that of the current European Police Mission in Bosnia-Herzegovina (EUPM). Started in January 2003, it is the first police operation initiated by the EU within the framework of the ESDP. This is a burden that has proved too heavy to bear: despite a budget of 38 million euros over two years, its 500 European police officers failed to improve the performance of local police. According to official statistics, crime levels rose by 20 to 30% between 2004 and 2005.

Experts on the region are all of the opinion that in its haste to attribute a first easy success to the ESDP, the EU underestimated the scale of the task. In the difficult context of the post-Dayton peace accords period, the mission given to European police officers was to create a common police force for both sections of the country (Republika Srpska and

the Federation of Bosnia and Herzegovina) and to fight against organised crime. It was far too ambitious a task for a first mission. However there does remain a glimmer of hope: an agreement on police reform, in line with EU principles, was adopted on 5th October 2005 by the different parties involved.

If these operations deserve credit for giving the European Union the image of a global actor in favour of world justice and peace, the lack of thought with which some of them have been planned and are carried out demands an examination of the EU's actual objectives. Is it acting in the name of altruistic humanitarian principles, according to which security reform is an indispensable condition for a transition towards a peaceful society? Or does it have the hidden aim of protecting its own territory against what are now considered as 'new threats': terrorism, organised crime, illegal immigration, drug and human trafficking?

According to Derek Lutterbeck, researcher at the Geneva Centre for Security Policy, "the deployment of police forces in regions like the Balkans is often considered as a means of fighting against crime on the ground, but also of preventing these criminal activities from crossing our borders." Indeed, in the ruins of these post-conflict societies, organised crime finds fertile ground to develop. Operations to promote the justice and police systems therefore appear to be an effective means of preventing the propagation of these 'new threats' on European territory, by outsourcing the tools to assure the domestic security of the EU.