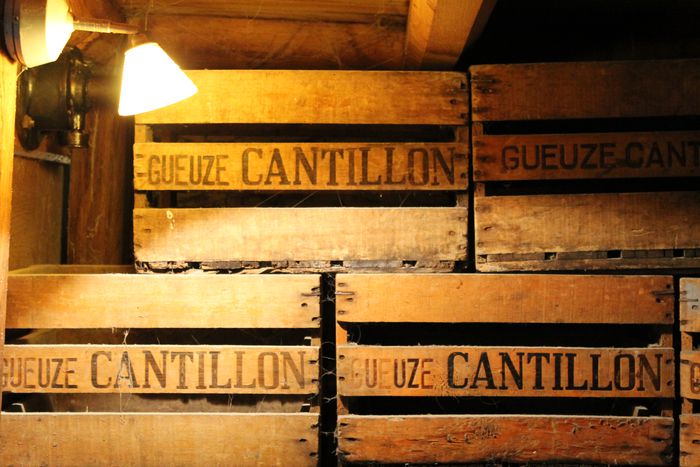 When a brewer awaits cool nights

Brussels. Beginning of November 2015. Sunny days and warm nights, with temperatures above those which usually can be felt at this time of year. A lot of people are drinking beer outside. But are all brewers happy with this situation?

Since its development in ancient times beer has always paid tribute to climate. Cereals and other starch sources are essential to make beer, and the use of hops since Middle Ages has made brewers even more dependant of good harvests. The latest technologies can’t provide solutions to all the challenges linked to climate change for the modern breweries, and this is still truer for much more traditional ones.

Such is the case of the Cantillon brewery in Brussels. Located close to the South train station (Midi/Zuid) it is one of the few maintaining the brewing techniques of the “old times”. By this we mean a lot of handwork, equipment dating from 1930’s and, very relevant, use of natural air as an essential element in the process.

While modern breweries may rely on tools and machines to control the temperature, at Cantillon and other lambic breweries around Brussels the cooling of the wort happens during the night. Thanks to this, wild yeasts and other microorganisms contribute to the spontaneous fermentation of the beer in a natural environment. Therefore the appropriate temperatures are essential to keep the production ongoing.

However, an alert was given by Jean van Roy, current brewer at Cantillon, and quickly echoed by various Belgian and British media. The high temperatures have obliged him to postpone the start of the brewing season, which nowadays goes from November until end March. Climate change has been directly pointed out as the cause and as potential threat for the future. This news gave also a lot of concern to those planning to come to the Open brewery day of 14 November, which was nevertheless maintained independently of the weather conditions.

Asked by Cafébabel, the brewery recognised that the changes in temperatures and seasons shortened the brewing period which lasted in the past since October until May. Sophie Matkava reassured that the production itself is not at risk, nevertheless it might diminish should the temperatures be too high to match the optimum brewing conditions.

Looking at the statistics from the Belgian Royal Institute of Meteorology, the average temperature in Belgium has increased from approximately 9°C at beginning of twentieth century to almost 11°C in this decade. Not surprising that this factor is also of interest for the brewery as a possible evolution of microorganisms could influence lambic’s characteristics.

In recent years, drought and irregular seasons in various regions had an impact on the quality and prices of barley malt so cherished by the brewers. Floods in Poland some years ago put in threat the future of local hop growers. Therefore upcoming conferences on climate change will be of interest for the brewers’ conditions in long term. With growing number of brewers, diverging perspectives on tradition and innovation, as well as clearly changing conditions for raw materials, what future awaits beer for its enthusiasts?