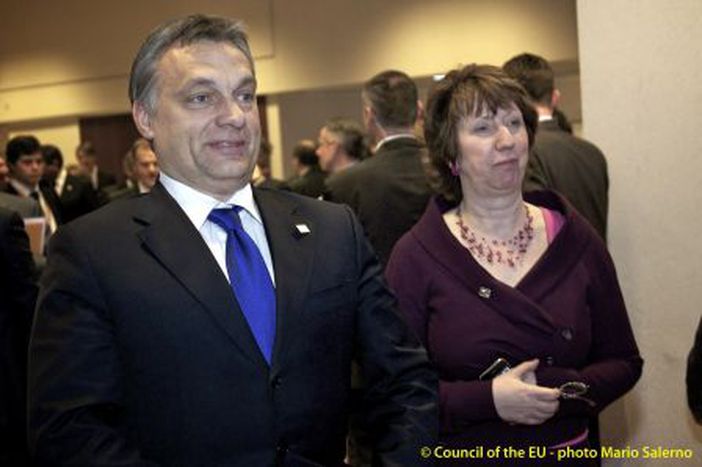 What the Hungarians are facing

By Delphine Reuter Here it comes. On January 1st, the Belgian presidency of the European Council passes the torch to the Hungarians, who find themselves in a push and pull situation. They will have six months to show their leadership skills and steer European debate in the right direction. They will also need to succeed in tackling important challenges at home.

Much of the ambitious program for the combined three presidencies’ is left for Hungary to achieve, especially in the field of energy where Hungary wants to play the role of regional leader. “Energy security will remain a key issue”, Spain, Belgium and Hungary wrote in their common program. Securing energy supplies is a particularly tough challenge for the EU, as it needs to strengthen cooperation with a number of neighbouring countries to ensure a stable flow of resources to its economy. The new energy security action plan that was supposed to be voted on by the end of this year has been postponed until early 2011, making it an opportunity for Hungary to shine on an international level. Hungary’s ambassador to Brussels, and other diplomats within the permanent representation of Hungary to the EU, understand what heavy dossiers the Council Presidency comes with. “We understand we have a full plate, and a lot came at the last minute”, said Márton Hajdú, spokesperson for the Hungarian presidency. The three-presidency program states that an instrument should be created to facilitate the diversification of energy sources, of the origins of supply, of the transit routes, and to support the development of interconnection projects.

Today, the project to build a gas pipeline that would offer a different transit route from the one favoured by Russian companies is a key issue for DG Energy. Unfortunately the strategy’s poster child, the Nabucco project, which would cost close to 8 billion euros and link the Caspian sea to Central Europe, has been facing so many delays that critics have voiced concerns that it will not succeed. Budapest politicians may not share their Brussels counterparts’ lucidity or knowledge.

“I’m quite skeptical about what they can deliver”, reporter György Folk, who writes for Hungarian economic weekly HVG, said. “Many have little knowledge of what they should negotiate.” Hajdú said that the February 4 Council will be a first test as it will focus on energy policy. Hungarians, Belgians and Spaniards initially worked on the draft program with the Poles, Danes and Cypriots, who will follow up with another three-part presidency starting July 1, 2011.

Even though Member states switch presidency every six months, there has been a constant push in the framework of the Lisbon Treaty to support cooperation between countries to facilitate long-term achievements. The Treaty entered into force on 1 December 2009, which made this trio the first real cooperative group of presidencies.

György Folk added that Hungary had done considerable work in meeting or talking with heads of member states to prepare the presidency. According to Peter Magyari, who writes for global news portal Index.hu, the Hungarian Minister of Foreign Affairs, János Martonyi, has a good grasp of challenges ahead. “It’s a very important agenda for him. 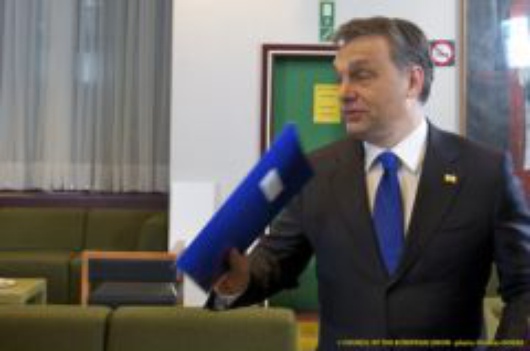 When Hungary joined the European Union in 2004, he was the leading member of the team who facilitated the process. This team still exists, and the EU is still very important for each of them.” Tibor Navracsics, the Hungarian Minister of Justice and Deputy Premier, is “very involved”, Magyari said. Prime Minister Viktor Orbán, who is also the Vice President of the leading European People’s Party in the European Parliament, has been a Euro-enthusiast since he started his political life in the 1990’s. Magyari said Orbán is known for his desire to become a new kind of regional leader. Hajdú said Hungary may push for a focus on enlargement procedures, particularly with regard to Balkan countries, and the creation of more ambitious energy policy frameworks.

During the presidency of the European Council, Orbán and his ministers will face daunting challenges at home: housing reform, educational reform, the consequences of the financial crisis on shrinking budgets, the planned centralization of local administrations, etc. At the same time, Orbán’s party, Fidesz, enjoys a strong majority in the Hungarian parliament, which could help mitigate conflicts and focus on the European agenda.

“They won’t need to fight with their own MPs”, Magyari said.

Yves Leterme, Belgian Prime Minister and head of the current presidency of the European Council, said he talked with Orbán about inducing continuity - respecting the engagements the trio made in their common program. But it will also focus on what it does best, and energy security and energy efficiency certainly top Hungary’s priorities. “It’s not like the world ends after the Belgian presidency, but then a new world starts”, Folk commented. Hungary will present its own program for the period Jan-July 2011 before the European Parliament some time in mid-January, Leterme said.

Hungary joined the EU in 2004, along with other countries from the former Soviet bloc. It’s the third country after Slovenia and the Czech Republic to head the presidency. The next one will be Poland in July of next year.