What Place for Roma in the New EU?

European enlargement will push the Roma issue to the fore across the continent. Will the new Union have the strength of will needed to improve the lives of this community? 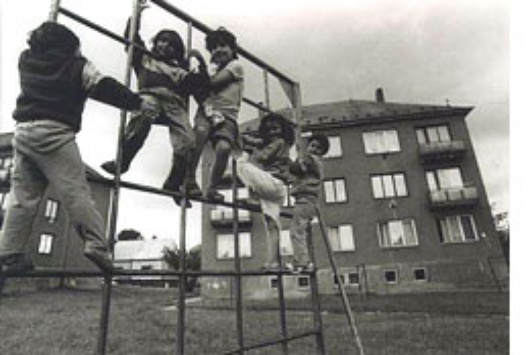 Enlargement and the opening of borders that come with it are causing many sleepless nights for EU member states. For many, the anticipated wave of Roma emigration is the most worrying aspect. According to public opinion, their goal will mainly be states with generous welfare systems. The EU is taking this possibility seriously and introducing precautions accordingly. The question is whether these steps are really necessary.

The situation of Europe‘s Roma population is tragic. 75% are dependent on state handouts, school attendance levels are almost non-existent, and many Roma children are put in schools for those with learning disabilities. Often living in settlements without water and electricity, their existence recalls a bygone era. Perhaps most tragically of all, the inhabitants of Central and Eastern European countries ignore the atrocious living conditions of the Roma community, preferring to give support to those in need far from their own borders.

The root of the problem

From their first appearance on the European continent in the 9th and 10th century, Roma have been regarded with an element of distrust and fear. It is this fear that forms the basis of the misconceptions and hatred still common in present day Europe. The Austrian Empress, Maria Theresa (1717-1780), gave them asylum and protection within her lands and this made it easier for Roma to spread throughout Central Eastern Europe. Communism introduced the next change in state attitudes towards this ethnic group. While guaranteeing Roma work, welfare and education, the party tried to assimilate them into society as a whole. This actually had a seriously destabilizing effect on Roma identity. The subsequent rebirth of democracy in 1989 pushed the Roma question back to the margins of political life.

The Communist regime allowed intolerance to spread and, after the regime fell, such intolerance has just come back even stronger. Skinheads, trying to preserve ‘national identity’, have perpetrated many violent attacks against the Roma minority. Other non-Roma people regard them as dishonest and lazy. The medieval practice of usury has become a daily feature of Roma life with tragic consequences. Due to abject poverty, they are forced to borrow money at huge rates of interest from wealthier Roma. Up to 80% of Roma settlements have been affected by this trend.

Integration into the wider community continues to cause problems. In the past the Roma had Vajdas, leaders who offered a link with non-Roma communities, but recently the Vajda have lost influence, creating a power vacuum filled by competing Roma clans. Attempts to revive their position have as yet been unsuccessful. Other Roma, who attempt to integrate, are faced with the prospect of exclusion from their own community because of its traditional way of life.

What can be done?

All future EU members have fulfilled criteria regarding minority rights but the reality is quite different. Solutions are urgently required and education must be the highest priority. Pre-school Roma children are taking part in integration courses. Adults are enrolling in various programmes enabling them to fully participate in democratic life.

But the Roma community cannot do it alone. Society as a whole must help them by accepting their values and identity. The Roma issue already links Central Eastern Europe and it will soon be an issue for the wider European community. Ignorance is the problem; dialogue is the way forward. It is to be hoped that the urgent steps needed to fulfill this aim will be taken.