What happened when a Turk tried to enter German borders in 2012?

After hosting the cafebabel.com team in Istanbul, I embarked on pursuing a story in Hamburg. Inspired by my humble academic expertise, I decided to investigate the state of media plurality in the media capital of Germany, says Burcu Baykurt

Every Turk who is an avid traveller should know how it feels like being so close to Europe but also terribly far from it every time we want to travel. The stories of the gruelling visa process just to be able to hop on a plane and fly for a couple hours never get old. To your surprise, that wasn’t a problem for me as I had already had a visa, valid for two months, and the cafebabel.com team nicely accommodated my situation.

My problem, though, was the questioning look on the face of the border control officer when he looked at my passport and said ‘I cannot let you enter the country, miss’. I had a valid visa, but I’d exceeded the maximum amount of time I was allowed to spend within the Schengen area. ‘That’s very tricky for many people,’ said the kind officer, ‘many people misunderstand it’. A friend of mine said I’d deserved it because I had not checked the details enough.

On the one hand, he was right. Being a Turkish citizen who travels a lot, I should have been cautious enough to get prepared before hopping on a plane. On the other hand, there was something profoundly wrong with that feeling of ‘getting deserved’ because of a ‘tricky’ system. 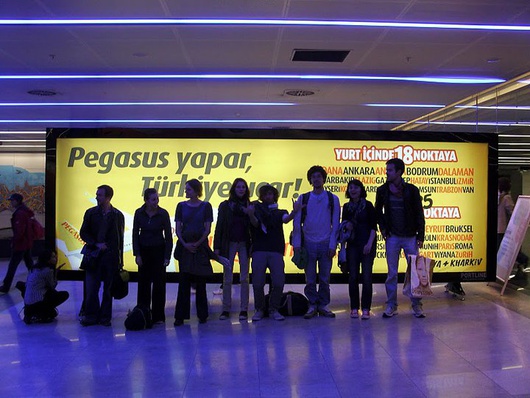 Ironically, German citizens do not need a visa to enter Turkey. Pictured, a cafebabel.com trip to Istanbul in 2010, when the Spanish, British and Polish jounalists naively found themselves amongst a small EU minority needing visas to enter the country - but at least in Turkey, a visa can be bought at the airport itself for around 10-15 euros. Image © Katharina Kloss

The Schengen visa regulation is one of the most celebrated projects in EU history, because it profoundly symbolizes the solidarity and trust among the member states. However, to outsiders, it means a privilege that you should deserve to obtain because you are not trustworthy until you’re handed a visa. I will not get into the rather philosophical discussion of how visas and border checks clash with the right to move, which was once for everyone who wants to explore and travel the world. But while one of the objectives of Schengen is to eliminate barriers against the free movement of goods, people, and ideas in Europe, equality has never been at the forefront of the system. Whether it is candidate countries or non-EU states, the Schengen visa regulation and application procedures could easily tell a lot about which countries are perceived to be wealthy, or which ones are feared to flood into Europe. 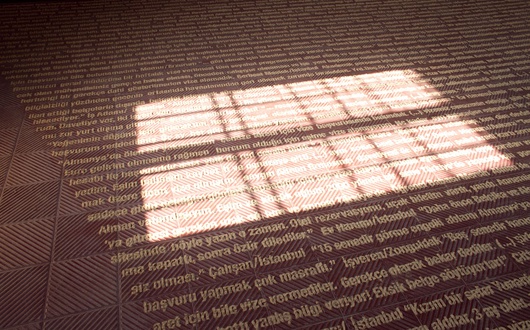 Turkey, for example, is the only country to hold EU membership talks without the benefit of the visa liberalisation. Bulgaria and Romania are the two other countries that have not yet enjoyed the free movement even though they have been members since 2007. For all three countries, the problem seems to be the potential influx of illegal immigrants, but a huge imbalance in the visa application procedure still exists, depending on which country one is from and through which country the application runs through. Starting from the number of documents asked for to the number of days that the processing takes, rules and regulations seem to be flexible for those countries that could bring significant tourist money, and tightened for those that cannot.

To illustrate the difficulties faced by Turkish citizens during visa applications, the Turkish artist Devrim Kadirbeyoglu launched a public art installation last year: ‘Who Draws the Line?’ Using the excerpts of complaints submitted by citizens to the Visa Hotline, Kadirbeyoglu’s project aimed to communicate the human stories behind the procedural requirements of Schengen visa. By combining humour and protest, musician Sarp Yeletaysi made a song called ‘Schengen Macht Frei’ (‘Schengen Sets You Free’) in 2011 to raise awareness about what he calls a ‘violation of basic human rights’. 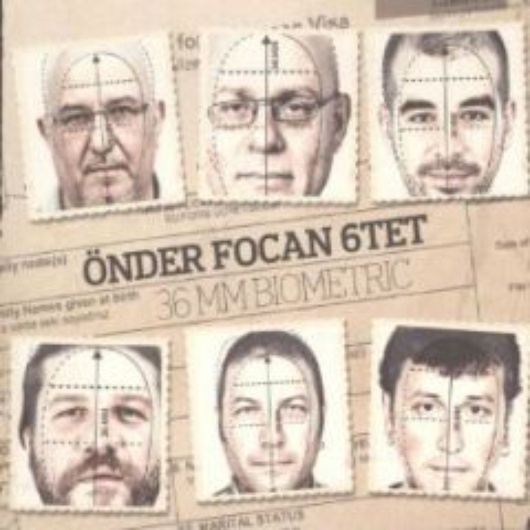 The Turkish jazz guitarist Onder Focan’s latest album is called 36mm Biometric, again as a tribute to the non-standard Schengen visa process that kept him in queues for hours and required him to submit pages of documents every time he attempted to get a visa. While my response to the unjust visa system is not as creative as others, we all agree on one message: we do not want those contingent lines that not only separate us, but also imply to determine our trustworthiness.

Read part I of 'A Turkish tale of cafebabel.com and borders: an insider/outsider story' here