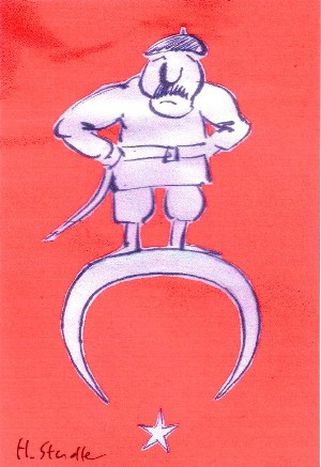 When negotiations over Turkey's membership of the EU commence on October 3, some Italian civil servants will probably react by exclaiming “Mamma li turchi” (mum, the Turks are coming!). The expression, still used today when Italians feel threatened, comes from when raids on Southern Italy were carried out by Saracen pirates. So it seems that if European languages are anything to go by, Turkish membership could be difficult. Pedantic Germans are sure to fear the falsification of documents, since for them turken means to forge something. And the English might fear that the whole issue is a 'turkey', despite London's support for Ankara's candidacy. In the end, it might be left to the French and the Spanish to save the Turks. Let's not treat Turkey as a tete de turc or cabeza de turco (scapegoat), they'll say. The expression comes from an old game played at folk festivals where the person who hit the target, a ‘Turkish head’, hardest won.