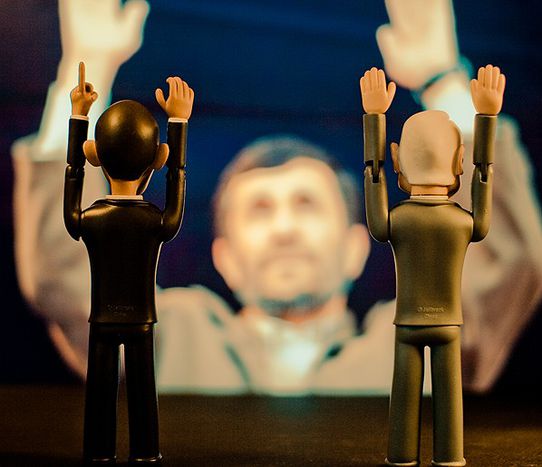 Durban II began on 20 April with a boycott. For fear of an anti-Israel mood and anti-semitic incidents the US, Israel and other states including Italy, Germany and the Netherlands have cancelled their attendance at the so-called Durban II conference. Press reactions from Switzerland, Germany, Italy and Belgium

'Something must be wrong' - Corriere della Sera, Italy

The liberal-conservative daily complains about the participation of Iranian president Mahmoud Ahmadinejad at the Geneva conference: 'If at an anti-racism conference which is supposed to express the United Nations' commitment to defending human rights a man is allowed to speak who describes the Shoah as an 'invention' and heads a regime that has murdered hundreds of political opponents, something must be wrong.

The European states that together with the Vatican decided to take part in the conference despite this may perhaps be able to prevent a repetition of the Durban I debacle. But the danger is that their presence could serve to give international legitimisation to political regimes which make a bloodbath of human rights in their own countries on a daily basis, and which don't even have a clean record when it comes to racism because they are known as masters of anti-semitic propaganda' (Angelo Panebianco)

'We give these people credibility' - De Standaard, Belgium

Like the Netherlands and the US, Belgium must also boycott the UN anti-racism conference in Geneva, the daily writes, pointing out that fundamentalist states like Libya and Iran are dominating the meeting: 'The tone (of the final document) remains that religious or fascist dictatorships are teaching the democracies a lesson as regards slavery, racism and intolerance. Today one of the speakers is Iranian president (Mahmoud) Ahmadinejad, who has had homosexuals hanged, who denies the Shoah and believes that Israel should be scorched off the face of the earth.

Ahmadinejad has had homosexuals hanged

By attending the conference we give these people credibility. Belgian foreign minister Karel De Gucht once said quite rightly in a speech delivered before the UN human rights commission that 'not religions but people need to be protected'. The final document for Durban II does exactly the opposite. Belgium must decide now on which side it stands: on that of human rights or that of fundamentalism' (Mia Doornaert) 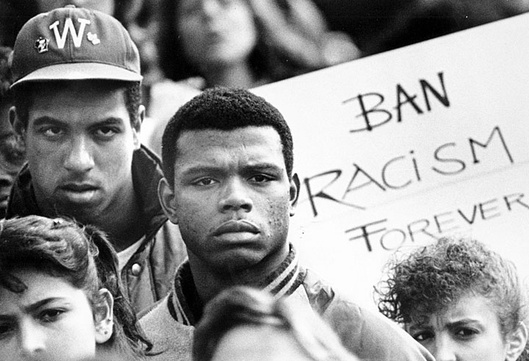 Whereas several European countries want to remain absent from the controversial UN anti-racism conference, the pope has confirmed that the Vatican will attend. He praised the meeting in Geneva as an important initiative in the fight against intolerance.

The left-liberal daily writes: 'Benedict XVI is right in saying 'participation does not imply agreement'. The catholic church, of all institutions, whose experience with democracy leaves more to be desired than that of American, Canadian and Dutch governments, must remind the western countries wanting to boycot the conference - which let us not forget is organised by the UN, - of one of their most lofty values: it is the majority that decides in a society of equals, and their decisions are prepared through argument and reasoning, the 'raison' so cherished by the enlightenment. Who's afraid of whom in all this? Do we not have enough faith in our sense of reason to cross minds with a (Mahmoud) Ahmadinejad? That is the stale aftertaste left by this boycott'

In the daily UN human rights commissioner Navi Pillay defends the first anti-racism conference in Durban in 2001, which was marred by anti-semitism: 'No state is free from racism, social discrimination or xenophobia. These problems are not exclusive to the north or the south. Such evils transcend borders and regions. The Holocaust, the Balkan wars and the genocide in Rwanda show that extreme manifestations of racist violence continue to be a threat.

A global strategy for fighting racism at a national, regional and international level was drawn up

There are also countless examples on a smaller scale, which are also tolerated or ignored forms of hatred. I am very aware that a few anti-semitic demonstrations initiated by certain NGOs cast a shadow over the 2001 world conference. But despite these repulsive incidents the conference reached its goal. For the first time a global strategy for fighting racism at a national, regional and international level was drawn up' (Navi Pillay)