By Elena de Pascual It is official. Croatia is in the European Union. Following six years of negotiations, Croatia today signed the Accession Treaty during the most significant European Council Summit meeting of 2011. It will become the twenty-eighth Member State of the European family on July 1, 2013. 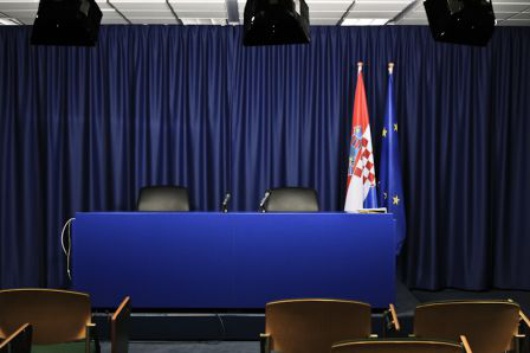 Accession is not the only transformation Croatia has endured this month. On December 4, following historical parliamentary elections, the SDP, the Social-Democrat Party (center-left), led by Zoran Milanovic, took power. It replaced the conservative Christian-Cemocrat Party (HDZ) which had been in power almost without interruption since 1991, the year Croatia declared independence.

The new Prime Minister, Zoran Milanovic is known as the "political son" of Ivica Racan, former prime minister of the “center-left bracket” who was in power from 2000 to 2003, and who laid the groundwork of the “Europeanization” of Croatia. In a few weeks, Zoran Milanovic will become part of Croatian history by overseeing a national referendum, demanded at the beginning of 2012, and for implementing the austerity measures required for the Croatian economy to take-off in a new European environment. The accession treaty was signed by Ivo Josipovic, the President of the Republic of Croatia and Jadranka Kosor, its former Prime Minister.

Croatia obtained candidate country status in 2004 and negotiations between Zagreb and Brussels extended from October 2005 until June 2011. Six years of negotiations, in total, highlighted by the completion of Croatia’s commitments to the challenging demands of the European Union. In the end, Croatia passed the tests on the most difficult matters -and also most important ones to Brussels- including the persecution of war criminals, the fight against corruption and independence of the judicial system.

Croatia's accession is principally seen as the next step in the process of stabilization of the Balkans, and will serve as a model for future European Union membership hopefuls in the region. All eyes are now turning to Serbia, another country of the former Yugoslavia. European officials hope that the Serbs will follow the example of their neighbors, even though candidate country status is endangered due to border issues in northern Kosovo.

Today, the signing of the accession treaty is sharing the agenda with the announcement of measures to provide a definitive resolution to the Euro crisis. In a challenging time for the European Union, presumably, the enlargement provides an effective way for the EU to combat its crisis of legitimacy while also reaffirming itself on the international stage.