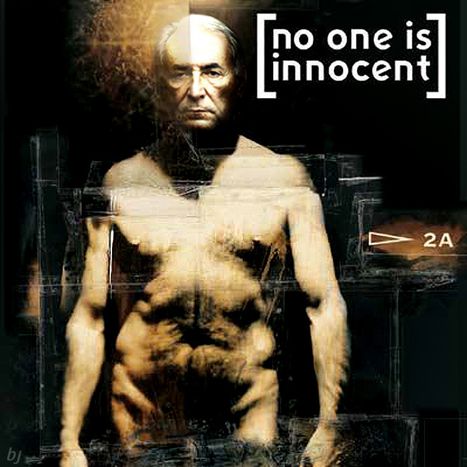 Welcome back to Europe? cafebabel editors size up Dominique Strauss-Kahn

On 23 August the French former head of the international monetary fund (IMF) walked free from criminal charges in New York accusing him of assaulting a hotel maid in mid-May. What would have happened to his French, German or Anglo-Saxon equivalent?

‘I predict that DSK, as the French affectionately call their little bear whose paws were apparently not too wayward, will be paid mega bucks, though in a francophone world only, to attend conferences and solve crises in the Middle West. My impression is his 'lot' got spicier than ever with this supposed scandal. He’s hot property! But I am sure that the Anglo-Saxon world wants no more of him’

To seem or not to be

Sometimes politicials find themselves in awkward positions without even having realised the impact of their actions on the public opinion yet. DSK should behave impeccably from now on if he wants to salvage his reputation. The Greek biographer Plutarch remarked that it wasn’t enough if Caesar’s wife was an honest woman; she had to look like one too. Whether he has been the victim of a plot against him or not, he has to be prudent. Justice has the last word, may that be fortunate or unfortunate. His career depends on it’

‘Ah, how we like it when the curtain falls. It’s like a Freudian slip; in French we call that a ‘missing act’ (acte manqué). Almost in a scene straight out of the commedia dell’arte, Strauss-Kahn has insidiously avoided any political retribution stage right. Stage left, we remember another messianic Frenchman who, in 2006, bent it like Beckham for his career with a nifty little head attack. In both cases it was about a mistake, whether it was judged as one or not. Yet whilst Zinedine Zidane left the stage on a headbutt, Strauss-Kahn, whatever he becomes, will leave on a thrust’

Strauss-Kahn would have survived in Italy

‘Even if he is innocent, Strauss-Kahn has come out of this whole thing completely discredited. His problematic relationship with women was thrown into the global public eye, even if it has been proved that he is not a rapist. New stories, especially the domestic case of young journalist Tristane Banon, who stepped out of the shadows to explain that she too had been attacked by the politician, will always keep tarnishing his image. The political future of a man like DSK could have well continued in a country like Italy, but not in France, where the voters aren’t forgiving. The socialist party have already distanced themselves’

Germany: public execution of the horndogs

This kind of Lolita tale could happen to any politician – in Germany, for example, Christian von Boetticher, a leader of German's christian democratic union, resigned on 21 August after admitting to a relationship with a teenager. She was sixteen and they had first met on facebook. Boetticher spoke of a ‘public execution’ when the case hit the fan. We will never know if France’s Dominique Strauss-Kahn was framed in the tale of New York hotel maid Nafissatou Diallo. Most French citizens are disappointed for their country, as he was the only alternative to current president Nicolas Sarkozy; elections in France take place in 2012 and he was gearing up to the main opposition candidate. Yet the Banon affair is back in France, so his political career is definitely dead. Surely that’s a good thing: did you French really want a potential French president who was capable of a bunga bunga kind of lifestyle?’

‘Who cares about district attorney Cyrus Vance’s verdict. The DSK affair won’t finish tomorrow just because there has been a legal conclusion. We tend to forget that an entire society has tolerated a politician whose perverse reputation has increased as he has become more powerful. This affair will only be finished once sexual harassment will stop being considered a ‘little weakeness’ of a great man but as an unforgivable error which will push him off his pedestal’