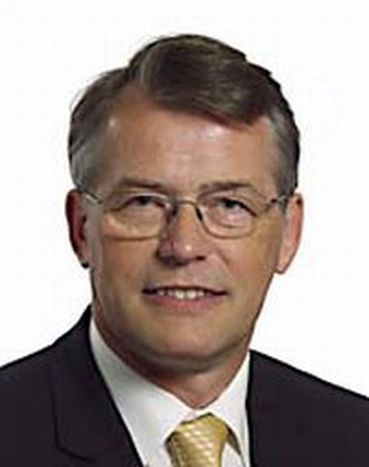 “We need a new budget, but not at any price”

MEP Reimer Böge, who recently presented his report on the Commission’s budgetary proposal for the period 2007-2013, speaks to café babel about his views on the much-contested document.

The European Council and Parliament both have to approve the new budget (or “financial perspectives” in EU jargon) laid out by the Commission for it to come into practice. German MEP Reimer Böge was a leading member of the parliamentary committee which drafted the EU’s only elected institution’s counter-proposal.

In the media, little attention is paid to what the European Parliament thinks about the budget. Why do you think this is?

The problem is that public interest centres on the position of national prime ministers and presidents. But everybody should be aware that no budget enters into force unless the Parliament approves it. We [in the Parliament] will be voting on my report in the beginning of June to fix a position for negotiation with the Council, making clear what the key positions of the European Parliament are.

There is no law which says that the budget must be for seven years. The only reason why the European Commission proposed that the budget should run up to 2013 is because the agricultural agreement of the Council in 2002 determined agricultural expenditure up until that year. The Parliament is now insisting on a budget until 2011 (and the one after until 2016) because we think that we have to create a parallel between the budget on the one hand and the mandates of the Parliament and the Commission on the other. This would make the European budget procedure more democratic.

What will happen if no agreement is reached on the budget during the Council?

With the French and Dutch No to the constitution and early national elections in Germany, which means the current German government may not want to commit to future investments, an agreement could be difficult. There is, of course, the chance that an agreement could be reached under the coming British or Austrian presidency of the EU. But if no decision is made, there are two fall back scenarios. Either the costs linked to the inclusion of the ten new member states are taken into account, which would be done on an annual basis, or they are not. In the first case, which would be better for the Parliament, the contribution of member states cannot be reduced to 1% of GDP, as some countries are currently campaigning for.

So it would be better for the Parliament if no agreement is reached?

I am not saying that I want negotiations to fail. Obviously, it would be better to have a multi-annual framework, particularly because the EU has multi-annual responsibilities in the fields of structural funds and research programmes amongst others, but not at any price. The problem is that what the “club of six” net contributors [France, Germany, the UK, the Netherlands, Sweden, and Austria] wants is not logical. They say: we want to stick to the agricultural agreement, we want cohesion in an enlarged Union and we want to finance new challenges, especially in the foreign affairs area. This cannot be done with just 1% of GDP.

In your report, you recommend that the budget should be 1.07% of GDP, halfway between the 1.26% wanted by the Commission and the 1% the “club of six” want to pay. How did you come up with this figure?

Although the Parliament is in agreement with the Commission over, for example, expenditure on the Lisbon Strategy research and trans-European transport network proposals, there are areas in which too much money is spent. For example, I propose cuts in administrative expenditure by 10%. On the other hand I think there are some new instruments that are really under financed, such as Justice, Border Controls and Civil Liberties. I think that the European Parliament proposal is a more balanced one than that of the Commission.

Would you be willing to increase the budget in your proposal when new countries will join?

Ah, yes! This is one of the faults of the Commission’s proposal. They present a package for the financial perspectives that already include the accession of Romania and Bulgaria, which will cost about 44 billion euros. I would have liked the Commission to propose a budget for the current 25 member states, breaking down the costs category by category for the new accession countries and bringing them into the budget when the new accession treaties have been ratified.

Nearly half the EU-budget is spent on agriculture. Why didn’t you propose cutting this back?

We are bound to legislation and decisions that have already been made; the expenditure on agriculture is fixed until 2013. The standards under which European farmers have to produce are much higher than international standards, and this costs a lot of money. I propose a step forward on co-financing [between the EU and member states]. Agriculture is the only policy that is totally organised and paid for on a European level, and therefore the costs are quite high. If EU agricultural policy was co-financed, the internal balance of the budget between the member states would change. It would then include a discussion on the British rebate, which is no longer justified.