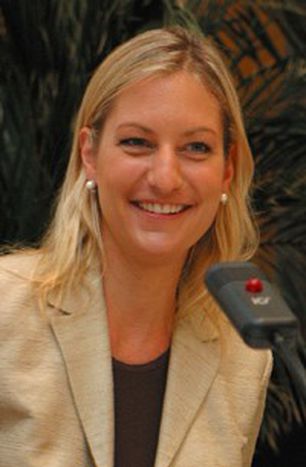 “We can all learn from each other”

Many on the continent are looking with envy towards the UK and the success of Blair’s ‘Third Way’. But Katinka Barysch at the Centre for European Reform believes there is no one social model to follow.

As chief economist at the London-based think tank the Centre for European Reform, Katinka Barysch is a high-profile analyst of European economic integration. Rather than imposing a single social model upon the EU, she suggests that the way to improve member states’ lot is to learn from each others’ successes and mistakes.

What exactly is the Third Way that everyone seems to be talking about?

The so-called Third Way is meant to combine liberal market economics with a social safety net. In other words, it is a half-way house between rampant capitalism and social responsibility. Tony Blair’s policy agenda is, to some extent, shaped by it: On the one hand, Mr Blair’s economic policies are rather economically liberal; more liberal, even, than some of the conservative governments in Continental Europe. On the other hand, the government has a solid social policy, including tax relief for poorer families and a rising minimum wage, and it probably has the fastest growing spending programme on public services in Europe.

Do you think that the British model can be exported to other EU member states?

The UK is in a good position to influence other EU countries because its economy has been doing much better than many of the big eurozone economies, and unemployment is only half of what it is in Germany or France. But there are other attractive models in the EU as well, for example the Nordic model, which combines high taxes and a strong state with liberal markets. And Germany and France are more successful than the UK when it comes to social welfare and public services. So rather than exporting or imposing a single model for the whole of Europe, the EU is now facilitating a process of learning, benchmarking and peer pressure. What you see in Europe is broadly a process of convergence. Europe is not neatly divided into economically liberal countries and those with more socialist leanings.

What are the challenges facing the various social models?

In their own way, they are all responding to the same challenge: how to save their social systems in the face of tougher European and global competition. All EU member states are trying to reform their labour markets to reduce unemployment and create more and better jobs; they are all trying to improve education and innovation, and to prepare their public finances for an ageing society. In some countries the challenges are bigger, and in some the policies are more successful than in others. Italy, for example, is ageing much more rapidly than France or the UK. France still has more to do to liberalise its public services, such as energy. The UK fares badly on indicators of poverty and social exclusion. And Germany has very high taxes on labour that are discouraging job creation. But they can all learn from each other.

How do the new member states fit in?

The Central and Eastern European countries face challenges that are quite similar to the ones in the ‘old’ member states. In many of the new members, the challenges are even bigger. For example, Poland and Slovakia have higher unemployment than Germany or France. In Slovakia, payroll taxes are higher than in most West European countries. Poland has a larger share of people on disability pensions than the Netherlands. And Hungary’s birth rate is even lower than Italy’s. So the need for reform – and to learn from other EU countries – is even stronger than in the West, in particular since these countries are hoping to catch up with Western European income levels. Liberal leanings are stronger in some of the new member states, in particular in Estonia, Hungary and the Czech Republic. But the people of Eastern Europe also have a strong sense of equity and they expect a lot from their governments.