“We are witnessing the last remnants of national politics”

Miguel Ángel Moratinos, the Spanish Foreign Minister and Special Envoy to the Middle East for seven years, invited us into his home to tell us about his take on the EU Constitution 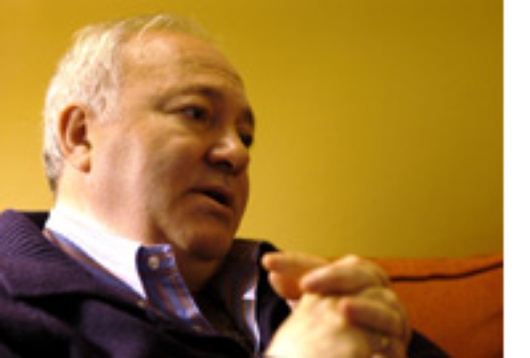 Surrounded by trinkets he has gathered from all the corners of the world, he tells us why a united Europe is the only way forward

The Constitutional Treaty dedicates itself to coordinating foreign affairs: what benefits does this guarantee for the EU as a whole?

The post of European Minister for Foreign Affairs is revolutionary; it will coordinate development policy, foreign relations and defence. While it is true that the decisions that will be taken will generally require the unanimous approval of the Council, the Minister will be able to make proposals that could be approved by majority voting. (...) [This would mean] the beginnings of a European foreign service – that is to say, a European diplomacy.

Does accepting the European Constitution mean a surrender of member states' sovereignty?

Absolutely. The member states have already relinquished control of certain economic and social competences [policy areas], including justice, liberty and security. Now the difficult part is approaching: the giving up of sovereignty in the duel arenas of foreign affairs and defence. The concept of traditional citizenship has been bypassed in the 21st Century.

To what extent will the Constitutional Treaty hamper or facilitate a future constitutionnal process emanating from the European parliament?

The Constitution involves an historic jump which will overcome what the critics have always called “the Europe of the Merchants” [an EU based on common economic rather than political goals]. We will need to give ourselves a certain amount of time to allow the new situation to settle down and for its implementation to develop. Moreover, the Convention [which drew up the Constitutional Treaty] was different to past [inter-governmental conferences] as it involved debate in which many sections of political and social life participated, so criticisms of a democratic deficit are unfounded. The Convention was formed well in advance to allow time to discuss, and today we find ourselves with a model of Europe where power is distributed more equally. Evidently, the text is not sacrosanct; in this sense I agree with [the French scholar] Paul Hazard, according to whom “Europe is an idea in motion that will never be content”

Is the disparity in member states’ foreign policies a result of conflicting interests or a lack of political coordination?

We are witnessing the last remnants of national politics. (...) There is consensus over the necessity to be united, and coordination [between the EU member states] will advance with the creation of a European Minister of Foreign Affairs.

Do you advocate diplomacy supported by commercial and economic agreements, or backed up by military force?

Europe is respected for its economic and commercial weight but it’s a political dwarf, and this has to change. (...) Diplomacy, if it doesn't have a military arm, lacks day to day credibility, and therefore has less influence. [For this reason] Europe is providing itself with sufficient military capacity.

All over Europe, the issue of Turkey’s accession to the EU is overshadowing the debate on the Constitution. What advantages would Turkey’s entry have?

That is the great strategic question. Europe must endorse the efforts Turkey has made [to change]. In doing so it would be able to prove that Islam, democracy and modernity are compatible. Moreover, as underlined in [Spanish Prime Minister] Zapatero's “Alliance of Civilizations”, this would demonstrate that Europe is not an enemy of Islam. It would be easier to do this with a direct frontier with Iraq and the Middle East.

Do you believe in the possible virtue of a two-speed Europe?

I think that the process of ratification is not going to fail. But of course, if it isn't ratified, another method of integration will have to be found. And I am convinced that pro-European countries like Spain are not going to hold up the Constitution.