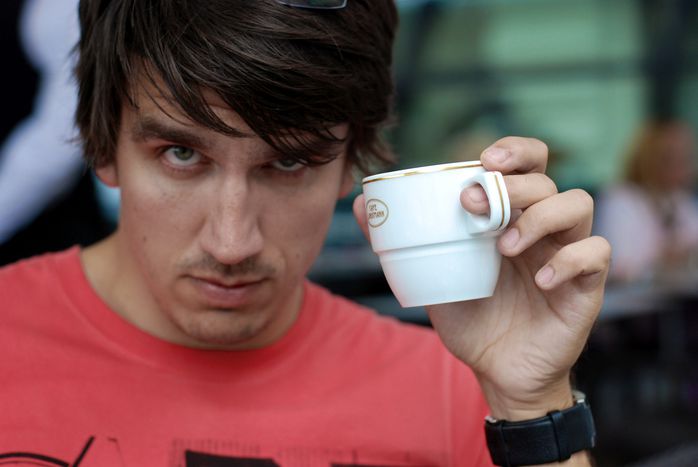 We are Viennese if you please: coffee house culture hailed

On 10 November 2011, Viennese coffee houses were included on Unesco's annual ‘intangible cultural heritage' list, described as places where ‘time and place are consumed but only the coffee is found on the bill’. We celebrate at the Wiener Kaffeehaus, a veritable institution in the Austrian capital

Coffee first arrived in Austria with the Turks when they attempted to occupy the capital in 1683. According to legend, Georg Franz Kolschitsky, a soldier and trader of Polish origin, was rewarded for his courage during the Ottoman attack with sacks of coffee left by the Turks after their defeat. Kolschitsky added sugar and milk, inventing the Viennese coffee and creating the first coffee establishment in Europe, ‘Under the Blue Bottle’ (Zur Blauen Flasche). Kolschitsky was amused to find that customers were reluctant when tasting the new flavour, so he introduced a series of traditions still respected today, such as classical music, newspapers for customers' use and the obligatory glass of water accompanying the coffee.

The Viennese habit of spending hours over a cup of coffee arrived, coinciding with the industrial revolution. The housing crisis pushed labourers, already crammed in tiny apartments, to get together in coffee houses for long hours to talk, play cards or just to keep warm. Today more than 1, 000 coffeehouses thrive in the Austrian capital. They are a haven of warmth in the middle of the harsh Viennese winter, and the oldest establishments call to mind the grandeur of what was the Austro-Hungarian empire. Throughout the winter, frozen tourists gather in the most prestigious establishments, such as the cafe of the Hotel Sacher (inventor of the famous Sachertorte chocolate cake), Cafe Sperl, Cafe Central or even Cafe Prückel, under the weary gaze of the Stammkunden or regular customers, who can be found stationed behind their newspaper with a small coffee clutched in their hand. After a few sips, visitors find themselves imagining Freud, Schnitzler, Kafka or Wagner sitting in the same velvet chairs, sipping their coffee and writing rough drafts of their greatest works. Conversation flows easily, service is quick and the tips are generous. The only problem is that the smell of cigarettes often masks the aroma of coffee. Anti-smoking laws are not yet in effect in Austria.

Today more than 1, 000 coffee houses thrive in the Austrian capital

Whether there was a time when Austrian literature really was written in these coffee houses, what pushes Viennese people to spend so much time there these days is the satisfaction of finding themselves in a timeless bubble. It’s a place to watch the rapid pace of the passers-by through the window, customers' animated conversations around the table, or even the hurried to-ing and fro-ing of the waiters. However, the time eventually arrives for them to loudly declare Zahlen bitte! (‘bill please’) and make for the door, plunging back into the cold and the everyday. As the Viennese writer and journalist Alfred Polgar, a regular at Cafe Central, wrote: ‘Couples sit over coffee for hours, for ten years. A good marriage, you think. No, good coffee.’

A town where the coffee house tradition is this important must have its own jargon. Ordering an espresso in Vienna is a grave mistake...

A short guide to coffee in Vienna