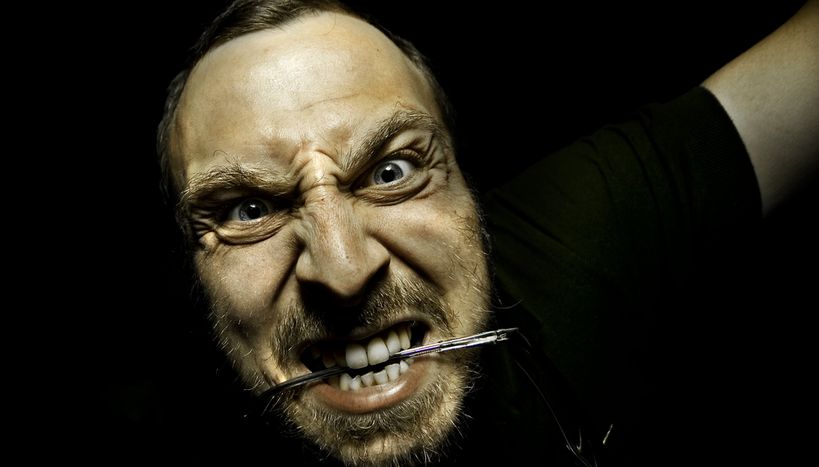 "We apologise for our Prime Minister": Hungarians on their Government's racism

The shocking posters of the Hungarian National Council about immigration and terrorism came out more than a week ago. Hungarian citizens didn't waste any time in responding to this latest racist episode and they are proud of their reaction.

Recently the Hungarian Government affixed many posters along the streets of the country. These posters contain messages against both immigrants and "terrorists", who are considered by the Government as the same thing for some reason. What happened brought together the Hungarian people, who have immediately replied with all their resistance spirit and with an endless creativity. At first let's have a look to an example of the original posters: 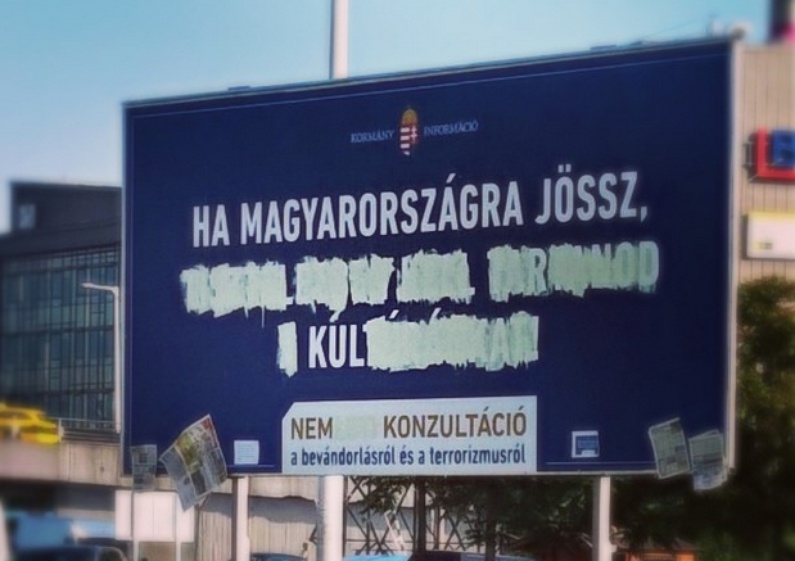 Luckily they are written in Hungarian, so that foreign people could not easily understand the content of them if not by using Google Translate, which very often translates nonsense; for example, the Italian translation says: "If you come to Hungary, the Hungarians cannot take your job." The meaning of the English translation is totally mistaken too. Of course this situation is very unpleasant for immigrants who have lived in Hungary for ages and are able, for this reason, to fully understand the meaning of those posters.

Thankfully, groups of citizens did their best to remove and modify overnight many posters by changing the unpleasant messages into funny jokes. Együtt, one of the main left wing parties, also took part in this action. 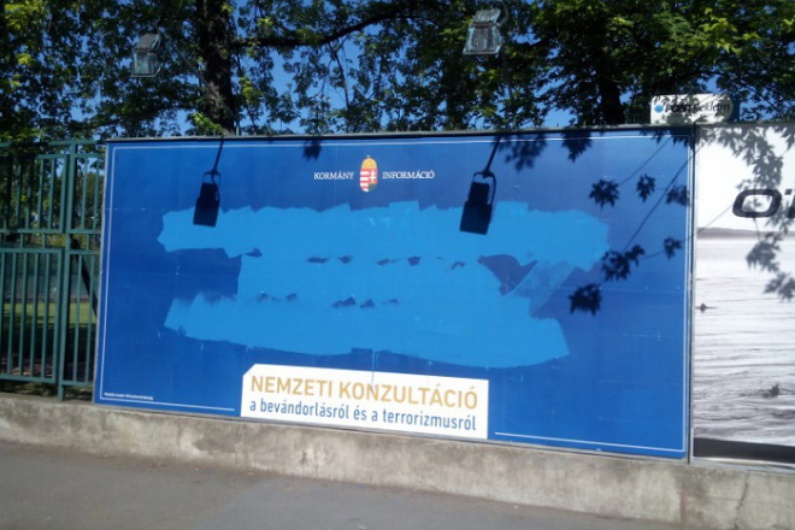 The Government reacted promptly and the police had to guard the posters. This, however, didn't stop the Hungarian people, or the Hungarian Two-tailed Dog Party (Magyar Kétfarkú Kutya Párt), a parody group set up in 2006. This group is famous because initiatives ranging from street art to humorous political campaigns. An example? In 2006, they presented themselves with a political programme which called for free beer and immortality for everybody.

The jokes organised by the party went beyond a pure playful dimension: the party launched a crowfunding  campaign in order to print posters as a reply to those printed by the Government. Hungarian irony won again against the government's xenophobia and racism: in only a few days, the party collected enough money (raising 2 million Florin in two hours, the equivalent of 6,000 euros) in order to realise 150 posters containing messages like these: "Come to Hungary, we're already working in England" or "We apologise for our Prime Minister."

And, according to the Government, this unpleasant campaign cost 300 million Florin (almost 1 million euros): Clearly a stupendous waste of money when compared to the amount raised by the Hungarian Two-tailed Dog Party.

The struggle against the Government campaign hasn't finished yet: the posters containing positive messages - together with the old modified ones - keep on coming out. Unfortunately the online map - which tracked both the original and the modified posters' location - is being updated too slowly. Besides the protests against the Internet Tax –which mobilised the Hungarians more than any other act or law imposed by the Orbán Government – we have finally managed to prove that Hungarian people are willing to go into action for more important issues too!