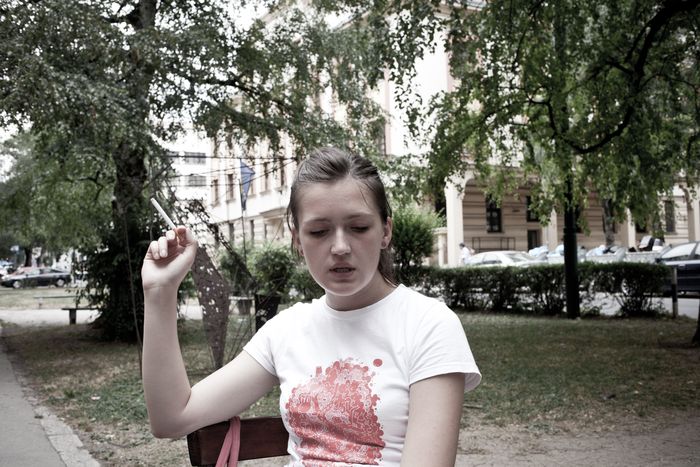 Watching 'How I Met Your Mother' in German, in Bosnia

Wherever you go in the Bosnian capital you can meet someone speaking in German, be it originally through couch-surfing, via facebook or hanging out by chance in a hip coffee shop or bar. Young former refugees who lived in the European union after the war represent a significant demographic of young Bosnians today, says German journalist Rabea Ottenhues

Dinka, 23, is meeting her classmate at the mall. She studies German at the university in Sarajevo. During the war, she lived in a small Bavarian city; today her German still has a hint of an accent. For her and many others here, speaking German is part of everyday-life. ‘My best friend also lived in Germany so we say words or even whole sentences in German when we talk,’ she says. On the brink of war in 1991, swarms of Bosnians like Dinka fled their homes. Of the 700, 000 who left Bosnia-Herzegovina, 80% found refuge in the European Union, 330, 000 in Germany alone. In 1996 and 1997, a large number of refugees returned home; for most, the repatriation was involuntary. Today, a whole generation of Bosnians live in a country that they did not grow up in.

Fortunately, leaving Germany didn’t mean giving up German television. Amongst others, ProSieben, Kabel1 and RTL are broadcast throughout Bosnia. ‘If I didn’t always watch German television, I’d forget my German,’ says Dinka. Nikolina, who studies political science in Austria, recalls how strange it was the first time she watched the American television series How I Met Your Mother in English, because she had always watched the series in German. 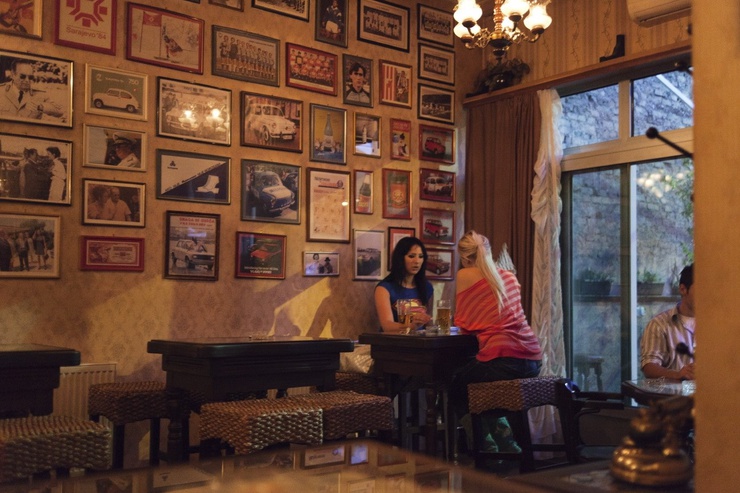 It’s not just television that makes the German language meaningful. Asima, a 23-year-old architecture student in Sarajevo, had to abandon her Bosnian home with her family to escape the dangers and brutality of war. After overcoming her traumatic experience, the first word she spoke were in German. ‘I feel closer to the German language than Bosnian; my childhood memories are German.’ Unlike this generation of 20- to 30-year-olds who went to school in Germany and were integrated into German society, their parents put the German language behind them. Nikolina adds that those with German-language skills like her sister, who now works at a call centre where she needs to use her German, earn higher salaries. Most workers at these call centres speak German so perfectly that Germans often don’t even know they are Bosnians.

When these young educated Bosnians talk about their country, they project a negative outlook for the future. Passiveness, corruption and superficiality define Bosnian society now more than ever. Transparency international's 2011 corruption perception index ranks Bosnia at 91 out of 183 nations listed. Bosnia is the fourth to last European nation, directly above Albania. According to its citizens, the situation is not getting any better. ‘I feel closer to the German way of living’, says Dinka. ‘Although the system is irritating, we, Bosnians, don’t do anything about it. I wish we were more like the Germans.’ Halil lived in Freiburg for six years and is now a 21 year-old student at Sarajevo university. He complains that Bosnians ‘are like sheep’ and wishes he could send everyone abroad for some time ‘to show them how others think and live.’ It also frustrates him when people complain but don’t try to help bring about change. Hoping to set an example, Halil and his friends currently run an organisation to help disabled children. 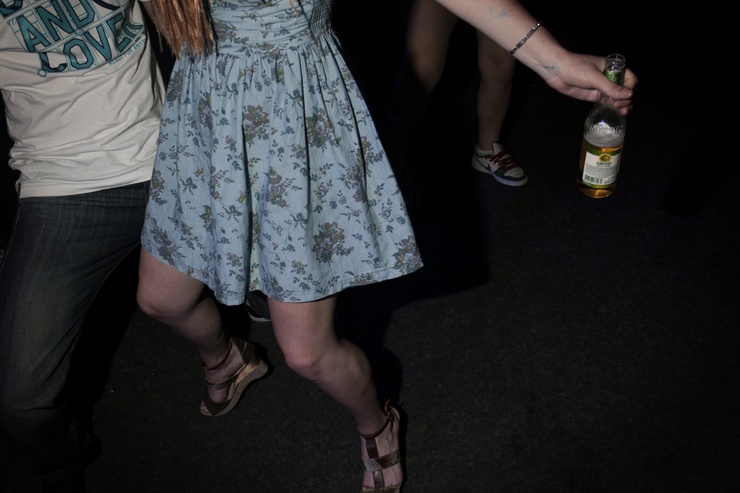 One lasting impact of the conflict is the division between a young generation of Bosnians who grew up abroad and those who have never lived beyond Bosnia’s borders. Most of them have spent years abroad and live in a more globalised environment than older generations. They view their time away from Bosnia as both a blessing and a curse. ‘Living in Germany opened up many new perspectives,’ says Nikolina. ‘I can’t talk to people who insist that Sarajevo is the navel of the world.’ In addition to Stuttgart, the 25 year-old has also lived in Paderborn, Berlin and Graz in Austria. She missed Bosnia, and so is now ’studying abroad’ - at home in Sarajevo.

‘Before I came to Austria, I never understood the word stress'

Despite the high levels of frustration, an emigration wave is very unlikely. A lot of Bosnians find their country too beautiful and their family relationships too close to just turn their backs and leave. Many dream of studying abroad like Halil and Asima, while many others already have studied abroad, like Nikolina and Dinka. But it is clear that they’ll all return home. Abandoning ageing parents is not up for debate. Moreover, Bosnia has many good sides that most have come to realise after spending time abroad. ‘People in other countries aren’t very relaxed,’ says Asima. Meeting for a cup of coffee and having long conversations at any time, night or day, are activities that Bosnians miss while they live abroad. In Austria, Nikolina longs for the spontaneity that exists in Bosnia. ‘Before I came to Austria, I never understood the word stress. Changing your mindset requires more than five years.’ She says she is Bosnian, and always will be.