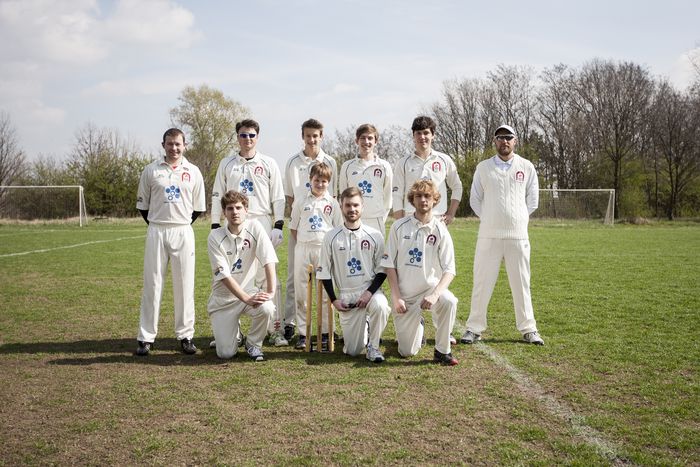 Warsaw. A narrow lane runs between the trees of the Bielański forest, leading straight to the grassy pitch of the Hutnik sports ground. This is the training spot for the Warsaw Hussars Cricket Club (WHCC) – the first, and so far only, cricket club in Poland to almost entire consist of Polish players.

Weekends in these woods are a cacophony of sound: the wind whistling through the trees, the roar of trucks rushing over the nearby Northern Bridge, giggling children out for walks with their parents, the shouting of Hutnik fans cheering their favourite football team, gunshots from the nearby shooting range and... the smack of a cricket ball hitting a willow bat.

What do local passers-by think of the assembled cricketers? Do they see a rag-tag band of madmen? Jakub Błażejczyk, the chairman and co-founder of the WHCC team, replies: "People's reactions are pretty positive. Though it does sometimes happen that people laugh and shout, 'Look, baseball!' But that's totally understandable. Polish people just aren't aware that cricket is a thing." 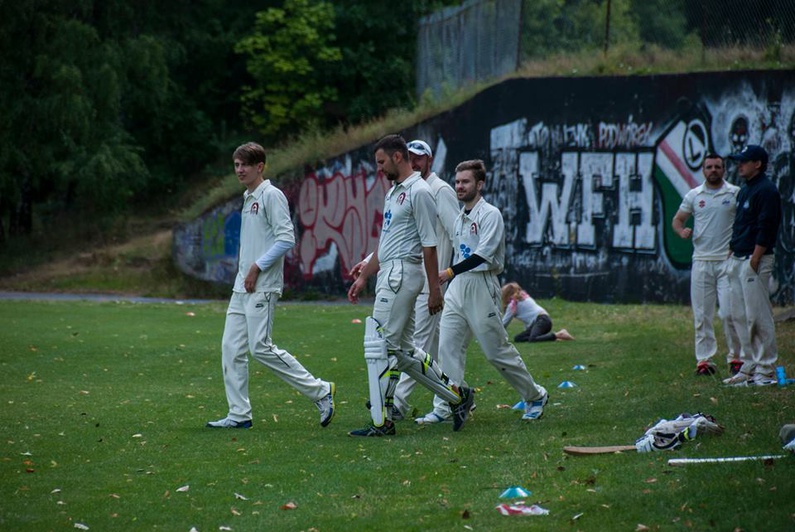 I nod in agreement, thinking back to the questions my own friends asked me: "Cricket? The sport with the horses, yeah? Or the one with the hoops and mallets?"

"I don’t mind people asking about horses," laughs Jakub. "Although, it seems an odd paradox. Cricket is the most conservative sport in existence; the rules haven't changed for 250 years. Poles should like it."

Domain of dandies and aristocrats

So if cricket isn't played on horseback (that's polo) and wasn’t a pastime of Alice in Wonderland (croquet), just what is it all about? Flat sticks reminiscent of oars, matches that can last up to five days, an oval field with 120-140 meters in diameter, and phenomenally complicated rules – including a scoring system that requires the use of two umpires and two scorers over the course of a match. Easy? Of course not. That's before mentioning the problem of obtaining the gear in Poland... and how on earth do you promote a sport that doesn’t even have terminology in the local language?

Jakub smiles with unwavering optimism: "We're currently working on translating the rules into Polish – it's one of the conditions for founding a national cricket association in the country. Equipment and gear can be bought online."

I start to tot up: membership fees, pitch hire, equipment, travel to tournaments (most recently in Vienna). Somewhere, in the back of my mind, the stereotypical image of a cricket player emerges. He's an Oxford University graduate clad head to toe in spotless whites, lazily resting his bat across his shoulders. The kind of guy who only drinks single malt whiskey and is, of course, filthy rich. Is cricket a sport reserved for dandies and aristocrats?

"Amateur cricket isn't expensive," explains Jakub. "You can get all of your gear for about 200 zloty – about as much as a bottom of the range tennis racket. 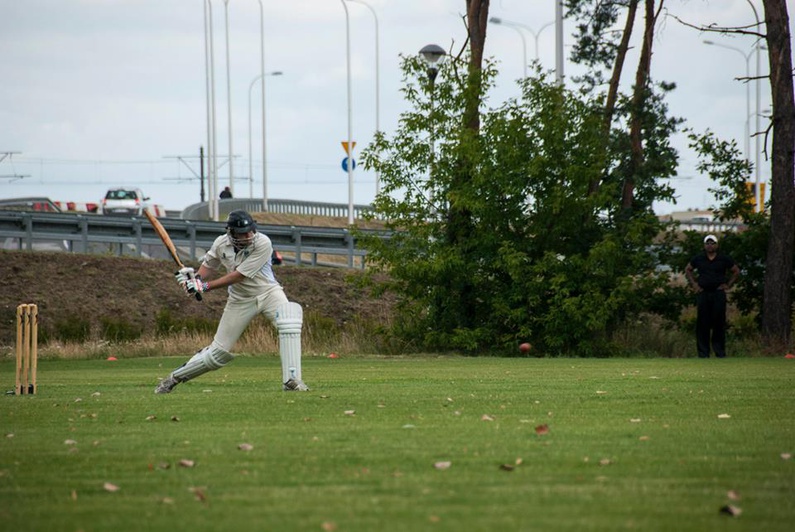 "Besides, nowadays your typical cricketer comes from India. Cricket has reached the point of being more popular there than it is in the UK. It's the Indian national sport – there's also its postcolonial dimension. Over 90% of the population pays attention to cricket on a regular basis – they watch matches and play in the streets. Google 'street cricket' and you'll see people playing all over the place with whatever they can find – using flip-flops or wooden boards as bats."

A quick Google search throws up a short film of an American tourist joining a game in the ruins of a demolished building somewhere in Delhi. Another shows a player bowling towards a wicket made from a three-legged stool. I watch kids (of both genders) playing in courtyards and narrow streets, as well as middle-aged men having a game on a summer's afternoon in the middle of a busy highway.

It seems cricket isn't only for posh boys.

The ICC (International Cricket Council) is responsible for promoting and organising cricketing events all over the world, and currently brings together 106 countries. However, only 10 of these hold full membership – including England, Australia, South Africa, India, New Zealand and Pakistan. A quick glance at this list is enough to work out who rules the cricketing world. Most teams, even those at the national level, include members of the Indian or British diasporas, who carry the sport with them to the countries they emigrate to. It's usually such migrants who form the first teams in these host nations. The ICC is limited to supporting existing structures – however Warsaw Hussars have a different idea in mind.

"Our priority is to promote cricket as a sport among Poles," explains Jakub. The first cricket team in Poland was the Warsaw Cricket Club, founded back in the 90s by members of the Indian diaspora. That’s where the founders of Warsaw Hussars took their first forays into the sport. At the moment, 13 out of 15 Hussar members are Polish, which is quite a sensation: "Across Europe, the uptake of cricket by native players is still in its infancy. We're leading the way for other teams, but the long-term development of the discipline in a country only makes sense when it's also promoted by the natives." It's hard to disagree, under different conditions sports lose their chance to become a permanent part of the culture. They appear and disappear along with the waves of migration from different communities. 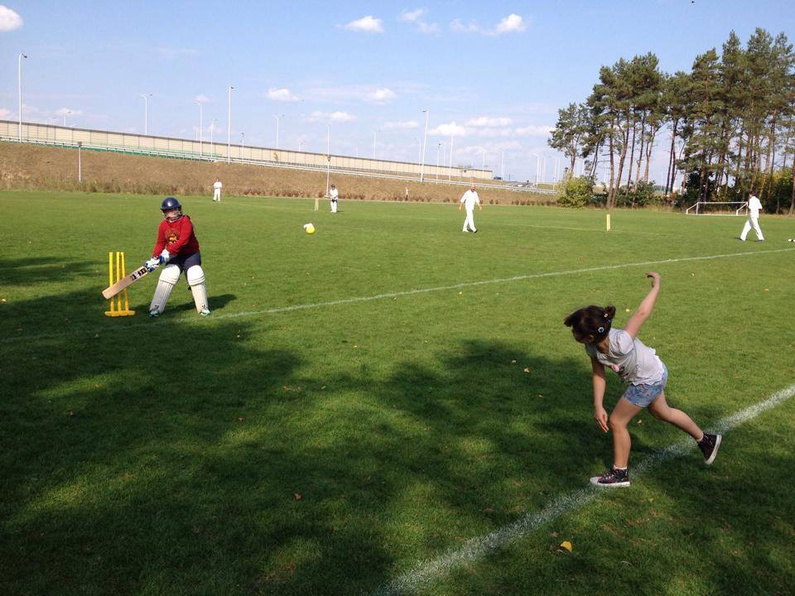 Jakub tells the story of two equivalent approaches to cricket: Indian and British. The former focuses on rivalry, the latter emphasises the social dimension – in the UK cricket is family entertainment. Which variety is most likely to take hold in Poland?

"Neither. Poles will not take the sport seriously if you come out on the field wearing jeans, but neither would they accept the British vision of perfectly trimmed countryside cricket grounds where you spend a whole day, or even five, just spectating. We need to develop our own Polish hybrid."

After a while, Jakub adds: "We want to convince Poles that getting to know cricket is worthwhile. Just watch 15 minutes of a match with someone who knows the rules – it really isn't difficult, it’s just different."

What’s all the fuss about?

It's understandable that immigrants from countries where cricket is a national sport would want to play it in Poland. But why would a person suddenly decide to take up a discipline completely unknown in his or her own country?

I attended my first training session almost a year ago, and also helped score a few games. I know the team members personally and I still can't find their common denominator. The WHCC’s youngest member is 13 years old, the oldest 42. Amongst those playing are: an Indologist, a high school student, a radio reporter, a businessman, students of administration and of fine arts, and a security guard. Some have right wing views, others left wing. Some of them wear white collars every day, others tracksuits. "Actually, we don’t even all speak English," admits Jakub.

I try a different theory; how did they all find out about cricket? Maybe I’ve missed a key factor that's turning all these Poles into eager cricketers. As it turns out, there are as many pathways into cricket as there are people. "I once watched a broadcast of exotic sports that had a cricket match", "I went to India and wondered what they played there". The club’s chairman first heard of cricket during his English classes; his Australian teacher was checking the score during lessons.

Still nothing. I’m left with one last naive question: Why do you like cricket? "It’s completely different than any other European sport", "It's cool to have a different sport than everyone else plays", "I thought of it as potentially interesting and unusual".

Are they all just hipsters? Maybe, but as I start to score a game, I stumble on a different possibility. After three hours of roasting in unbearable sunshine watching a bunch of guys chase after a small red ball, I start to understand that, in cricket, there are no compromises. Like chess, Go and quantum mechanics, this sport guarantees a slow death from boredom for any outside observers, and excitement that truly reaches its zenith for anyone who bothers to understand the rules.

The WHCC organises the CEE Native 6c Cricket Cup every year – Europe's only tournament for teams composed of players born in the countries of the Old Continent. Hussars are happy to talk about cricket, you can contact them at: warsawhussarscc@gmail.com