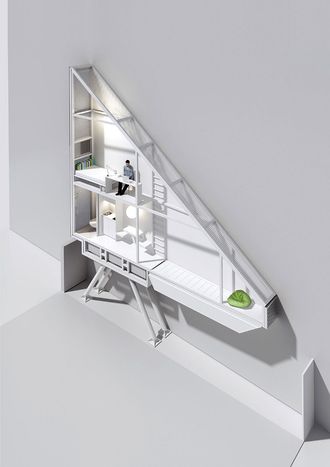 Warsaw's 'Keret House' is an artistic installation providing a creative space for artists and intellectuals from all over the world. Creator Jakub Szczęsny talks about the process of the project’s creation, its reception so far and plans for his next artistic projects

According to the official website, Keret House has been formed as an 'insert' into a narrow space between a pre-war period house and a post-war block of flats in Warsaw, at the intersection of Chłodna street and Żelazna street in Warsaw, where the former Jewish ghetto was.  In its widest space, the construction measures 152 cm; in its narrowest point, it measures only 92cm. The house is named after its first tenant, Etgar Keret, an Israeli short story writer of Polish descent. After he moved out, the project's creators opened up a residency designed for more artists and intellectuals to live in Keret House. These residents have the opportunity to acquaint themselves with the history and culture of the Polish capital, by creating pieces of art dedicated to the capital of Poland, as the foundation running the project is partly state-owned. Interview withJakub Szczęsny, the creator of this ‘skinny baby’.

cafebabel:  Jakub, why did you invite Etgar to be the first resident of the so-called 'narrowest house in the world'?

Jakub Szczęsny: Before the war, Etgar’s maternal family lived several streets away from Chłodna street, which was the former Warsaw ghetto where only his mother survived. The logic was for someone to inhabit the space who could physically and symbolically revitalise that empty void between the buildings from two different periods in the history of the city. Etgar's Polish origins helped. Also, he is famed for his short synthetic stories with a good dose of absurdity. They carry a sense of fatalism and sadness which is very familiar to me.

cafebabel:  As its name suggests, the Brazilian 1-Meter Marvel is one metre wide, whilst in Antwerp there is a house measuring 2.4 metres in width. Does this house try to compete with those architectural endeavours?

Jakub Szczęsny: No, actually Keret House was nicknamed on its current merits by an American blogger. It wasn’t actually our intention to compete along those terms. Since I was a child I’ve been interested in a specific type of Japanese housing which is constructed on narrow stretches of land called ‘machiya’. I like little niches which are detached from the outside world in which you can forget about the mess of real life and the stupidity of modern times. I was also always interested in the tradition of aristocracy and naturalistic hermitages for a temple of contemplation.

cafebabel:  Is the house ever empty? Which other artists have lived here so far? Did they give you some impressions on their lifestyle in the house?

Jakub Szczęsny: After Etgar, there were two journalists from American television and then a young Italian writer called Valerio Millefoglie. We are continuing the cycle of new residents staying for 21 days each. We’ll kick off again in early August. The house has never stayed empty because we have always held visits – almost 4, 000 people have seen what it’s like inside. Everyone had a good time here, and no-one was overcome by a single bout of claustrophobia. We have noticed that people seem to share more when they are in a narrow space, and are prone to a bit more introspection.

cafebabel:  Why did you set an age limit for the artists in residence (they have to be 35 or under)?

Jakub Szczęsny: You should ask the organisers, the Polish modern art foundation. Maybe it’s related to the fact that you have to be in good shape to be able to use the toilet in the night, to get out of bed using a ladder, and so on. Maybe it’s because the limited space could cause some discomfort. Maybe it’s because people who are used to a more ‘normal’ lifestyle wouldn't like it, since every aspect of this house is strange and different.

cafebabel:  The house is a temporary installation. When will it be leaving Warsaw’s entertainment map?

Jakub Szczęsny:  In about a year and a half (late 2014), so after two years since it was created. Who knows... hopefully the city hall will decide otherwise and will allow it to stay where it is for a bit longer, akthough I don't know if it makes sense, since we already have our first foreign art connoisseurs who want to buy it. They actually said they wanted to make a sculpture of it and put it on a view on Lake Geneva.

cafebabel:  Lastly, what are your next projects? Will you continue to fill in the empty spaces of the architectural constructs of Warsaw?

Jakub Szczęsny: We’re planning House Labyrinth in the town of Podkowa Leśna (in central Poland, not far from the capital - ed). We’ll move a family of five in at the end of August 2013. The next project after that will be called Source of Love, which is a continuation of a project of artificial islands on the river Vistula; it will be open in mid-September. In mid-October we’re planning the installation of a huge Aureola lamp in Wroclaw (Poland's fourth biggest city - ed) which will shed light on a dark square next to Szewska street. There will be an initative under the working name of 'Viewfinder' in New York, but I cannot share the details with you yet. I can say though that it promises to be an exciting autumn! 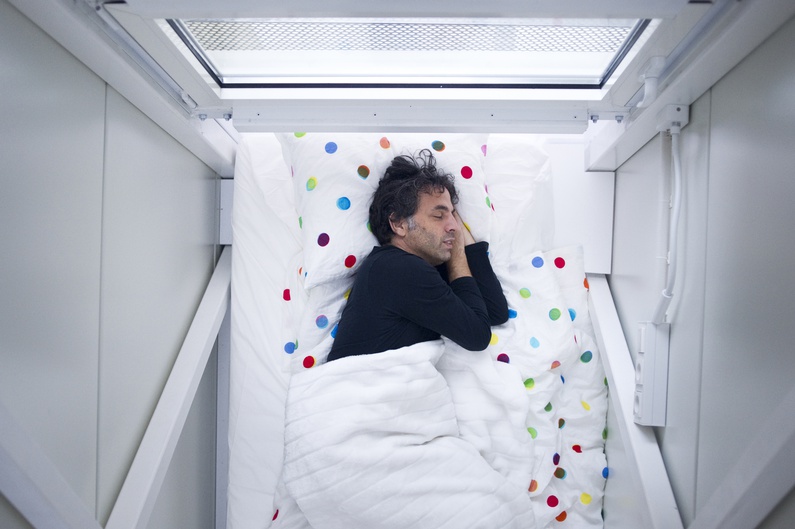 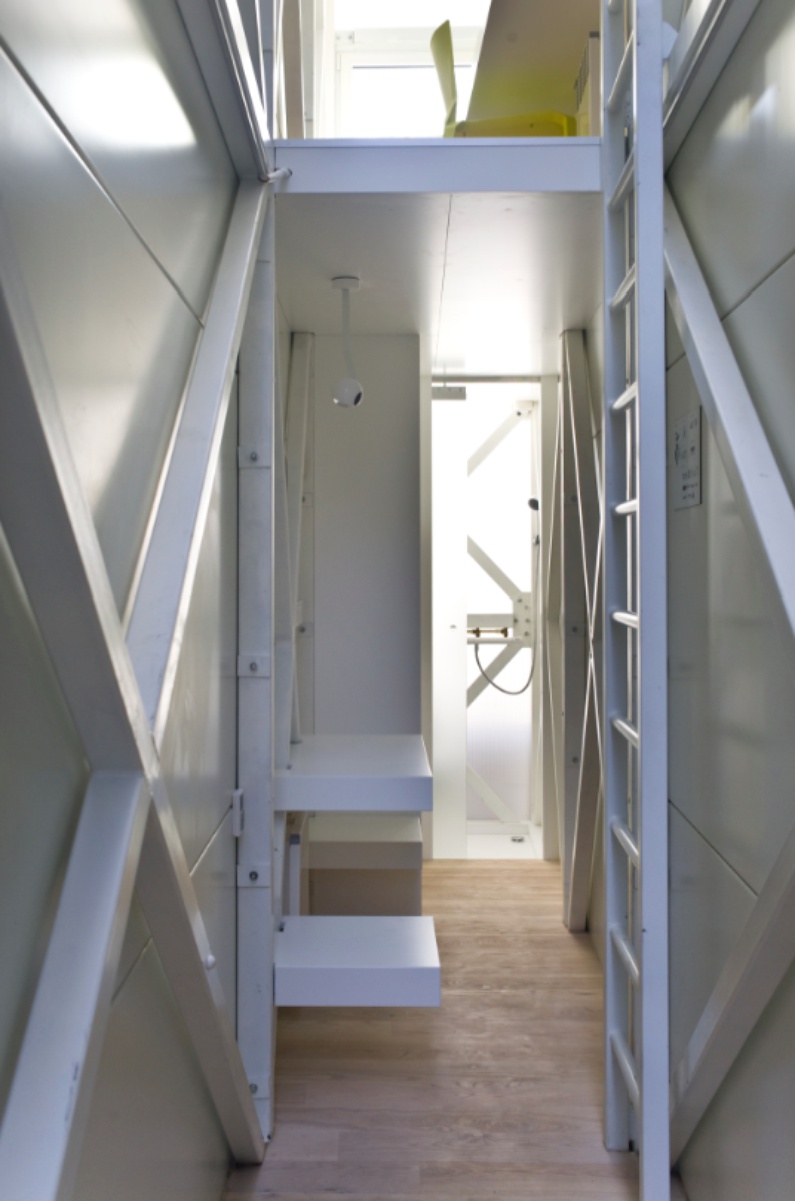 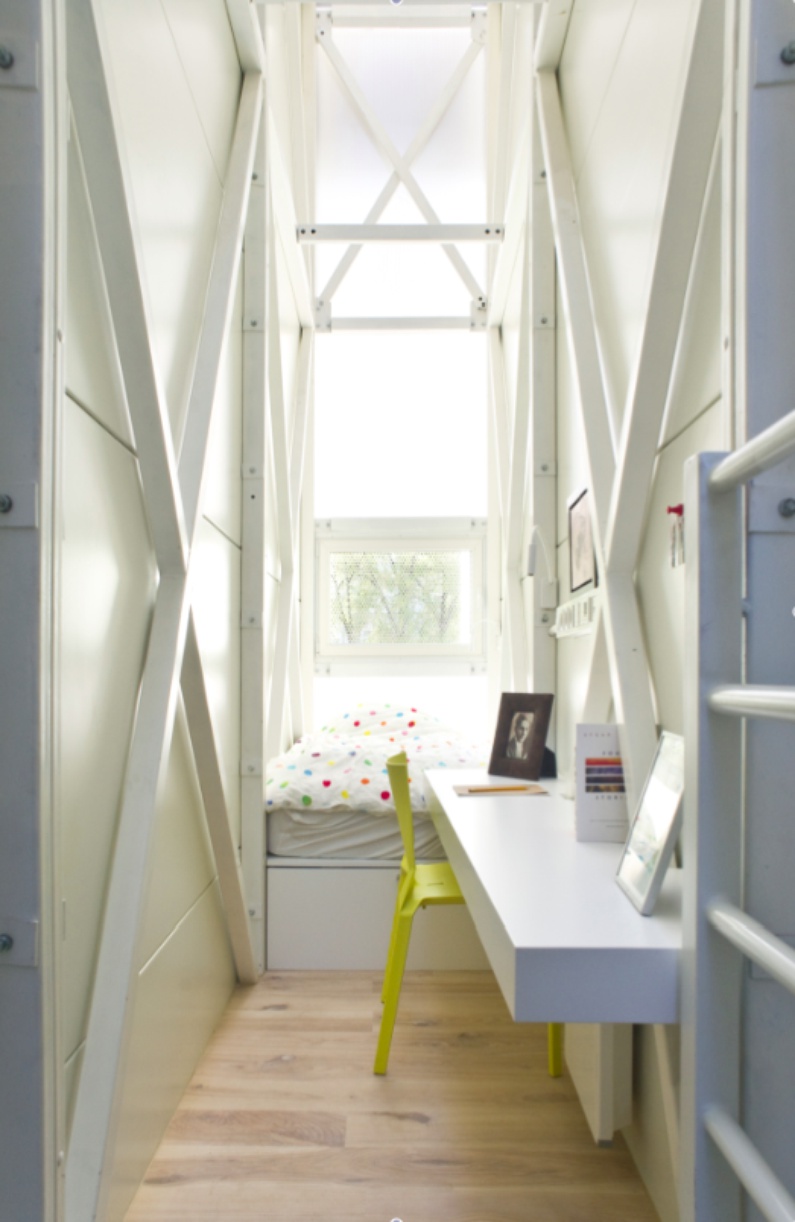 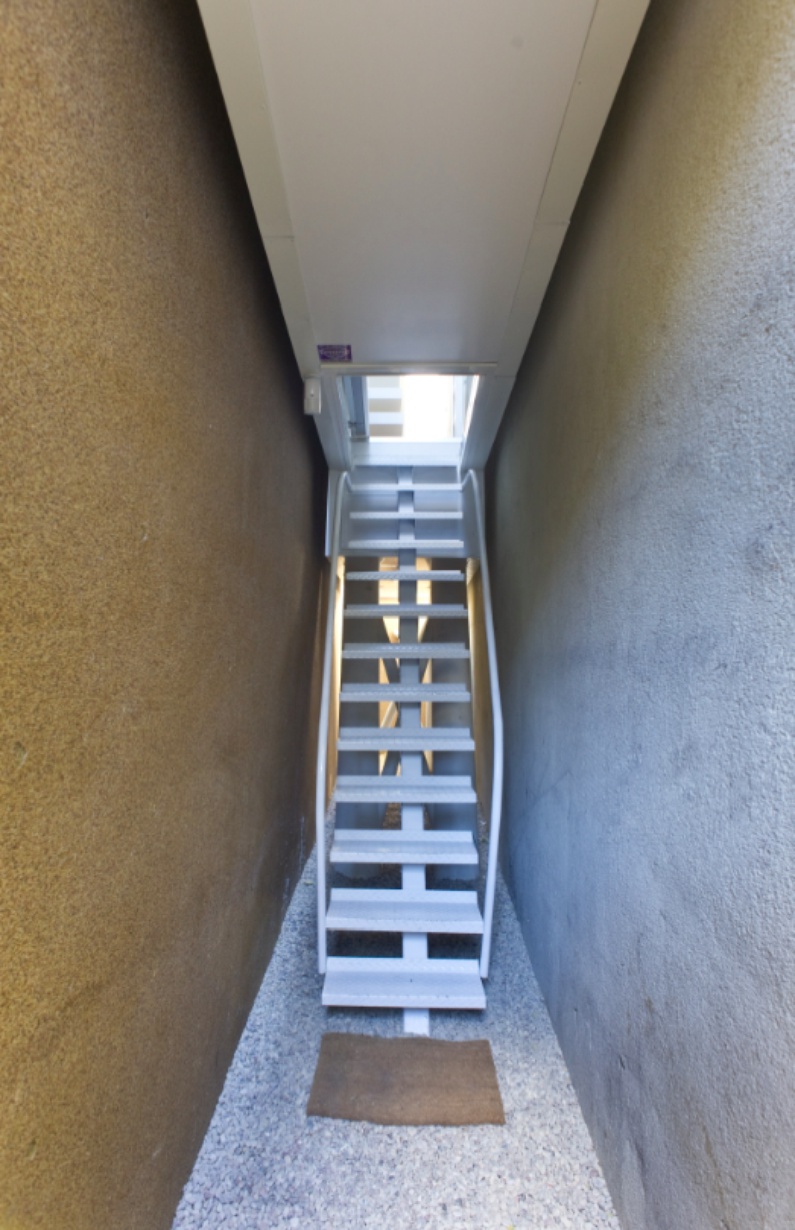