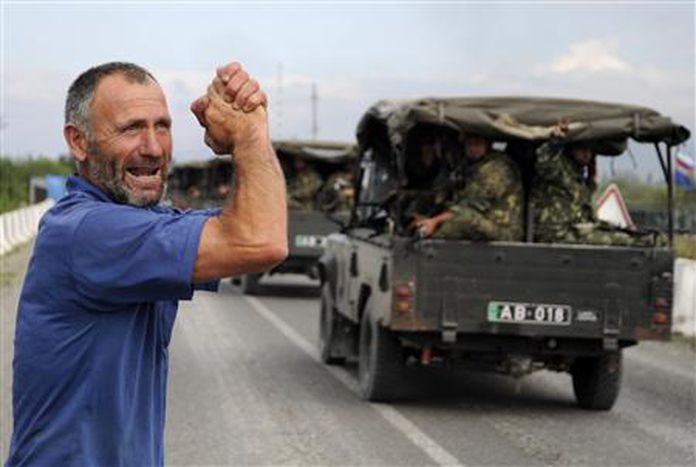 War: Russia shows who is boss after bombs on Georgia

On 12 August, the Russian president announced an 'end to military operations' against Georgia, which the latter claimed continued. The Kremlin's intervention shows who wears the geopolitical trousers in the Caucasus region, which comprises breakaway regions Abkhazia and South Ossetia

The Caucasus war is more than a conflict between Georgians and Ossetians; a two-fisted geopolitical strategy lurks behind it. Tblisi will do anything to join Nato (the North Atlantic Treaty Organisation), but it has to regain control of its inner political strife. The Kremlin is trying to stop further western military alliances – their military intervention in Georgia, announced on 12 August, shows who is boss in the Caucasus. 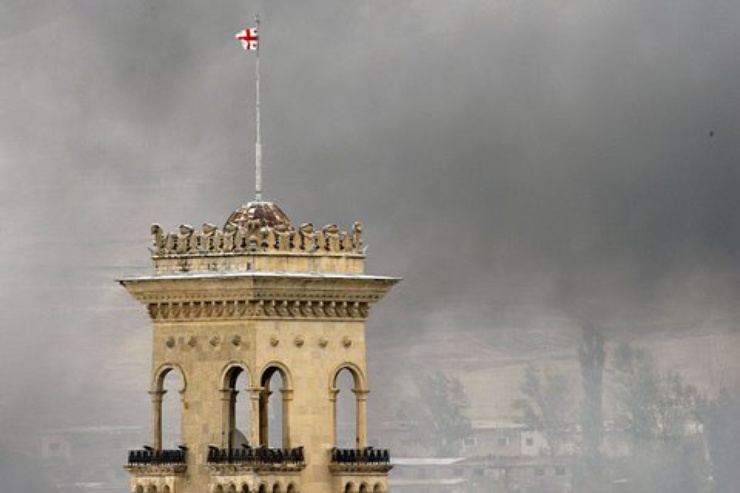 Georgia’s president Mikheil Saakashvili has pushed his luck: the violent military attack was aimed to bring the separatist province of South Ossetia back under Georgian control. It would have solved one of two inner conflicts eating the country apart at the moment, standing in the way of the longed-for NATO membership. The second conflict, concerning the other breakaway region of Abkhazia, may resurface now; it has demanded independence since the beginning of the nineties. 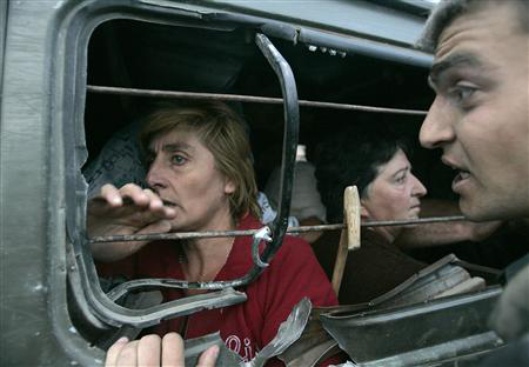 Mikheil Saakashvili obviously believed that the Russians would stay out of it. After all, South Ossetia is part of Georgia’s territory, where Russian troops have no business. Anyway, America would surely back them, after they trained 2, 000 Georgian soldiers for the Iraq war. They would hold Russia at bay, and hurry to their Georgian comrade in arms.

But Mikheil Saakashvili miscalculated on both counts. A few hours into the first rounds of fire, the Kremlin sent their tanks across the Georgian border, to aid the Russian-oriented region of South Ossetia. And supposed ally Washington left Tbilisi in the lurch: a conflict with nuclear power Russia goes a little out of the American way.

The war in the Caucasus began as a confined issue between two nationalities – like all frictions, the explosive issues in the Caucusus have been brewing for decades. It goes back to a fatal decision made during Stalin’s soviet tyranny. In 1931 he wanted to arbitrarily cut the autonomic Ossetian republic into two, doling out the northern part to Moscow and the southern part to Tbilisi. Since the beginning of the nineties, the southern part has striven for autonomy from Georgia, to be reunited with the north in the long-term. 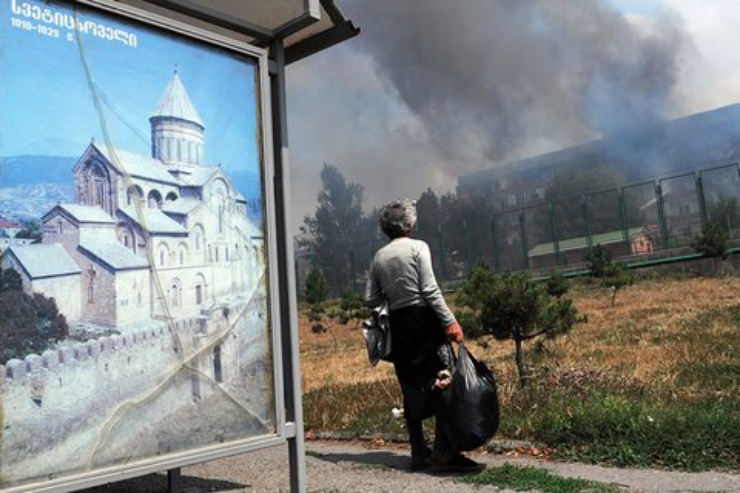 The civil war, which raged through South Ossetia until 1992, cost an estimated 10, 000 lives. 30, 000 fled to the surrounding mountainous regions, a third of whom went to the centre of Georgia. Georgia did not want to completely give up the South Ossetian region like they did Abkhazia. Both regions are important parts of the national identity in the historical conscience.

Moreover Mikheil Saakashvili wants to enable refugees from the Georgian nation to come back home – a promise which helped him win the last election. Since the ceasefire with South Ossetia in 1992 and in Abkhazia in 1994, the conflict continued to stew in the north of Georgia, but hadn’t come close to explosion point until the Russian-Georgian conflict kicked off on 7 August 2008. Mikheil Saakashvili has to solve a war he didn’t want in his country; otherwise he can forget about NATO membership. But the latter is an important element in Georgian foreign policy – the president believes that his country can only rid itself of Russia’s regional influence through a tight western alliance.

For the people, the latest war in the Caucasus is a conflict of nationalities. The rest of the world see it as two-fisted geopolitics. The Kremlin’s violation of international law with its attack on Georgia is a display of its newly won strength. By glossing its actions by claiming to have sent ‘peacekeepers’ into the southern Caucasus, Moscow above all wanted to prevent Georgia’s membership in NATO.

The US in particular are pushing for Georgia’s entry in the international defence alliance. In a Pentagon strategy paper that surfaced eight days before the war began in Georgia, Russia is highlighted as a potential geopolitical opponent alongside China. NATO’s eastern extension into Ukraine and Georgia would be an important block in curbing Russia’s power in a post-soviet space. The conflict of nationalities escalates. Cogging geopolitical interests suddenly brought Russia in on the plan, and could bring in the USA too. That worsens what is an already potentially explosive situation.

The author of this article, Florian Willershausen, is a member of the German writer’s network n-ost