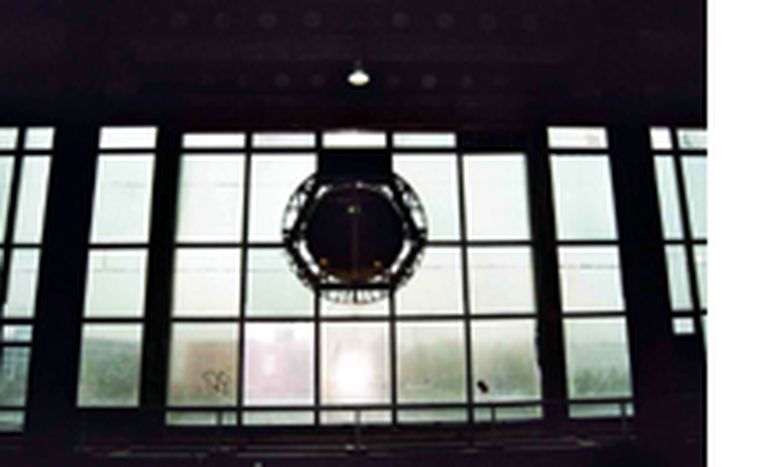 War on huts, peace to the palaces!

Before long, demolition work will begin on the ‘Palace of the Republic’ in Berlin, a relic from GDR days. In other ex-socialist states there are similar buildings, and every one has its own story.

(n-ost) Soon the Palace of the Republic (Palast der Republik) - built between 1973 and 1976 under the Honecker Regime - will finally become what it has always been called in Saxony slang: Ballast of the Republic. Three building firms, invited by the Senate, want to tear down ‘Erich’s lamp shop’. Demolition should continue until mid-2007, after which dust will be allowed to settle on the area until enough money has been raised to rebuild the Berlin City Palace (Stadtschloss).

‘Peace to the huts! War on the palaces!’, raged Georg Büchner in the ‘Hessian Courier’ in 1834. His outbreak of fury gave rise to the communist regime’s most popular motto. By all accounts, the high point of the Bolshevik revolution was the storming of the Winter Palace in the Russian capital, then known as Petrograd. Admittedly, this storming only took place in a film sequence by Sergei Eisenstein. Nevertheless, it provoked a revolution at the level of language, at least. In Russian the stormed building was called ‘Zimnyj Dworez’ – literally, Winter Palace. The people had taken control of the nobles’ chambers. And suddenly palaces – the word and the buildings – were rehabilitated.

The Soviets were the first to reclaim palaces for the people, to convert them and build new ‘red’ palaces. The Grand Kremlin Palace in Moscow was the residence of the Tsars which was remodelled in 1930 as the conference hall of the Supreme Soviet of the USSR. Today, state receptions take place there. 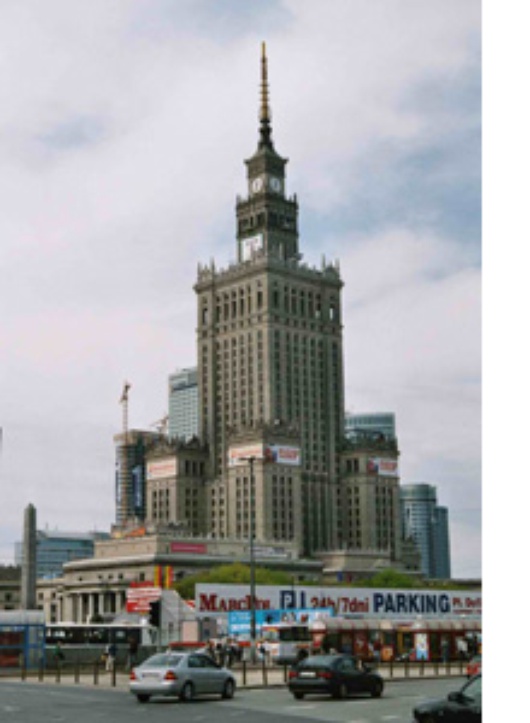 The Soviet Union exported palace-mania into its satellite states early on. Thus Warsaw acquired its ‘Palace of Culture and Science' (PKiN, Photo: A.Metz), which was built from 1952 to 1955 by Soviet workers, purportedly as a ‘present’ from Stalin to the Polish capital. Chief architect was the Russian Lew Rudnew, who boldly claimed to have created a ‘characteristically Polish building’. In fact, the Palace was personally conceived by Stalin, and was a model example of his ‘wedding-cake architecture’: 234 metres tall, with 3,288 rooms and a surface area of 124,000 square metres. It was a constant thorn in the side for Varsovians: ‘What’s the best spot in Warsaw? The roof terrace of the Palace of Culture – because you can’t see it from there!’, as the Polish joke goes.

Nevertheless, after the events of 1989, the Palace has stayed standing. It has been filled with cinemas, a theatre, shops, discos and a swimming pool- the finishing touch being the biggest clock tower in the world. You can tell the time from 6 kilometres. Warsaw has since come up with a solution regarding the Palace’s reputation as an architectural monstrosity – just surround it with high-rise buildings.

The Bulgarians are clever people who have thought up funny names for many buildings in their beautiful capital city. Particularly popular was ‘Tschalma-Saraj’, which translates as ‘Turban Harem’ and refers to the National Palace of Culture (NDK, Photo: F.Stier). The Palace allegedly owes its nickname to the eccentric hats of Ludmilla, the daughter of the party and state leader Shivkov.

Unlike Warsaw, the architects of Sofia refused to be spoon-fed by Soviet directives in matters of palace-building. So the NDK was born, the biggest and most beautiful multi-purpose edifice in Southern Europe, standing majestically opposite the boulevard that leads to Sofia’s Vitosha Mountains, and at the end of a fountain-filled park. For its inauguration in 1981, it hosted the ‘International Congress for Bulgarian Studies’. The NDK has won an award from the International Association of Congress Palaces (AIPC) and is set to expand in the next few years with the addition of a whole new ‘Culture Park’, which will include operas and philharmonic orchestras. In Berlin, the crumbling Palace of the Republic is nearing its end.

The second largest building in the world 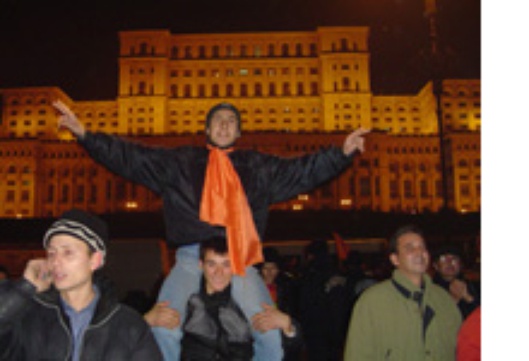 Even if you wanted to, you could not get rid of Bucharest’s Palace of Parliament (Palatul Parlamentului) with dynamite and pneumatic drills. Apart from being renamed the People’s Palace (Palatul Poporului, Photo: V.Pop), it has been left untouched since 1989. The complex is a testament to the megalomania of the ‘Red Dracula’, Nicolae Ceausescu, who demolished Spirii Hill, the prettiest part of the old town, to make way for it.

According to the Guinness Book of Records, the Palace in Bucharest is the second largest building in the world after the Pentagon in Washington. It takes up 330,000 square metres, has 12 storeys, thousands of rooms, and was completed in 1989 by around 20,000 workers, at least the outside was. Still now, the interior is unfinished, due to the incredible degree of opulence that Ceausescu demanded. The walls were to be covered with the most expensive wood, 3,500 tonnes of crystal were needed for the lights, and tapestries measuring 16 by 50 metres were planned, the making of which required custom-built machinery.

In 1989 Ceausescu was overthrown, sentenced and executed, all in the space of 4 days. The Romanians wanted to give his palace a similarly radical treatment. Demolition was planned, but was pyrotechnically impossible. Since 1997, it has been the home to both chambers of the Romanian Parliament. The people of Bucharest are ashamed of the Palace. Ask where the ‘Palatul’ is, and nine times out of ten your question will be answered with a shrug of the shoulders.