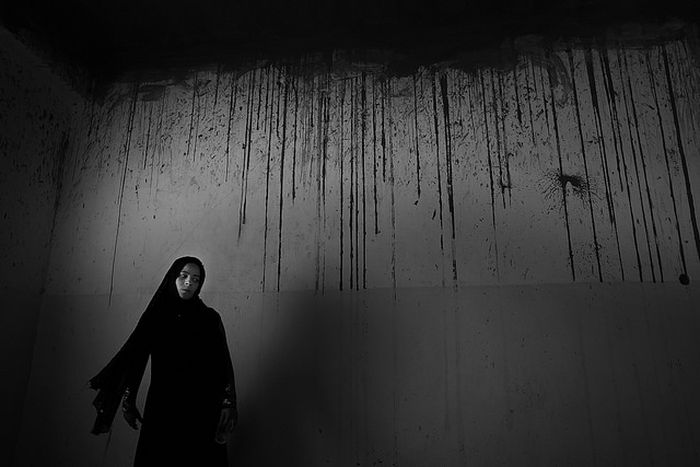 War: Made in the EU?

Which conflicts are migrants fleeing? An analysis of wars, arms and the responsibility of the European Union. cafébabel Brussels continues its investigation as part of its Migration Dossier.

In its report published in September on the trends of the first six months of 2014, the United Nations High Commissioner for Refugees (UNHCR) declared that worldwide, of the 330,700 requests made for asylum, most of them came from Syria - more than double the figures of 2013 (48,400 versus 18,900 for the same period in 2013). 21,300 asylum requests came from Iraq, followed by Afghanistan (19,300) and Eritrea (18,900). All are countries torn apart by the global arms trade, used in either international or internal wars, by regimes imposing an unchangeable status quo.

The data clearly contradicts the words of former UNHCR spokesperson Laura Boldrini (and present president of the Italian Chamber of Deputies), who during the 3 October commemoration in Lampedusa declared that this was in effect 'a war between migrants and the sea,' as if the sea could be held responsible in the same way as a person or a State. The numbers reveal otherwise. They show that the principal causes compelling people to leave their own countries are armed conflicts, which create such unliveable conditions that people are forced to risk their lives on long voyages, where the sea (like the desert) remains almost always an unavoidable obstacle in a path that can determine salvation or death.

The report also tells us that more than two thirds of asylum requests are presented in only six countries: Germany, the United States, France, Sweden, Turkey and Italy. Out of these six, four are countries in the European Union. 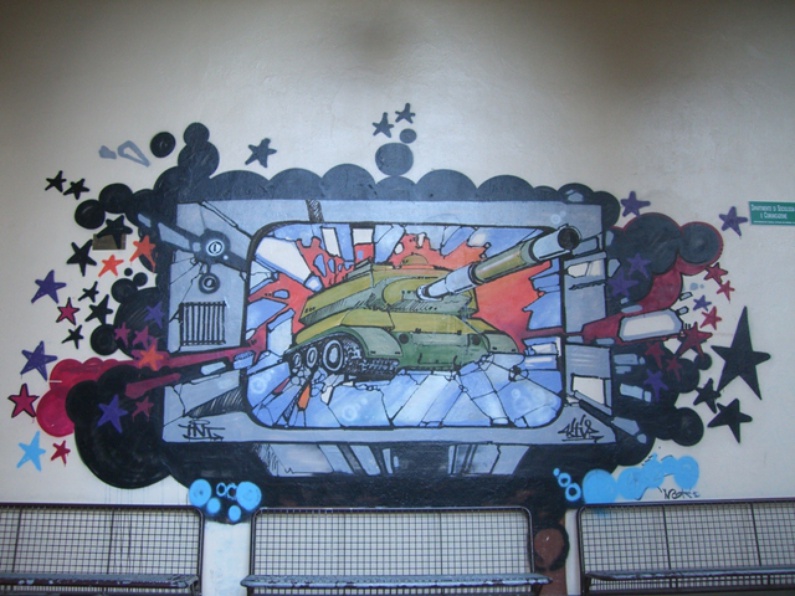 What is creating the conflicts?

The data is particularly embarrassing when one realises that the countries receiving the asylum requests are the very ones involved in the conflicts from which thousands of people are fleeing.

In 2001, the United States dragged numerous EU member states into Afghanistan against Al Qaeda, including Germany, France, Italy, Spain, Poland (entered the EU in 2004) and Romania (entered in 2007). In 2003, the conflict in Iraq against the regime of Saddam Hussein, based on the presence of non-existent chemical weapons, counted the presence of numerous EU states: Great Britain, Italy, Spain, Portugal, Holland, Denmark, as well as states only recented admitted into the Union, like Poland, Bulgaria, the Czech Republic, Slovakia, Estonia, Latvia and Lithuania, and Romania.

In 2011, France, Italy, Great Britain, Spain and Belgium took part in the NATO military intervention in Libya, supporting rebel forces attempting to overturn the Gaddafi regime. The Libyan dictator, an enemy for years, then turned precious ally of various states (especially Italy) thanks to his nation's oil and gas energy reserves, was engaged in operating detention centres for migrants, preventing their departures to Europe.

Human Rights Watch had denounced the torture and mistreatment practiced in Libyan prisons, when European governments peacefully slept through this pause in tragedies at sea thanks to Gaddafi's detention centres. But the migrant deaths returned as Libya collapsed into civil war. In 2011, almost 100% of migrants from sub-Saharan Africa departed via Libya. According to witness accounts from this period, Gaddafi'S military forced migrants to depart, to spite former allies Italy and Europe, knowing how much European governments would 'dread' their arrivals.

Syria has been in a civil war since 2011, where supporters and those opposed to Assad confront each other while the reasons (and reason itself) have been buried under weapons. Left in limbo for two years between proposed interventions and indifference, Syria has come back into vogue this summer, thanks to Isis and the decapitations of US and British citizens that exploded on the web. A new war appears on the horizon. The European Union seems reluctant, but it also seems to be difficult for it to elude this new call to arms. 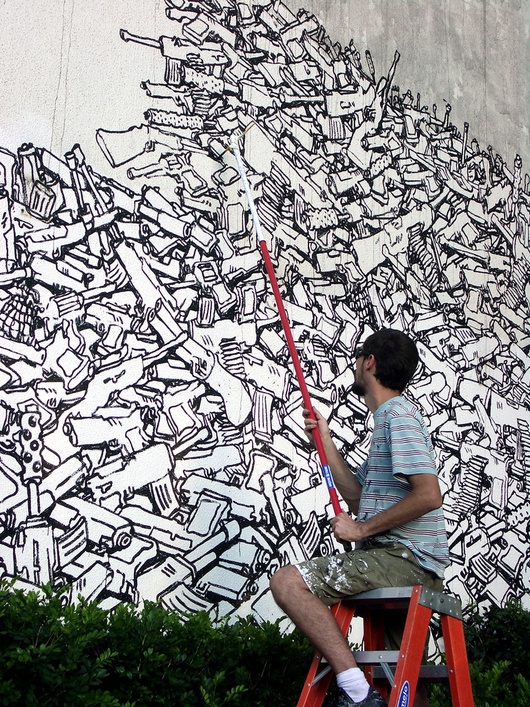 Who Provides the Weapons?

Alongside EU states' direct responsibility for the wars, one must not forget the involvement of the large national and multinational corporations.  According to a study by the Stockholm International Peace Research Institute (SIPRI), released by the Economist in March 2014, over the last five years, the five largest arms exporters - America, Russia, Germany, China and France – made 75% of all  international arms exports. Following them are, in order, Great Britain, Spain, Ukraine, Italy and Israel. This means that the European Union as a whole  is the third largest weapons exporter in this period. In 2010, the total turnover was about 25 billion dollars, a steady increase from 2002, when it was just below 18 billion dollars.

The SIPRI data does not include the secret transactions involving ordinary small calibre weapons that travel on parallel and hidden routes, headed for faraway (often silent) conflicts in African states, where the buyers are not governments but warlords, gangs, mercenaries, and the mercilous rulers of small kingdoms controlled by the butt of a kalashnikov.

According to a 2010 study from the Africa Europe Faith and Justice Network, most small-sized weapons used in Africa come from China, Israel and more than 20 OCSE (Organization for Security and Cooperation in Europe) states. This includes Nigeria, Congo, where war has been waged in North Kivu for over 20 years, and also in the Central African Republic and Eritrea.

Then, there are the interests closely linked to natural resources, with France's exploits in West Africa the most explicit example. Rather than breaking the chains to its colonialist past, French governments have committed to supporting presidents, internal fighting, and wars for the sole purpose of guaranteeing their own business affairs and privileged access to the African continent's indispensable energy resources and raw materials. The latest tumultuous act of what has been dubbed 'Françafrique' was in 2013, with a quasi-invisible war in Mali.

According to international observers, the usual 'fight against (Islamic) terrorism' was used as a smokescreen to conceal interests principally linked to exploiting uranium. Although, on a strictly military level, the French contributed to recapturing the main towns held by Islamic groups in a relatively short period of time (February - April 2013), it's important to remember the warning made by Dominique de Villepin, France's prime minister from May 2005 to May 2007 under the Chirac presidency.

In an interview released by Journal du Dimanche on 12 January 2013, he declared, “I'm disturbed by the unanimity, the apparent rush, the déjà-vu of the 'War on Terror's arguments. [. . .] Let's learn the lessons of a decade of wars lost in Afghanistan, in Iraq, in Libya. These wars have never managed to construct a firm and democratic state. On the contrary, they favour separatists, failed states, the iron rule of armed militias. These wars will never eliminate terrorists spreading through a certain region. On the contrary, they legitimise the most radical elements.” If the words of activists and pacifists are not to be believed, does a former prime minister's version count for something more?

Fewer Nobels for All 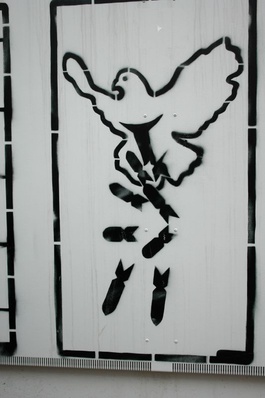 In this framework, it's no coincidence that among the thorniest of Nobel Peace Prizes of the last few years was the one awarded to the European Union, given its member states' participation in the aforementionned  international conflicts. While the Second World War was followed by a vast process of peacemaking and continental integration (primarily through trade agreements), the European states have since failed in their role as promoters of peace. This is primarily due to Europe's obsession with the myth of 'exporting democracy,' which has been enacted more through its military presence than by playing a strong diplomatic and conflict-mediation role. Faced with significant economic interests, rule by gun has prevailed. Inevitably, the poorest and most vulnerable end being those who pay.

Read other articles in the Cafébabel Brussels' Migration Dossier and "Voices of Lampedusa", our series of interviews with those who are experiencing the consequences of European policy on this small island.

Translated from Da quali conflitti fuggono i migranti? Guerre 'Made in UE'