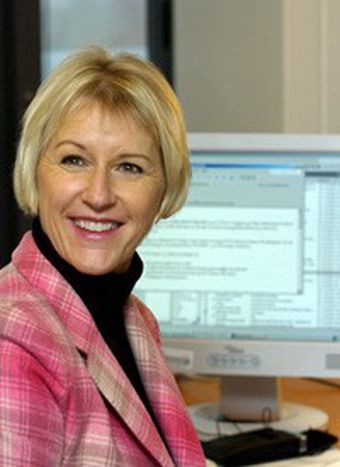 In Europe, the European Commissioner Margot Wallström and the word ‘blog’ are mentioned in the same breath. Since Wallström started her own blog in January 2005, she has gained celebrity status in the blogosphere

Margot Wallström has become a phenomenon of the blogosphere. Within the first year of her blog’s existence, over 4000 comments were made on her posts, and other bloggers now regularly link to the Vice-President of the European Commission in charge of communication's webpage. The European Parliament celebrated it as a hit. However, it has also been criticized as something of a joke, as it tries to engage with broader issues of alienation by talking about precisely the priveledged lifestyle that eurosceptics find alienating. The question remains as to whether Wallström’s blog is a successful way to encourage European debate, or a means of self-promotion.

“What I like most about the European debate is its diversity,” writes a commentator on the blog. The debates occurring within the blog are anything but structured. They jump from European enlargement to book recommendations. Some commentators directly reply to the Commissioner’s posts, while others use the blog as a platform for debate amongst themselves. It is difficult for an outsider to follow the discussion threads.

But this is what makes Wallström’s blog a truly chaotic European discussion space, as well as a channel for insight into the life of a European Commissioner.

The freedom to be different

Wallström’s blog is a place of freedom of speech. Anyone with access to the Internet can write a comment. The moderator, Joe Hennon, then allows these comments to be published. He says he has only had to disallow seven or eight comments over the first year, indicating the truly open nature of the discussion. Mr. Hennon also acts as a source of information within the discussions, referring readers to EU websites, or clarifying issues concerning the European institutions.

The fact that most of the comments, including Mrs. Wallström’s posts, are written in English has attracted many British participants, especially in the beginning. Mr. Hennon recalls that the blog used to be fairly unbalanced.

However, after the rejection of the European constitution, the blog started drawing in other Europeans. “I think we got the best scenario with the French and Dutch knocking the whole constitution discussion on the head and launching the real debate about the future of Europe,” the moderator says.

Over the first year the blog saw people from all European countries participating in the discussions, resulting in over 15,000 regular readers and almost 1 million hits on Wallström’s website.

Margot Wallström says that she saw starting a blog as a means to create a new virtual space for Europeans to engage in discussion. Looking at the ever increasing number of participants from all over Europe, it seems that the Commissioner’s efforts were fruitful.

Even though the debates are unstructured and hard to follow, the regular commentators appreciate the blog. “I believe this space offers a rare opportunity for European debate,” a French participant writes. Other commentators even celebrate the blog as a platform for opinion-forming on EU matters: “I find this blog is the only way to communicate with the EU. I sincerely believe this blog has done more for me to develop an interest in the EU than other attempts in the past.”

The blog also offers an interesting insight into the dealings of the European Commission. While Mrs. Wallström explains the issues she is occupied with, she also writes about her business trips and shares her Christmas dinner adventures.

In the recently published White Paper on a European Communication Strategy, the European Commission identified “giving Europe a human face” as one of the crucial elements for successful European communication. Commissioner Wallström has touched on exactly this point.

A computer with a human face

Commentators show that this humanisation is much welcomed. One of them states: “instead of just talking about communication and its importance, it is great to see she is actually doing it.”