Wallström: “Denigration is better than silence or apathy”

In an interview with café babel, Margot Wallström, the European Commissioner for Institutional Relations and Communication, reflects on ‘selling’ the EU and the importance of blogs 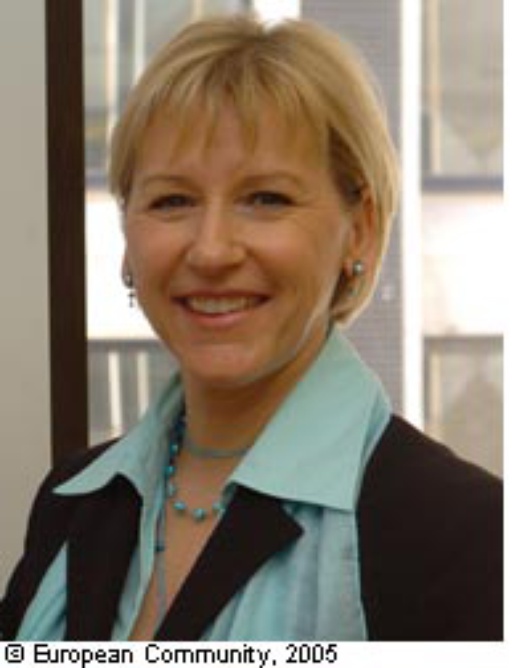 The EU is often accused of being a faceless, bureaucratic institution. In an attempt to combat this image, Barroso, President of the Commission, recently created Wallström’s post to, in her words, “improve the way we communicate 'Europe' to citizens”. She has taken things further by becoming one of the first politicians to have their own weblog, for which she has been both praised (for encouraging transparency) and criticised (for ‘dumbing down’ politics).

Many people have never even heard of blogs. Why did you decide to do one?

But is it really 'communication' or just toeing the EU line? After all, you must have to watch what you say...

Why does it have to be an "either - or" situation? Of course I'm toeing the EU line - that's part of my job as a Commissioner, but it is also [an expression of] my personal commitment. I don't have to watch what I say on the blog more than anywhere else, do I? I try to be as accurate and respectful there as anywhere else in my job or private life. And may I confess? It is actually fun to do the blog! I enjoy using my own expressions and reporting in my style about my daily life. You will agree with me that what is written in my blog is far removed from any press release or official speech. And that is important to me: that I can tell people about my life as a Commissioner, about me as a politician, about me as a person in my way.

Your blog seems to be fairly light-hearted and you even use 'smileys'. Is this an attempt to appeal to European youth?

It's not an attempt to appeal to anyone in particular - it's simply the way I am!

Do you read and respond personally to the hundreds of comments you receive?

Unfortunately there's not enough time to do so as thoroughly as I wish. But I get a lot of good ideas and angles of approach on the EU and on my work. I find that very useful.

And what about the nasty comments you receive? How are these useful?

They are actually quite few and they mostly come from the same people. They seem to race each other in order to be the first "anti-entry" :-). But seriously, people are entitled to have their own views, regardless of whether they are for or against what I write, say or do. And again, being accurate and respectful always gives a better atmosphere - I'm probably not the only one to prefer constructive criticism and dialogue to denigration. Having said that, even denigration is better than silence or apathy. Proof that people care and have strong views is always a good sign - it is democracy in action.

Do you think that blogs qualify as 'participatory journalism' or are they just online diaries?

I only speak for myself and my own blog, and I certainly don’t claim to have any journalistic ambitions with it. But it's much more than just an online diary to me. It's a very good way of (hopefully) reaching out to people and having a discussion on a wider variety of topics than is perhaps usually the case in 'EU Brussels'.

Do you think that European society is too 'mediatised' and what drawbacks do you see in allowing anyone with access to a computer to put their ideas online?

I don't think it's a question of whether society is too ‘mediatised’ or not - it's a question of how the media interact with those they report about and report for, and vice versa. It's no secret that some are better at that than others. I can see no more drawbacks in allowing anyone with access to a computer to put their ideas on line than in allowing anyone with access to a town square to stand up publicly and speak their heart. There should be no difference in decency or in rules.