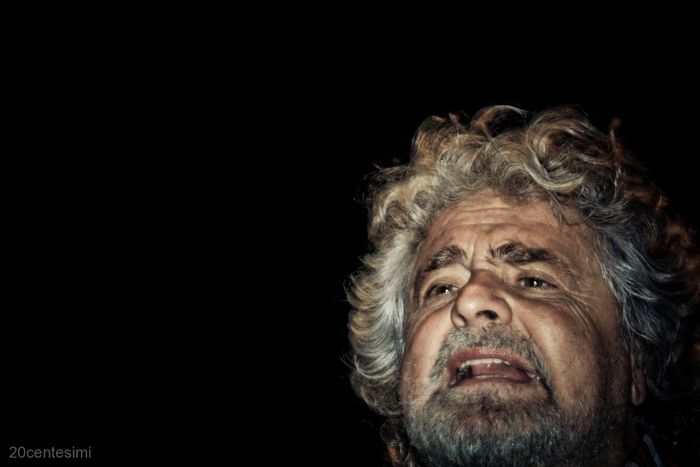 Wait, if I didn’t vote for Berlusconi, and you didn’t - who did?

The deadlock results of the early elections on 24 February in Italy – a hung parliament between a decent contender, Bersani, and a disgraced former prime minister, Berlusconi - have astonished the whole country. Who's feigning the truth?

Pier Luigi Bersani's centre-left democratic party (PD) and the centre-right people of freedom party (PdL) are currently fighting for a majority in parliament. Daniele Capezzone, the dull spokesman for the latter, called it ‘the miracle of Berlusconi’. For many Italians voting for Beppe Grillo, the former comedian-cum-political activist, was a noble protest at ordinary politics; they didn't expect his populist five star movement to be one of the most successful at the elections on 24 February (the party received 23.79% in the senate and 25.55% in the chambers, pipping them ahead of the PD - ed). It has turned out to be a huge bet on a dangerous risk.

The Italian daily La Repubblicaheadlined the grotesque elections ‘Italy: Risk of Being Ingovernable’. The 'Bel Paese' can’t help itself making light of a situation dominated by a man who is known as the ‘Cavaliere’, whose nocturnal hobbies with well-equipped girls are well documented, who has an improbable sense of humour, but who then manages to look butter-wouldn't-melt in what looks increasingly like it will be his fourth advent as prime minister.

So, what trick did Berlusconi have up his sleeve? Was it his pro-Mussolini comment on holocaust day? The Balotelli-shaped gift to Milan football supporters? Or the amazing promise to refund the IMU tax (introduced by the current technocrat government as a tax on every home rather than every second home - ed), that packed most of the older generation of Italians off to the post office to put in their financial claims? Beyond the worrying looming shadow of Berlusconi hanging over Italy, and the irrelevant presence of his opponents Oscar Giannino ('stop the decline' party, 0.9% in the senate and 1.1% in the chambers), and Antonio Ingroia (civil revolution party, 1.8% in the senate and 2.2% in the chambers), the most surprising result was also the defeat of outgoing prime minister Mario Monti. The Italians have signalled clearly that they did not appreciate his technocratic government, the forced spending review of this ‘Professore’ and the austerity ticket adopted by his ministers. Italian voters have shown their malcontent by voting for the image itself of corruption.

Italians also offered themselves a ‘symbolic’ vote with unpredictable consequences which poses a real risk for the whole country. Italy couldn’t resist the fascination of the ‘guru of anti-politics’ and his charming vulgar slogans. Italians finally hoped a ‘vaffanculo-day’ ('fuck you day') could be the only solution to escape their crisis.

Read 'Beppe Grillo: ‘Italy is as little a country now as it was 150 years ago’' on cafebabel.com

The most important result in this collective psycho-drama is what has been described as the 'Grillo Tsunami', a non-party (which will be obliged to become an official one now), that has reached 20% of consensus in Italy - one voter in four - within a few years thanks to its non-conventional campaign. This included shunning television and exploiting every potential that the internet has offered, from digital democracy to the spreading of Beppe’s Grillo’s word; after all, his is the most followed blog in Italian e- networks.

In the aftermath, the social networks are replete with Italians who are looking for the fastest and sharpest comment about these failed elections. They amuse themselves by listing the destinations they will emigrate to, and continue to make puns and vulgar jokes, showing off their own arrogant attitude towards those ‘same old ones’ who essentially voted for Silvio Berlusconi again in 2013. It is a theatre of absurdity which looks like déjà-vu. A full on ‘voter-hunt’ has emerged, as people point the fingers at their fellow citizens who have ‘cheated’. The internal affairs minister says that 75% of Italians went to vote, almost 6% less than in 2008. If Berlusconi is the result they have chosen, it would have been better if they have stayed on their sofas at home, keeping up the facebook tirade.